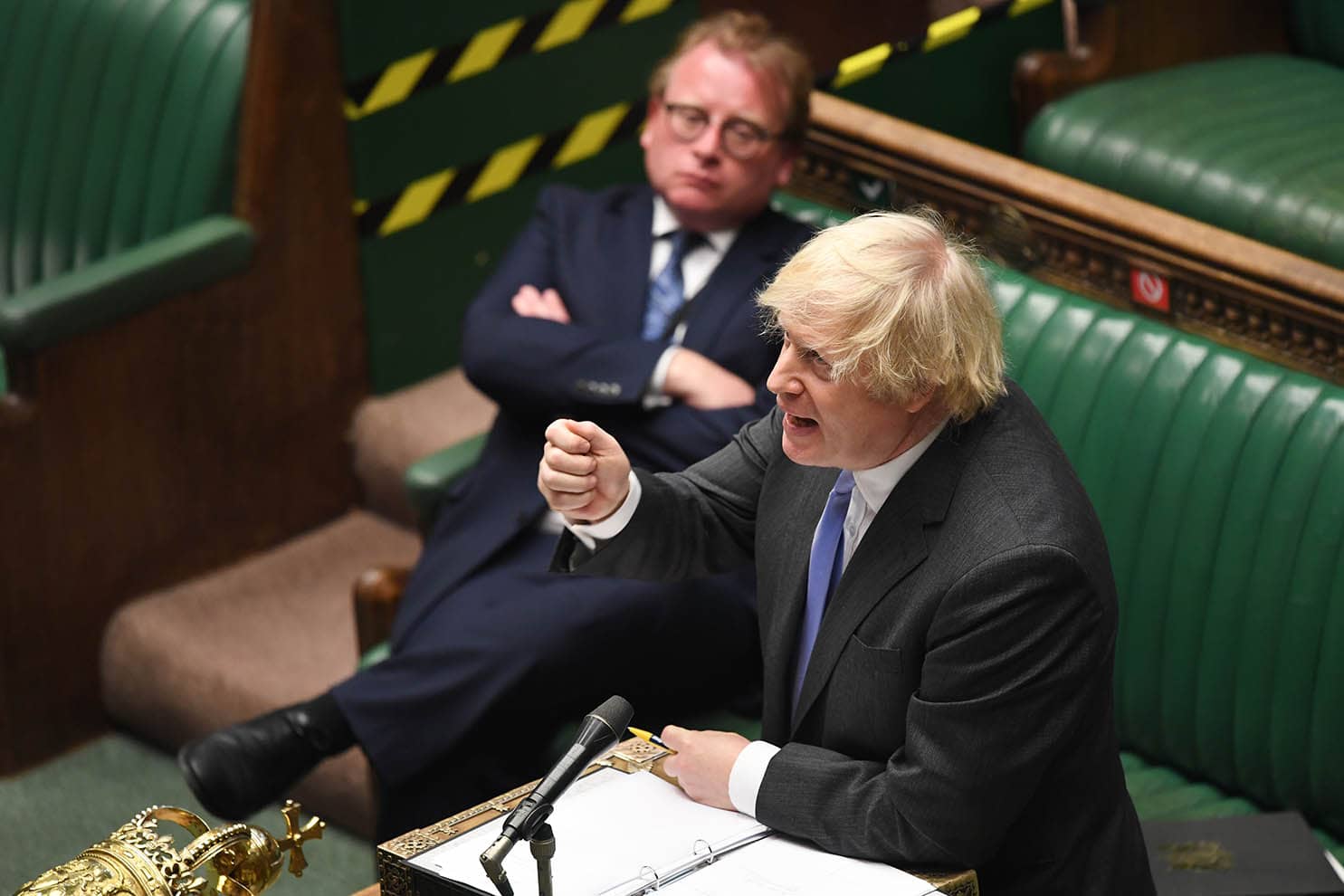 While the British Pound has stabilised over the course of the past 24 hours it retains a soft underbelly with analysts saying further near-term losses are likely, even if ultimately there remains a chance the EU and UK will agree a free trade deal before the year ends.

Political uncertainty will remain elevated - conditions that traditionally aid Sterling weakness - after the UK Parliament passed the first stage of the Internal Market Bill with the Government winning by 340 to 263.

There was speculation that a sizeable mutiny amongst the Conservative Party was growing, however this ultimately never materialised.

The EU has given the UK until the end of the month to amend controversial elements of the Bill or face being sanctioned as some elements of the legislation contained in the Bill would give the UK the right to override elements of the Withdrawal Agreement. (See the explainer at the bottom of the article).

With the UK intent on pursuing the legislation it appears the two sides are set for a showdown that could ultimately result in trade negotiations breaking down altogether.

Either way, uncertainty is high and in this febrile atmosphere the Pound is expected to remain under pressure with any strength ultimately proving limited.

"GBP has predictably fallen in the aftermath of these developments, with EUR/GBP pushing towards our previous 0.91 target. But given the potential scope of the political and economic implications of pushing in this political direction, we now raise our near-term EUR/GBP target to 0.9200," says Shahab Jalinoos, a foreign exchange analyst at Credit Suisse.

The Pound on Monday recovered some of the losses suffered in the previous week, with some analysts saying the Pound might have absorbed much of the bad news and uncertainty into its price for the time being. Therefore, the bar for further declines is now set high.

"Outsized moves in GBP (last) week have injected a sizeable risk premium in GBP. It's now trading at a decent discount on our short-term valuation, underscoring that some of the recent Brexit news has already been priced in. At the very least, this backdrop suggests that in the coming weeks GBP would benefit more from good news rather than sink further on bad news. We still expect more volatility but risk/reward favours taking profit at these levels," says Mark McCormick, Global Head of FX Strategy at TD Securities.

With the UK set to pursue the Internal Market Bill, eyes will turn to the EU for their response, which could have a bearing on how Sterling trades over coming weeks.

A taster was provided on Monday when it was reported the EU was considering delaying a decision on allowing City of London institutions the right to continue clearing Euro transactions for EU-based clients due to concern over the UK's plan to breach the Brexit divorce settlement, with Reuters quoting "a derivatives industry source".

The threat is significant given the importance of the financial services sector to the UK economy, but it is also worth noting the decision poses significant risks to EU businesses that rely on London for FX clearing.

London is by far the biggest foreign exchange market in the world with data showing the UK commands 43% of the global volume of foreign exchange transactions, with New York - its nearest rival - only commanding 16.5% of global currency trade.

The EU doesn't have the market depth to replace London and therefore the move appears to be a high-risk play in the ongoing spat over the UK's decision to publish domestic legislation that would override elements of the Withdrawal Agreement signed in late 2019.

The European Commission said on Thursday September 10 the EU would give the UK until the end of September to withdraw legislation that it says seeks to undermine the Withdrawal Agreement reached between the two sides in 2019.

Many analysts believe that the EU and UK are engaging in brinkmanship owing to the impasse in Brexit negotiations, and that ultimately a way forward will be found and a deal ultimately signed.

"We think both sides will come to an agreement, eventually, but at the moment there seems little interest in concessions. This implies more volatility in the months ahead for sterling, and most probably this could run into next year," says Thomas Flury, Strategist at UBS.

It is widely claimed that the passing of the Bill would mean the UK breaks international law, however this is not true as the UK would have to actually exercise the powers provided by the Bill for the treaty to be broken. We highly recommend the following quick explainer by Blonde Money:

"The passing of this Bill does not constitute the exercise of these powers. If they were ever needed, ministers would return to this house with a Statutory Implement on which a vote would be held," Prime Minister Boris Johnson told Parliament.

In turn, the UK would only theoretically seek to exercise the contentious elements of the Bill were they to believe the EU were acting in bad faith or threatening the UK market.

We are therefore most likely witnessing a move by the UK to try and strengthen its hand in ongoing trade negotiaitons, which if they ultimately succeed, will see Sterling power higher.