Friday's round of Brexit trade negotiations were unexpectedly called off on Thursday, a move that appears to have contributed to a fading back in the British Pound's short-term recovery rally.

Talks were scheduled to end on Friday, however negotiators unexpectedly announced the ending to the first round of 'intensified' negotiations on Thursday mid-day, a highly unusual development that can only point to some element of disagreement.

According to the EU's Chief Negotiator Michel Barnier, "after four days of discussions, serious divergences remain".

The points of contention cited by Barnier centre around the following three now-familiar topics:

The loss of a days talks will compress an already tight schedule, which foreign exchange markets will understandably interpret as being a negative development.

"Investors are becoming nervous about the lack of time available for negotiations, about the prospect of a rushed, bad deal and also about the willing of Johnson’s Brexiteer government to accept any sort of compromise," says Jane Foley, Senior FX Strategist at Rabobank.

The Pound-to-Euro exchange rate had bounced back over the course of the past three days, but the rally appears to have fizzled out with the pair quoted at 1.1050 ahead of the weekend and we remain of the view it will struggle to find meaningful upside. The Pound-to-Dollar exchange rate has meanwhile stalled in the middle of a multi-week range between 1.28 and 1.21 at 1.2464 and is looking somewhat rudderless. 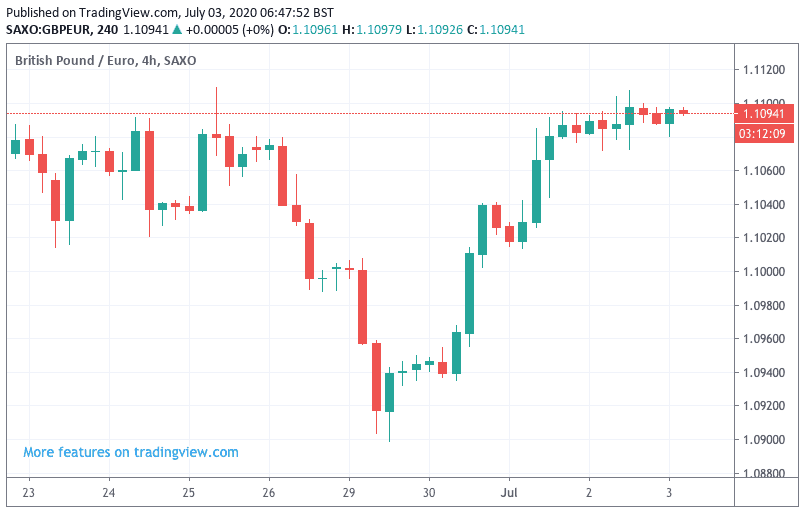 "This does not (yet) sound like real progress. Perhaps it's tactics for both parties to be playing for time. But soon we will get to the summer recess so that the time for the far-reaching agreement the EU wants to vote on in autumn is beginning to run out. Next week the talks will continue in London, but I fear that in view of tough negotiations like these there will either be sleepless nights due to a negotiating marathon at year-end, a shot-from-the-hip-agreement or even a no deal Brexit. None of which offers good prospects for Sterling," says Antje Praefcke, a currency analyst at Commerzbank.

The abrupt end to talks is suggestive of significant friction being generated by the two sides, with the Telegraph interpreting a short statement issued by Barnier following the talks as essentially accusing the UK of lacking respect.

"The EU expects, in turn, its positions to be better understood and respected in order to reach an agreement," said Barnier.

Reading between the lines, it appears the UK side is taking a steadfast position on their red lines and this is frustrating Barnier and his team.

According to Stephen Gallo at BMO Capital Markets, the UK will feel they can be more robust in their approach owing to the covid-19 pandemic.

"We believe the prospect of a WTO exit from the transition by the end of 2020 has increased. The trade-off is simply this: in light of COVID-19, is the cost of moving to WTO trading terms with the European Union high enough that it would justify extending the transition period and getting bogged down in negotiations concerning the EU’s Level Playing Field demands, EU rules on state aid, European Court of Justice jurisdiction, non-regression on existing EU laws and reciprocal access to fishing waters?"

"We are leaning towards 'no'," says Gallo. 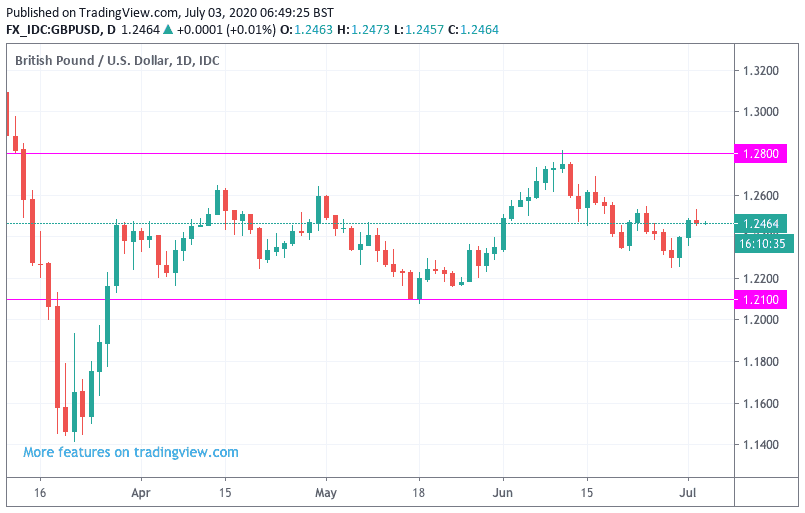 Despite the dose of Brexit intrigue served up this week there remains quite a bit of road to travel before markets can conclusively assume the two sides will start 2021 trading on World Trade Organisation terms, which represents a worst-case outcome for Pound Sterling.

Indeed, the bottom has not fallen out of Sterling exchange rate markets following this week's developments, rather the currency has just had its recent short-term rebound blunted somewhat.

This tells us that while nerves are elevated it will take some more discernible signs of failure for markets to become worried.

Indeed, readings of the recent developments suggest the talks are going as one would expect.

We find the analysis and commentary of Nick Gutteridge - a freelance Brussels reporter - to be valuable when trying to read both sides.

"People will justifiably interpret these statements in a gloomy light. But they're anodyne, brief, and both sides are being achingly polite. There will be no podium bashing this week - a departure from the briefing skirmishes of recent months. Read into that: It's getting serious," says Gutteridge.

"The negotiations have been comprehensive and useful. But they have also underlined the significant differences that still remain between us on a number of important issues," said the UK's lead negotiator David Frost in a brief statement following the latest round of EU-UK trade negotiations that concluded on Thursday.

Frost added the UK remains committed to working hard to find an early understanding on the principles underlying an agreement out of the intensified talks process during July.

"Frost's statement is interesting given the UK side has been very proactive comms-wise. It's the bare minimum and strikes a different tone to his tweets just a week ago. He also talks of face to face talks giving extra 'flexibility' - a word Barnier has been using a lot lately," says Gutteridge.

Barnier's brief statement, also said: "the EU side had listened carefully to UK Prime Minister Boris Johnson's statements in recent weeks, in particular, his request to reach a political agreement quickly, and his red lines: no role for the European Court of Justice in the UK; no obligation for the UK to continue to be bound by EU law; and an agreement on fisheries that shows Brexit makes a real difference."

According to one Brussels watcher, this is not necessarily a bad statement.

"A carefully weighted statement from Michel Barnier, but also some clear signs that the EU has been thinking about how to accommodate UK red lines," says Jim Brunsden, Reporter for the Financial Times in Brussels.

Talks are certainly deadlocked, but there are certainly intense negotiations going on behind the scenes, and the prospect of some kind of deal being agreed by October is relatively high.

"We expect some form of a UK-EU trade deal to be agreed by October this year and GBP to recover by year-end," says Petr Krpata, CFA, Chief EMEA FX and IR Strategist at ING Bank.

However, Krpata says to expect a high degree of uncertainty to prevail and the near-term outlook is therefore viewed as GBP negative.

ING forecast the Pound-Euro exchange rate to trade around 1.0870 this summer.