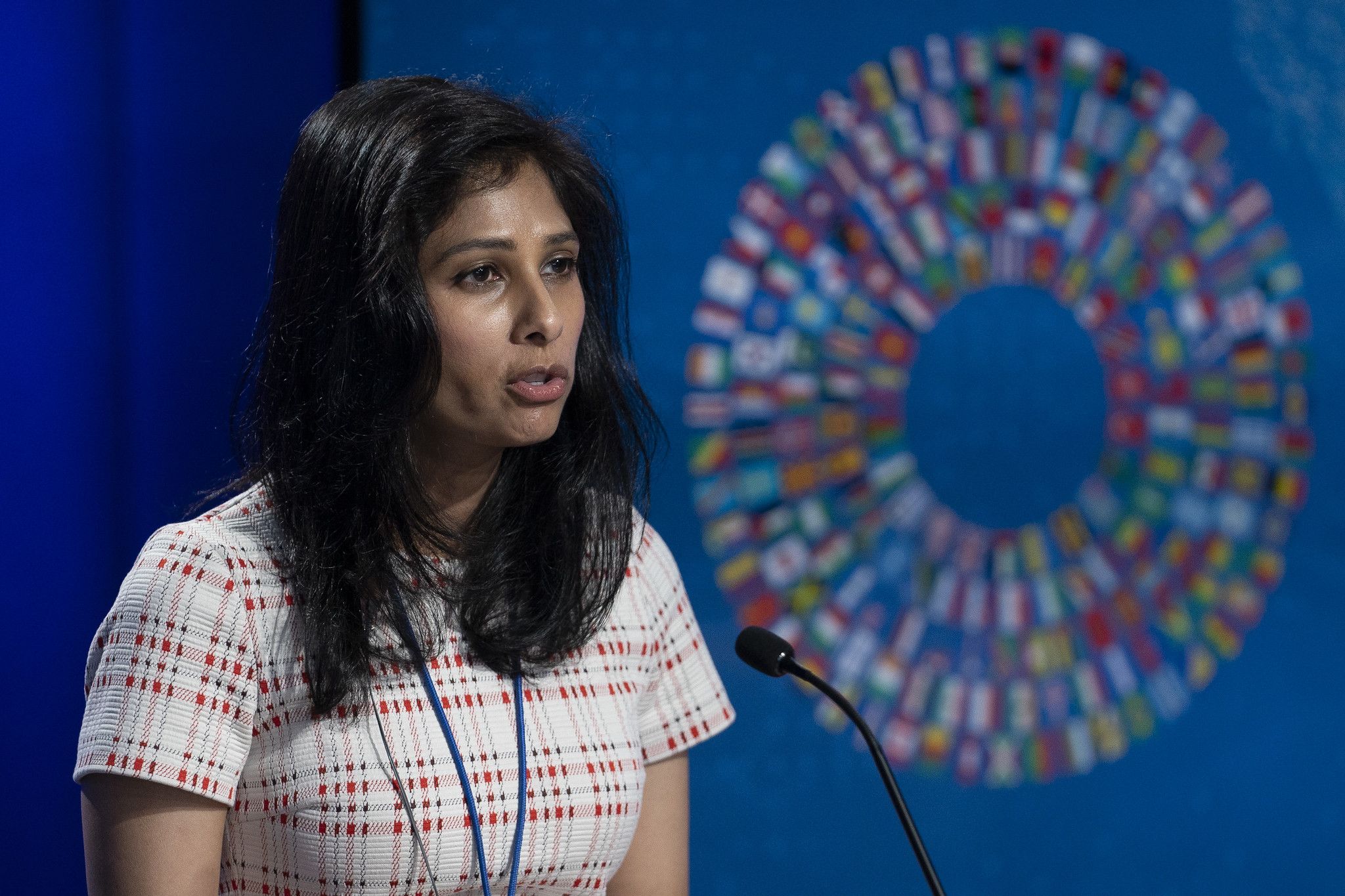 Above: Gita Gopinath, Chief Economist & Director of the Research Department at the IMF

A leading foreign exchange analyst says the British Pound's two-week run of gains against a number of key currencies could be coming to an end, as investors face up to the reality of a deep economic contraction in the UK and across the globe.

Certainly against the so-called safe-havens - of which the Yen, Franc and Dollar are classed - it does appear the recent recovery rally is capping out in line with a broad-based drop in global stock markets and commodity prices.

"Sterling’s valiant recovery has taken a hit... with GBP/USD down over 0.8%, over 100 pips lower than the high of the day. GBP/EUR has also surrendered a lot of yesterday’s gains, highlighting just how precarious these markets are amid these unprecedented times," says Vessey.

The shift in fortunes mark an abrupt about-turn for the investment community that had this week bizarrely priced the world's flagship S&P 500 index at the same level as it was in 2019. To highlight the absurdity of the recent rally, it has been pointed out that if you had bought exposure to the S&P 500 in August 2019, you would have been in profit by April 14 2020.

Market sentiment has over the past two weeks apparently swum against an incoming tide of bad news concerning the global economy, with stock markets rising on a bet that global central banks such as the Federal Reserve had injected enough fresh money into the system to keep markets afloat.

For Sterling, the improved appetite amongst the world's investment community proved beneficial, but this sentiment is now being questioned.

A slew of disappointing earnings data out of the U.S., negative economic survey data for March and a dire forecast from the IMF have all combined to remind markets that there is only so much central banks can do.

"The dismal updated economic forecasts by the IMF paint a bleak picture for the UK, predicting the loss of output next year to be above 5% compared with October 2019 forecasts. The economic impact of the UK lockdown is already being felt, but should the infection rate continue to rise, it will be difficult for the government to ease restrictions, therefore exacerbating the economic problem," says Vessey.

The IMF said that as a result of the pandemic, the global economy is projected to contract by 3% in 2020, which is much worse than during the 2008–09 financial crisis.

The global economy is projected to grow by 5.8% in 2021 as economic activity normalises, helped by policy support.

"The risks for even more severe outcomes, however, are substantial," said the IMF in their World Economic Outlook report for April 2020. 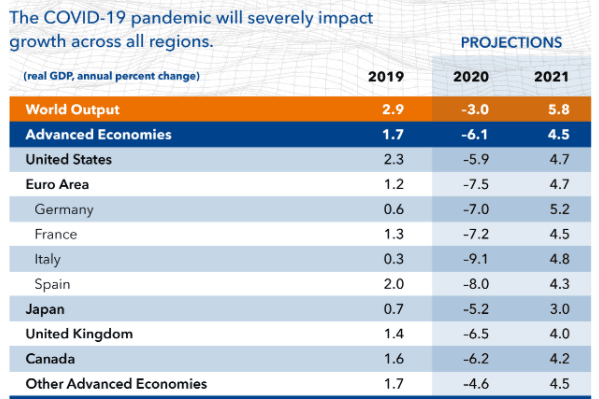 Hammering home the negative sentiment is a renewed decline in oil prices, with the latest IEA report suggesting global oil demand will fall by a whopping 29 million barrels per day in April alone.

With the Pound tightly correlated to global investor sentiment it is little wonder Sterling has sunk lower.

The UK economy has a sizeable financial services sector, with the City of London being a global financial capital. When investors run scared, a huge demand is made on capital which typically sees Sterling-based assets liquidated which in turns puts downward pressure on the Pound.

The British Pound sank in the first half of March as a market meltdown is believed to have seen vast sums of international capital exit the UK as desperate investors and corporates clamoured for cash.

However, the currency recovered through the second-half of March and into April after global central banks stepped in and injected fresh money into the global economy. Of note was the creation of swap lines by the U.S. Federal Reserve with other global central banks to increase dollar funding on March 19, a move that coincided with a recovery in Sterling.

With the latest return to weakness, it appears the high-water mark for the Pound-to-Dollar exchange rate will be the one-month high achieved on Tuesday at 1.2646, while the Pound-to-Euro exchange rate looks to have painted a temporary high at 1.1516.

However, Sterling can be expected to advance against a bevvy of currencies that tend to perform poorly in times of market softness such as the Australian and New Zealand Dollars.

We have seen GBP/AUD and GBP/NZD put in some strong gains over the course of the past 24 hours, ensuring two weeks of decline for Sterling have come to an abrupt end.

The bottom line is that we are in a financial world where market sentiment is wholly fixated on the coronacrisis with financial assets falling somewhere along a sliding scale that is 'risk on' on one side and 'risk off' on the other.

"The Risk On – Risk Off (RORO) phenomenon is back with a bang," says David Bloom, Head of Global FX Research at HSBC. "This means that a much wider range of financial market assets are moving in a closely correlated manner and are being primarily driven by one specific factor."

According to HSBC, when sentiment is negative, the USD, JPY and to a lesser degree the CHF perform well. The losers have tended be NOK, AUD, SEK, and NZD. "GBP has also moved into the risk on bucket, possibly because of Brexit and the economy’s gradually softening ties with the big, closed economy of the Eurozone. We would expect RORO dominance to persist for the time being," says Bloom.

For now markets are turning increasingly 'risk off', and we remain unsure as to how long it will take before the sentiment shifts back towards those financial assets on the 'risk on' side of the scale.