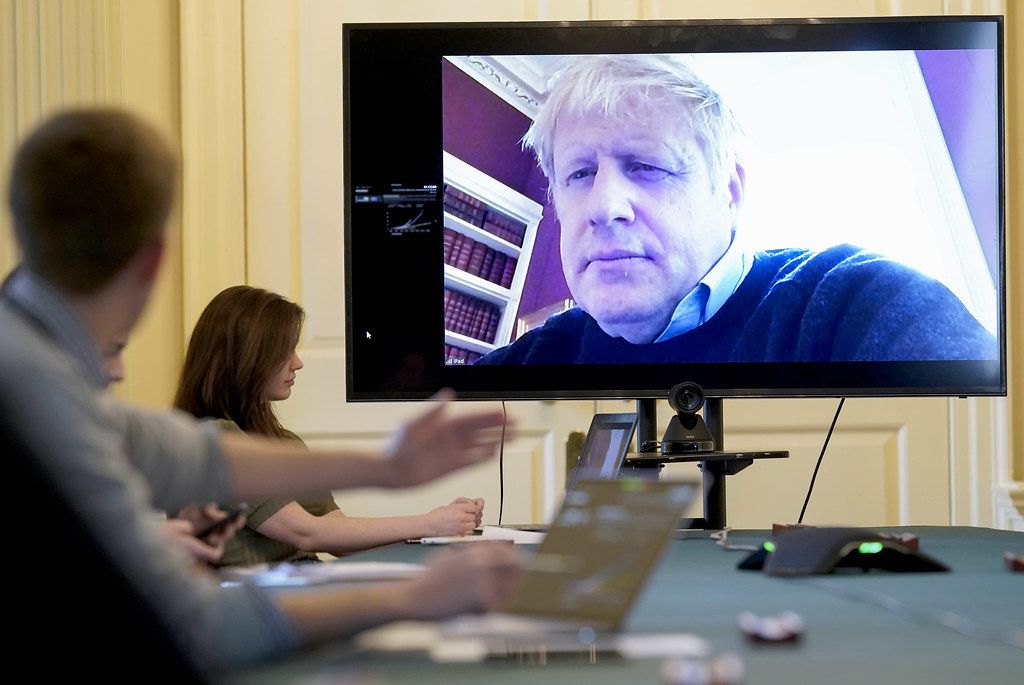 The British Pound dropped at the start of the new week on news that the UK's Prime Minister Boris Johnson had been admitted to hospital over his ongoing covid-19 infection, however the currency appears to have recovered in sympathy with a rally in global stock markets which came as investors cheered a potential slowing in the rate of spread of the coronavirus pandemic.

Reports say the Prime Minister was admitted to hospital on advice of his doctor and that the move was precautionary and it was not an emergency admission.

The news is said to have sparked an initial move lower in Sterling at the start of the week.

"Pound lower in early Asia trading on news that UK PM Boris Johnson has been admitted to hospital. Move being quickly faded (rightly so). No words here - not a market event and focus should be on PM's health & recovery," says Viraj Patel, FX and Macro Analyst at Arkera.

"Sterling sentiment could be determined by the health of UK PM Boris Johnson in the coming days," says Robert Howard, Options Analyst at Thomson Reuters. "The longer he remains in hospital, the greater the risk will be to GBP. Conversely, the pound may benefit if Johnson returns to 10 Downing Street by Easter."

While Sterling did maintain a heavy tone during the Asian session, it soon went higher when European markets opened for the day: the Pound-to-Euro exchange rate is quoted as at 1.1341 at the time of this article's update, the day's low was at 1.1295.

"Optimism reigns in Asian equities on hope of a flattening pandemic trend. Oil is only slightly softer as OPEC+ is delayed to Thursday, optimism still wins. Asia sold GBP on BoJo hospitalisation but it’s bounced as Europe wakes up. EM defaults may be the next big market test," says Kit Juckes, Global Head of FX Strategy at Société Générale in London.

The question of the Prime Minister's health will likely be a point of consideration for foreign exchange markets going forward and we would consider any deterioration in his health to be negative for Sterling.

This is simply owing to the fact that this increases political uncertainty in the UK, and as recent years have shown Sterling dislikes uncertainty.

"Boris Johnson has been hospitalised, a risk scenario which, in my opinion, shouldn't be underestimated. In fact, the GBP is highly sensitive at present. Get well soon Boris!" says Marc-André Fongern, Head of FX Spot & Options at Fongern Global Forex.

According to the Times Johnson was driven to St. Thomas’ Hospital, across the Thames from Westminster, at about 8pm, and given oxygen treatment. He did not need an ambulance.

Officials emphasised that it was not an emergency admission. They said that his doctor had wanted him to be assessed in hospital. No 10 said on Friday that his temperature remained high; this explained why he had not come out of isolation after the seven-day minimum period.

Foreign Secretary Dominic Raab is the designated successor if Johnson becomes incapacitated, although the Prime Minister's office has stressed to the media the prime minister remained in charge of the government.

Pound Sterling rallied to a fresh high of 1.1441 in the week ending March 03, ensuring that a short-term uptrend that has been in place since March 19 remains intact and we maintain a view that how Sterling performs will be the overall performance of global markets, as we have established market sentiment is a critical driver of Sterling in these coronavirus-impaired times.

The stabilisation in global markets since mid-March comes courtesy of an incredibly sizeable intervention by the U.S. Federal Reserve and appears to have played positively for Sterling.

"European markets have kicked off the week in impressive fashion, with the FTSE 100 seeing the first weekend gap higher since the selloff began back in February. Coming off the back of a week which saw huge declines in payrolls and a record-breaking spike in initial jobless claims, the current outperformance highlights the relatively robust nature for stock markets compared with the weeks gone by," says Joshua Mahony, Senior Market Analyst at IG. 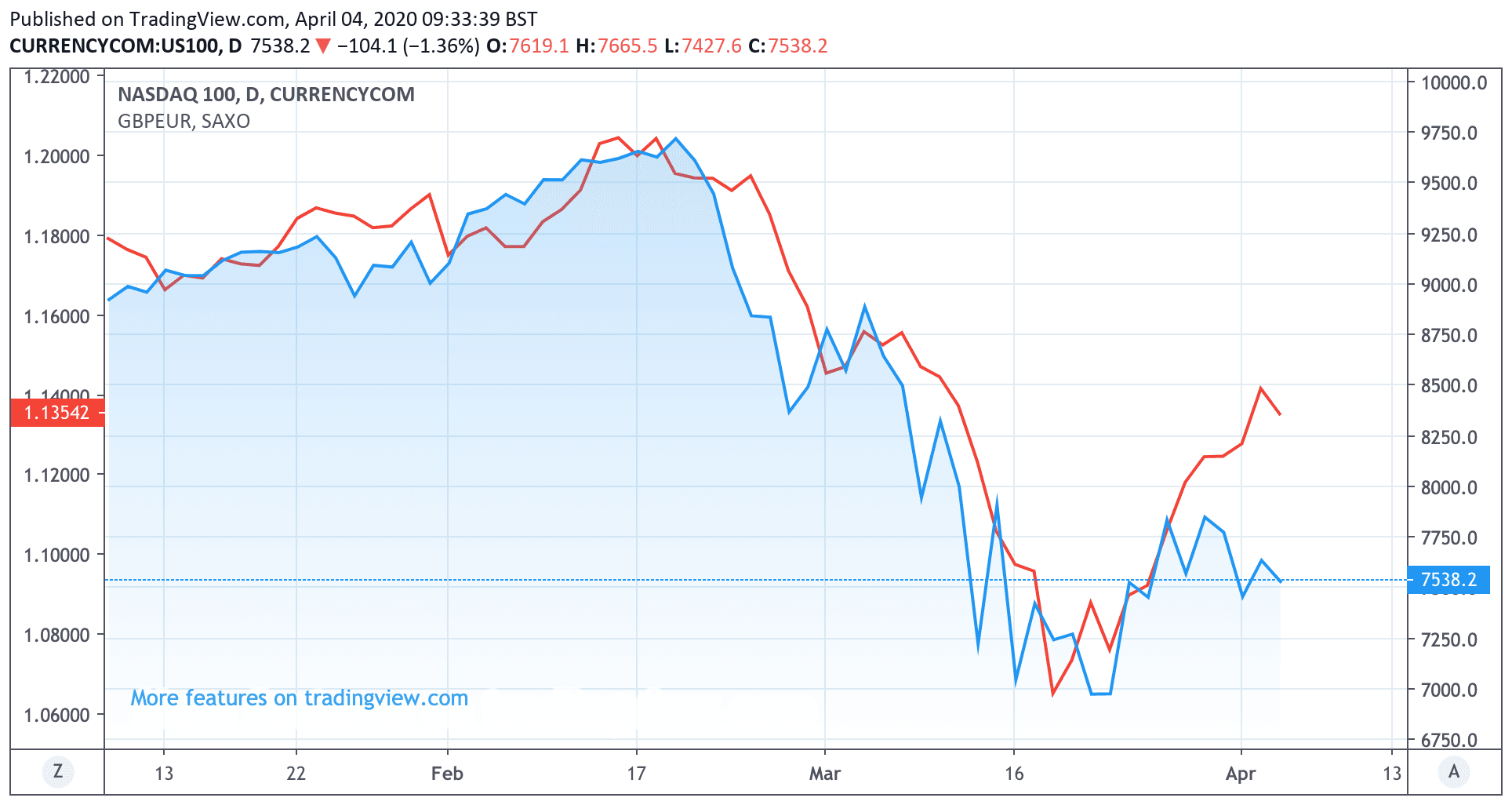 Above: The GBP/EUR and S&P500 have shown a strong correlation, suggesting global investor sentiment is key for Sterling. There has however been a break in the correlation since the Federal Reserve increased dollar liquidity into the global financial system.

Sterling and global markets have stabilised together, therefore for Sterling to retain a constructive tone we would need the global investor community to remain relatively optimistic that brighter days lie ahead.

"With a decline in daily mortality rates across the likes of France, Italy, and New York, we are seeing some optimism that the current restrictions could be shorter than many had previously speculated," says Mahony. "However, without a cure or vaccine, any easing on the current restrictions would likely short-term in nature, sparking a likely surge in cases before long." 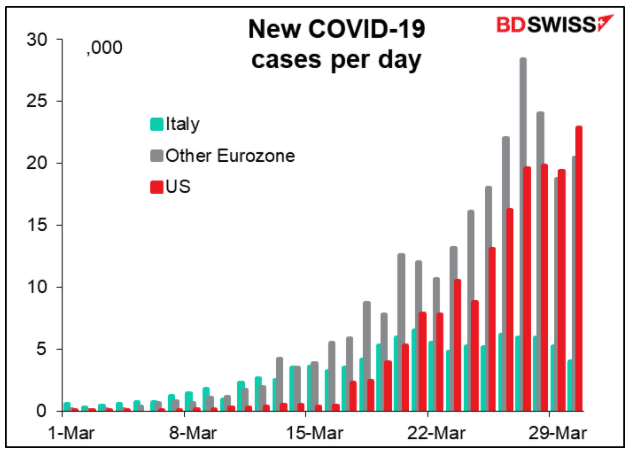 We are however wary that markets are defying gravity at the present time, with the latest official employment numbers out of the U.S. suggesting a huge surge in unemployment is underway that might not be fully appreciated by market participants.

Non-farm payrolls for March read at -701K, which is a deeper decline than the -100K that economists predicated. The unemployment rate rose to 4.4%, up from the previous month's 3.8%.

"With the survey week for this report coming before the monster initial jobless claims prints, today's release wouldn't have picked up the significant weakening of the labour market more recently, which makes the weaker than expected results more disappointing," says Andrew Grantham at CIBC Markets.

"Given the scale of job losses implied by those weekly claims figures, the unemployment rate will likely move above 10% in short order in Q2," adds Grantham.

The question is whether or not the investor community is adequately priced for the substantial economic shock ahead.

Market participants remain focussed on the economic toll of the coronavirus pandemic, with a lack of certainty as to how far the collapse will extend proving to be a key factor in ensuring traders maintain a defensive stance.

The British Pound was seen giving back some of its advances against a host of different currencies in line with a softening of investor sentiment, with the losses taking some of the shine off what has been a relatively strong week for the UK currency.

Looking ahead, how markets trade next week will determine whether the Pound's recent recovery run can extend or whether downside pressures start to build again.