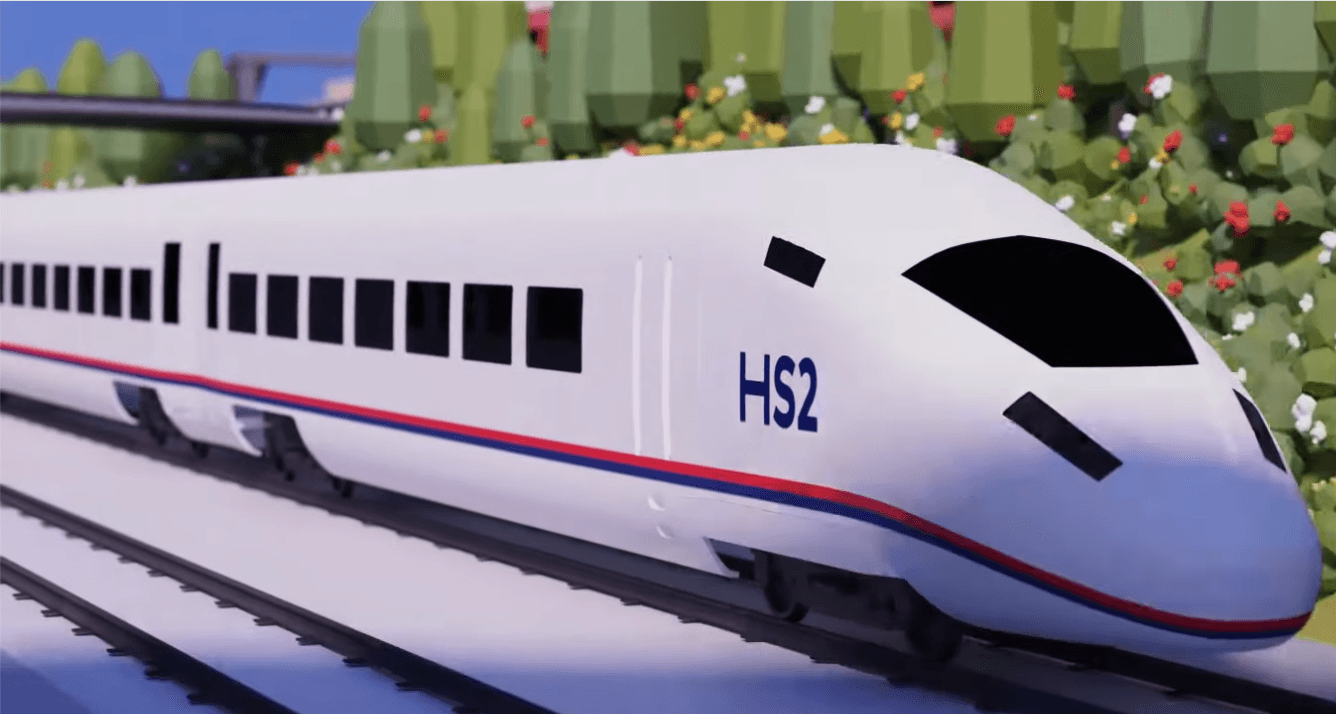 The government's announcement that the HS2 high-speed rail project will go ahead has confirmed the UK could be on the cusp of a significant fiscal stimulus, that could ultimately provide a solid base of support for the British Pound in the first half of 2020.

The Pound rose for a fourth consecutive day against the Euro, U.S. Dollar and a host of other major currencies on Wednesday amidst ongoing expectations for an improvement in UK economic growth following the General Election outcome and a sizeable increase in government spending. Sterling found renewed upside momentum on Tuesday after It was confirmed that GDP in the UK grew  by more than expected in the month of December and the announcement that HS2 would go ahead hinted to markets that the government is in the mood to loosen the purse strings.

"The prospect for looser UK fiscal policy is supporting GBP," says Elias Haddad, Senior Currency Strategist at CBA. "The UK 2020 fiscal stance is already projected to be the most stimulative since 2014. Based on the Conservative party’s manifesto the fiscal thrust in 2020 could turn out be bigger."

Government spending can provide a substantial boost to economic growth if generous enough, and after a decade of fiscal constriction the UK could be stepping into a period that sees both day to day government expenditure and expenditure on infrastructure both increase.

Johnson told Parliament on Tuesday Cabinet had "given high-speed rail the green signal" after it was endorsed by a review commissioned by the Government.

Construction on the first phase of the line – from London to Birmingham – is expected to begin by the end of March, almost a year after the original start date.

"The Prime Minister’s decision to back HS2 is exactly the sort of bold, decisive action required to inject confidence in the economy. It sends the right signal around the world that the U.K. is open for business," says Matthew Fell, CBI Chief UK Policy Director. "HS2 shows the government’s commitment to levelling up the nations and regions of the UK. The project will bring jobs, new homes, skills and investment to the areas of the country that need them most."

HS2 is highly controversial amongst members of Johnson's Conservative Party, attracting opposition from MPs who see the +100BN pound price tag as too extravagant as well as those whose constituencies have the rail line pass through. That Johnson has taken this decision suggests the government is committmed to big-ticket infrastructure projects and the 2020 budget on March 11 will therefore be highly anticipated.

From a foreign exchange perspective, the announcement on HS2 is seen as a precursor to potentially further major announcements on spending at the budget, something that is being tipped by some analysts as being supportive of Sterling.

"We suspect the anticipation of this budget will keep GBP supported, especially as there will likely be a drip feed of likely proposals released on a regular basis in the weeks ahead," says Shahab Jalinoos, Global Head of ITS Trading Strategy at Credit Suisse.

The Pound-to-Euro exchange rate has cemented gains above 1.18 and is being quoted at 1.1850 at the time of writing.

The Pound-to-Dollar exchange rate is meanwhile at 1.2946, with bulls looking to claw their way back to the psychologically significant 1.30 market, a level above which it has spent the majority of time since early-December 2019.

Jalinoos says the Government has promised to continue targeting a balanced current budget within 2020 but has promised to raise capital spending from 2 to 3% of GDP, allowing an extra £100BN of investment over 5 years, of which £80BN has yet to be allocated.

"This would take public sector gross investment to levels not seen on a sustained basis since the early 1980s, and is expected to be concentrated on "levelling up" growth between the high-performance south-east and the rest of the country," says Jalinoos.

Chancellor of the Exchequer Sajid Javid on January 07 said the budget would take place on March 11, and he told the BBC, "there will be an infrastructure revolution in our great country. We set out in our manifesto during the election how we can afford to invest more and take advantage of the record low interest rates that we are seeing, but do it in a responsible way."

The expected increase in spending is being tipped to have a stimulatory effect on the economy and could provide a cushion for the economy as trade negotiations between the EU and UK progress and become a potential source of anxiety that slows business investment.

"Johnson has already legislated for the fastest growth in day-to-day government spending in 15 years. Expect a major step up in investment spending at the upcoming budget on 11 March. Fiscal stimulus could contribute 0.7ppt to headline GDP growth in 2020 and c0.3ppt in 2021," says Kallum Pickering, UK Economist at Berenberg.

But Gains in Sterling to be Capped

While Sterling has found its feet again of late, we would expect gains to be relatively contained, with market's keeping a weary eye on EU-UK trade negotiations.

Headlines out this week concerning the UK's all-important financial services sector have served up a reminder of the potential negative impact Brexit could likely have on one the UK's prime foreign exchange earning sectors.

Chancellor of the Exchequer Sajid Javid said the EU should sign up to a "permanent equivalence" regime for financial services that will last for "decades to come" to ensure the UK's financial services sector can maintain access to the European market after Brexit.

However, the EU's Chief Negotiator was swift to hit back against the proposals saying in a speech:

"I’d like to take this opportunity to make it clear to certain people in the United Kingdom authority that they should not kid themselves about this. There will not be general open-ended ongoing equivalence in financial services, nor other management or financial agreements with the United Kingdom.

"We will keep control of these tools, and we will retain the free-hand to take our own decision."

Negotiations on the future relationship between the UK and the EU are due to start in the first week of March.

"Markets sent the GBP stronger, supported by the decent GDP print and despite headlines that the EU is toughening its negotiation stance, and that the EU is ruling out the UK government’s proposal to make a permanent deal on financial services equivalence," says Piet P.H. Christiansen," Senior Analyst at Danske Bank.

Danske Bank see any Pound-Euro exchange rate gains ultimately capped at 1.19, but a range is expected to be respected and weakness is forecast to find support at 1.1760.

"We expect that politics could be the dominating influence for both broad confidence levels and the Pound over the coming months ... reports that the EU will reject a demand from the UK to guarantee banks access to EU markets is likely to GBP investors wary," says Jane Foley, FX Strategist at Rabobank.