- Speech comes on day UK inflation is shown to have slumped

- January could be BoE's only opportunity to cut in 2020 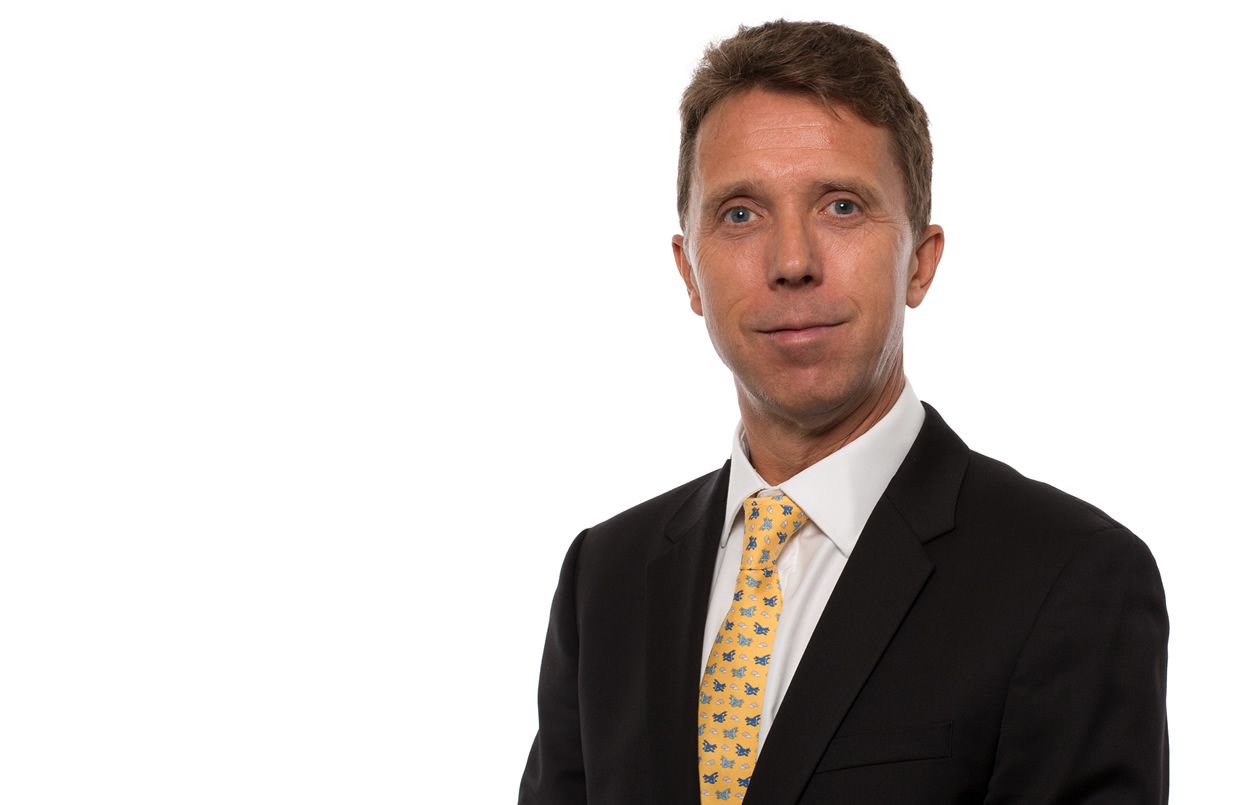 Above: File photograph of Michael Saunders. Image © Bank of England

One of the Bank of England's more 'dovish' members, Michael Saunders, has said on Wednesday that interest rates should be lowered owing to signs of weakness in the UK economy.

The comments from Saunders add to a growing list of Bank of England (BoE) members that are looking to massage the market for a potential interest rate cut at the January meeting, a development that has introduced weakness into Pound Sterling which tends to fall when expectations for interest rate cuts rise.

"It probably will be appropriate to maintain an expansionary monetary policy stance and possibly to cut rates further, in order to reduce risks of a sustained undershoot of the 2% inflation target," said Saunders in a speech delivered to a college in Northern Ireland.

The speech gained some currency as it immediately preceded the release of UK inflation data for December that showed inflation is on a downward trajectory. December CPI read at 1.3% year-on-year, well below the 1.5% expected by the markets.

The immediate reaction by the Pound to Saunders' intervention was relatively benign; Saunders voted for a rate cut at the November 2019 meeting and his opinion on the matter is therefore considered to be 'in the price' of Sterling.

However, the Pound did head lower on the inflation data, as the numbers are seen giving credibility to the Bank's evolving stance that favours lower rates.  We expect Sterling to remain under pressure in the current environment.

"Whilst the MPB member comments are in line with dovish expectations, UK inflation data is disappointing. The markets attention is heavily focusing upon the MPC voting intentions right now, which we understand from recent comment is post election data dependent & likely to provide an offered tone to Sterling right now," says Neil Jones, head of institutional FX dealing at Mizuho Bank in London.

"With limited monetary policy space, risk management considerations favour a relatively prompt and aggressive response to downside risks at present." Since November, other members of the Bank's Monetary Policy Committee (MPC) have said a rate cut might be necessary, including Governor Mark Carney, Gertjan Vlieghe and Silvana Tenreyro.

There is a suspicion that the economy has picked up pace after Prime Minister Boris Johnson secured a sizeable majority, and this could yet see the Bank opt to jettison a rate cut and keep interest rates on hold at 0.75%. Some surveys, such as the Deloitte CFO Survey, show a surge in business confidence following the vote, which should lead to a boost in investment levels across the country.

The first real indication of how the economy is performing will come on January 24, 27 and 28 when the PMI surveys are released; strong readings here will likely convince the Bank that they should hold fire on cutting rates.

Such an outcome would likely see Sterling trade higher and reestablish its currently stalled uptrend. 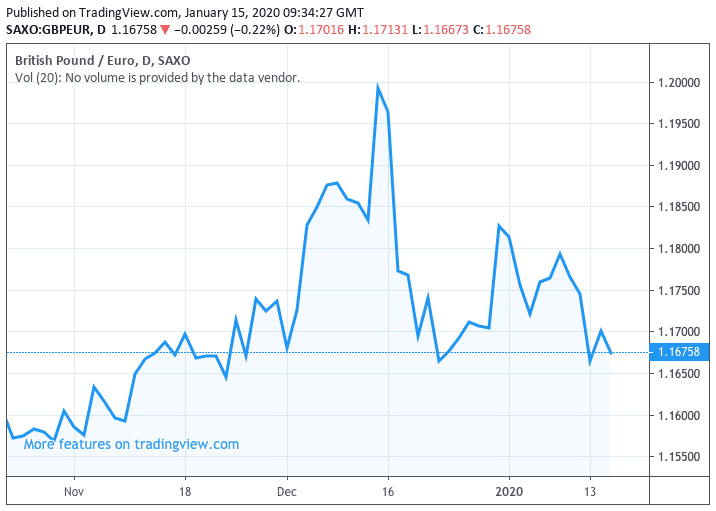 Above: The Pound has struggled in 2020 as market expectations for a rate cut at the Bank of England grow.

Saunders has however said some recent business surveys suggested Britain's economy had improved while others had worsened, or remained sluggish. "But, taken as a whole ... business surveys are generally soft and consistent with little or no growth in the economy."

"My own view is that, even if the economy improves slightly from the recent pace, risks for the next year or two are on the side of a more protracted period of sluggish growth than the MPR (Monetary Policy Report) forecast," he said.

However, even if the economic data proves strong, the Bank could yet still cut interest rates based on strategic considerations.

The Bank will view the January meeting as a crucial window in which to cut interest rates: the Bank tends to only move on rates when they release their data forecasts in their Monetary Policy Reports (formerly Inflation Reports).

In 2020 these reports fall in January, May, August and November.

For the remainder of the year EU-UK Brexit negotiations will be underway, and the Bank might want to stay neutral rather than risk appearing to be political. Furthermore, the incoming Governor, Andrew Bailey, might be reticent to vote for a cut early on in his new career.

"The January 30 meeting will also be Carney’s last as Governor before he hands over the reins to Bailey on March 16, so it will be his last opportunity to leave his mark on policy. These factors, when layered on top of the soft UK economic backdrop helps explain why bets have been rising that the January 30 MPC meeting may now ‘live’ in terms of risks of a rate cut," says Jane Foley, Senior FX Strategist with Rabobank.

Foley says that now that the election is firmly in the past and Brexit appears to be on a more defined course, "it is arguable a more settled environment for the MPC to step back into centre stage".

With the prospect of an interest rate cut looming large on the horizon, the Pound should remain under pressure.