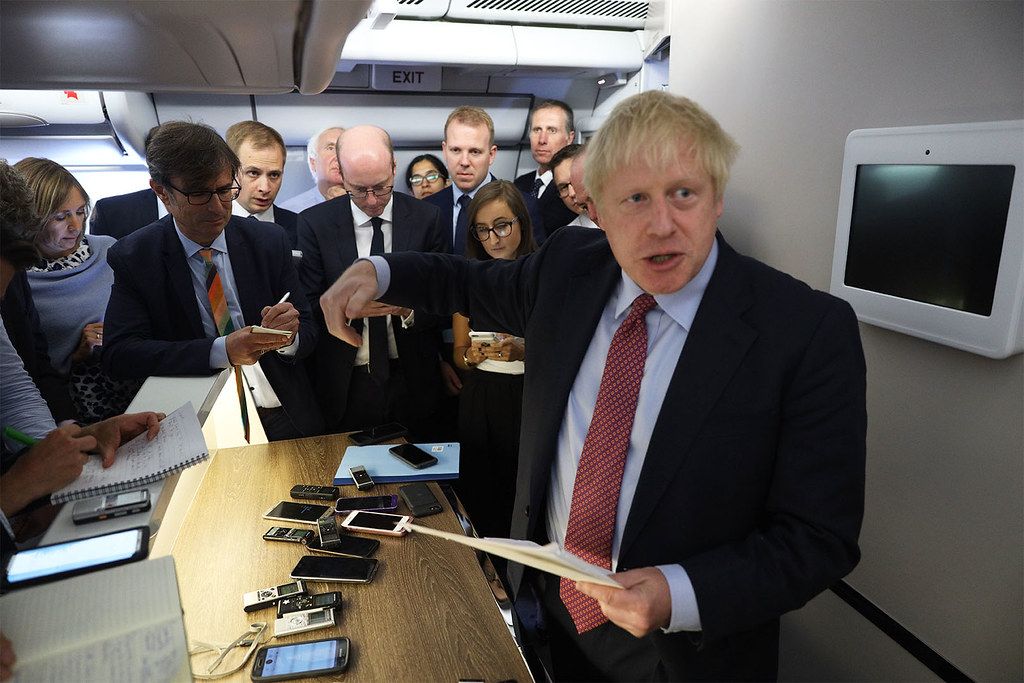 - But downside risks simultaneously limited by return of Parliamentary oversight

There is certainly a sense that markets are stepping back from pushing the UK currency higher following weeks of gains.

Sterling is primarily driven by political sentiment, and despite the bucket loads of political intrigue emanating from Westminster, very little has in fact changed for the currency markets, and if anything the same familiar risks and uncertainties linger.

"In my view principally nothing has changed for Sterling, and instead I fear that every day during which Parliament and the Government are locked in conflict leading to yet another day passing without a Brexit solution being found is more likely to increase the risk of a disorderly Brexit," says Thu Lan Nguyen, a currency analyst with Commerzbank.

Sterling had been sent higher on Tuesday after Prime Minister Boris Johnson was found by the Supreme Court to have suspended Parliament unlawfully, a ruling that has galvanised his opponents into calling for his resignation.

"Media reports are predicting a lively session as opposition leaders have called on the PM to resign. However, the consensus is that Labour leader Corbyn will not call for a vote of no-confidence in the PM today," says Rhys Herbert at Lloyds Bank. "While prone to sharp intra-day moves, the GBP remains within recent ranges at the moment."

While calls for his resignation are certainly shrill, it is important to observe that the advice given to the Prime Minister by the Attorney General Geoffrey Cox was that proroguing Parliament in the manner he did was in fact lawful. Johnson acted on the advice he was given.

The bottom line? This debate can run in circles for days on end.

In all likelihood the current Government will only end when Parliament decides it should end, and speaking on the BBC's Today programme opposition leader Jeremy Corbyn said, "our priority is to prevent a no deal exit and when that has been achieved... we will then be ready with a motion of no confidence."

It falls to the leader of the opposition to call a vote of no-confidence, and Corbyn's refusal might frustrate other opposition parties such as the SNP whose Westminster leader Ian Blackford on Tuesday said the time to launch a no-confidence vote was now.

A senior Labour figure told the FT that the party would be "crazy" to launch a vote of no-confidence any time soon, as this might give Johnson an opportunity to take the UK out of the EU without a deal during an election campaign.

“There’s a broad agreement among us, most of the nationalists and also some of the ex-Tory rebels, that the most important thing is getting past October 31. We can’t lose sight of that. All that matters is stopping no-deal. Beyond that point we’re in really uncharted waters,” said the source.

Johnson's Government is a minority Government, and is therefore unable to make any headway in Parliament, and it appears the opposition are intent on holding him hostage until after October 31.

"Labour leader Jeremy Corbyn is doing everything to portray Johnson as being unfit for his role, whilst stopping short of calling for a confidence vote. With this, BoJo is being left on his own roundabout, at least until it’s 100% certain that a no-deal Brexit by 31 October is off the table. So have things really changed? Not much it seems and fresh elections still appear to be the most likely course of action in the near-term," says Elwin de Groot, Head of Macro Strategy at Rabobank.

Barclays Research say 'no deal' Brexit is base-case scenario, expect "a sharp depreciation in GBP to accompany the initial stages of a no-deal Brexit and forecast a low of 1.10 in #GBPUSD and high of 0.97 in #EURGBP." pic.twitter.com/NWzh32qcvQ

The opposition's argument is that stalling on a General Election guarantees a 'no deal' is taken off the table, but even they will know this not to be true: only the ultimate winner/winners of the impending General Election are able to materially shift the direction of travel of Brexit. A Brexit extension is merely a delay to the inevitable conclusion.

Instead, the opposition parties are almost certainly calculating that Johnson's inability to deliver Brexit on October 31 will see support for the Conservatives haemorrhage to the Brexit Party, thereby raising their own fortunes.

For Sterling, there is little fresh by way of good news.

What is a growing likelihood - and this is potentially likely to cap the Pound's potential - is that the domestic scene is unlikely to boost the chances of the EU and UK striking a renewed Brexit deal.

It was only a few days ago that we were reporting the improved mood music in Brexit negotiations, that were raising expectations that a deal would be clinched at the last minute.

For us a Brexit deal remains the only assured route to sustained and meaningful gains in Sterling as a deal simultaneously avoids a 'no deal' scenario while delivering on the Brexit vote. Anything less will only serve up future political turmoil.

The EU are however unlikely to engage with the UK meaningfully if they know Johnson's hands are tied on a 'no deal', thus the threat of a damaging Brexit is diminished. Furthermore, they will be wary that any deal struck will make it through a deeply divided Parliament, however generous it might be.

With the Labour Party and independent MPs refusing to allow for a Parliamentary recess for the Conservative Party Conference it becomes clear just how toxic the mood in Parliament is.

So while Parliament might offer a guard against a 'no deal' they are also potentially contributing to a failure to the delivery of a deal, which is what will open the door to bigger gains in the Pound.

"Every further defeat for Johnson basically increases the likelihood that the United Kingdom won't leave the EU without an appropriate deal. His room for manoeuvre to force a no-deal scenario in case the EU and Great Britain fail to reach a consensus remains exceptionally restricted. Since a no-deal Brexit isn't my basic assumption, I consider the British Pound to be cheap, even though the political roller coaster ride might continue for a while," says Marc-André Fongern, analysts with MAF Global Forex.