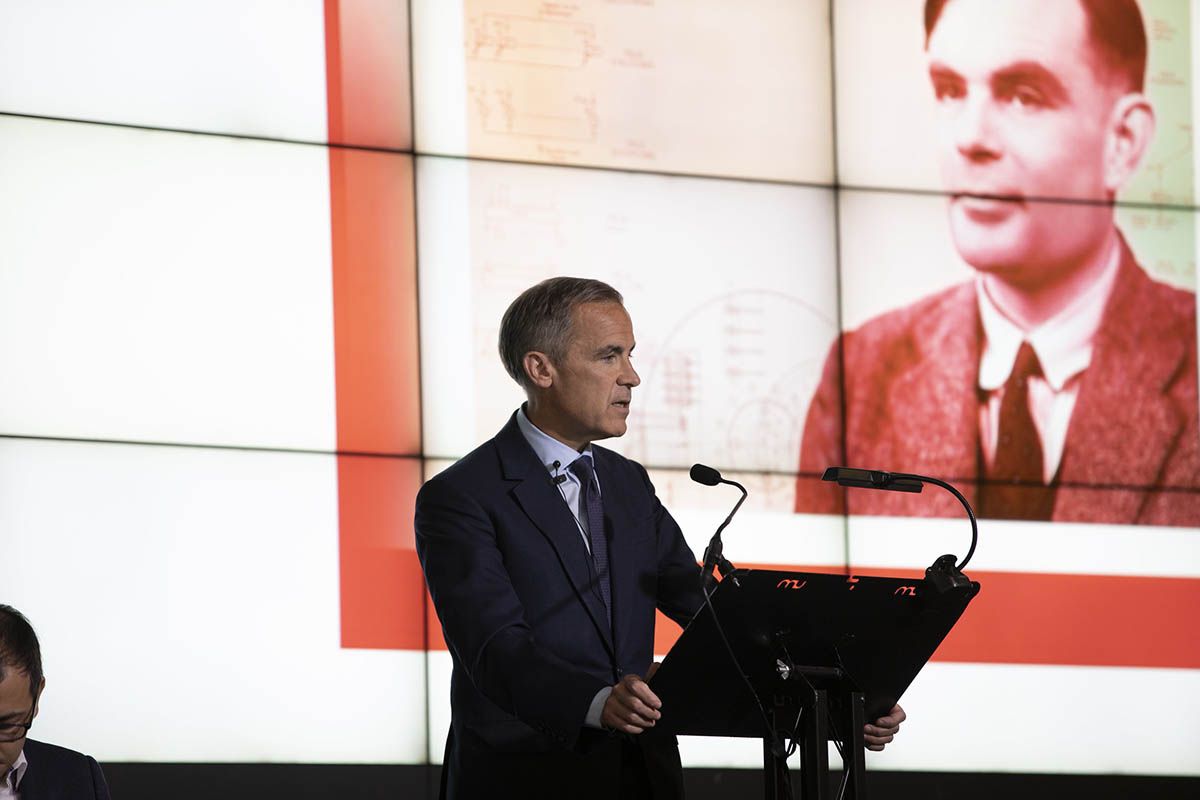 - But notable lift to inflation forecasts

The British Pound was seen paring its losses in the wake of the Bank of England policy decision and Inflation Report where it opted to keep interest rates unchanged while downgrading their UK economic growth forecasts.

There was a chance that Governor Mark Carney and fellow members of the Monetary Policy Committee would condition markets for an interest rate cut simply to keep policy settings on a par with other major central banks.

The Bank has however said that it continues to expect interest rates to rise in the future, but any rises remain contingent on an orderly Brexit and a recovery in the global economy. It was noted that the chances of a 'no deal' and disorderly Brexit had risen over recent months.

Sterling did not rally, but neither did it plummet in response to the event, and it could be the case that today's event helped provide some downside protection for the heavily-pressured currency which remains beholden to market sentiment towards Brexit.

Indeed, there was a chance that the Bank dropped its communication that it expects higher rates to be delivered in the future as they prepared the market for an impending interest rate cut, with foreign exchange analysts suggesting that such a move would have likely triggered a fresh slump in Sterling.

"The BoE has disappointed market expectations for a significantly more dovish policy update today. Over the past month, the UK rate market has moved to more fully price in a rate cut the BoE in the year ahead. However, the BoE provided very little encouragement that it is moving closer to cutting rates although emphasised that the outlook is becoming more uncertain," says Lee Hardman, a currency analyst with MUFG in London.

Downgraded Forecasts and a Sombre Assessment

The downgrading of growth forecasts have nevertheless been taken as a negative by the market which continues to expect that the next move on interest rates to be a cut. Economists at the Bank downgraded their GDP growth forecasts for 2019 to 1.3%, down from 1.5% in May. The 2020 forecast is lowered to 1.3% from 1.6% forecast in May. The Bank has meanwhile released a fresh set of economic forecasting models that take into account different types of negotiated Brexits. (See final paragraph).

The overall tone is certainly a more sombre one that that at previous meetings. For instance, it is noted that the labour market is stabilising and coming off its trend of break-neck job creation, which was seen to be pushing wages higher.

Those hoping for a stronger Pound therefore are unlikely to see any support coming from the Bank of England anytime soon.

An interesting point to note is that the Inflation Report anticipates notably higher inflation over coming years.

The Bank noted that Sterling had fallen notably as a result of 'no deal' fears, but it expects the currency will recover in the event of an orderly Brexit.

The official guidance in the August minutes did not mention specifically how the BoE would react to a hard Brexit, "the monetary policy response to Brexit, whatever form it takes, will not be automatic and could be in either direction".

The initial knee-jerk reaction to a 'no deal' would presumably be an interest rate cut, to provide a cushion to the economy.

However, the Bank knows that such a move would only exacerbate the decline in the Pound, which would likely be highly problematic for the economy as it would push inflation notably higher.

Therefore raising interest rates to protect the Pound must be an option the Bank will have to consider.

Economists meanwhile expect business investment to fall through the rest of 2019.

"The only signal you can take: Bank of England doesn't think markets should be pricing in lower rates even in 'smooth Brexit' world. PM said he doesn't expect trade barriers with EU on 1 Nov. BoE can only project on economic factors. GBP trading on politics - not having any of this," says Patel.

"There is no respite for GBP traders," says Neil Wilson, Chief Analyst at Markets.com, "markets are very much pricing for the BoE to cut next."

Ahead of the Bank of England, Sterling fell to fresh multi-year lows against the U.S. Dollar, sinking beneath $1.21.

"Brexit no-deal thoughts have weighed cable down, but the latest leg lower seems to be the result of the pressure of Dollar strength as the Fed was a little more hawkish than expected. The Fed’s mixed signals have been taken to mean one fewer cut this year, driving the dollar higher versus major peers on a simple rate differential expectation," says Wilson.

The Bank of England has published a new set of forecasts for different Brexit scenarios, designed to take into account the likelihood that the pound, share prices and government bond yields would all rise.

Both scenarios are assumed to be 'smooth', i.e. that a deal is reached with the EU.

The Bank said its traditional main-case forecasts were distorted by the fact that although it continues to assume a smooth Brexit, the financial market prices that underpin its calculations increasingly reflect the risk of a 'no deal' Brexit.

Under Scenario 1, the market path for a Bank Rate is at 1.0% by Q3 2022, and assumes a 5% higher trade-weighted Sterling, 20 bps higher 10-year gilt yield, lower credit spreads and higher equity prices.

Under Scenario 2 the market path for the Bank Rate is at 1.5% by Q3 2022, and assumes 10% higher trade-weighted sterling, 40 bps higher 10-year gilt yield, lower credit spreads and higher equity prices.