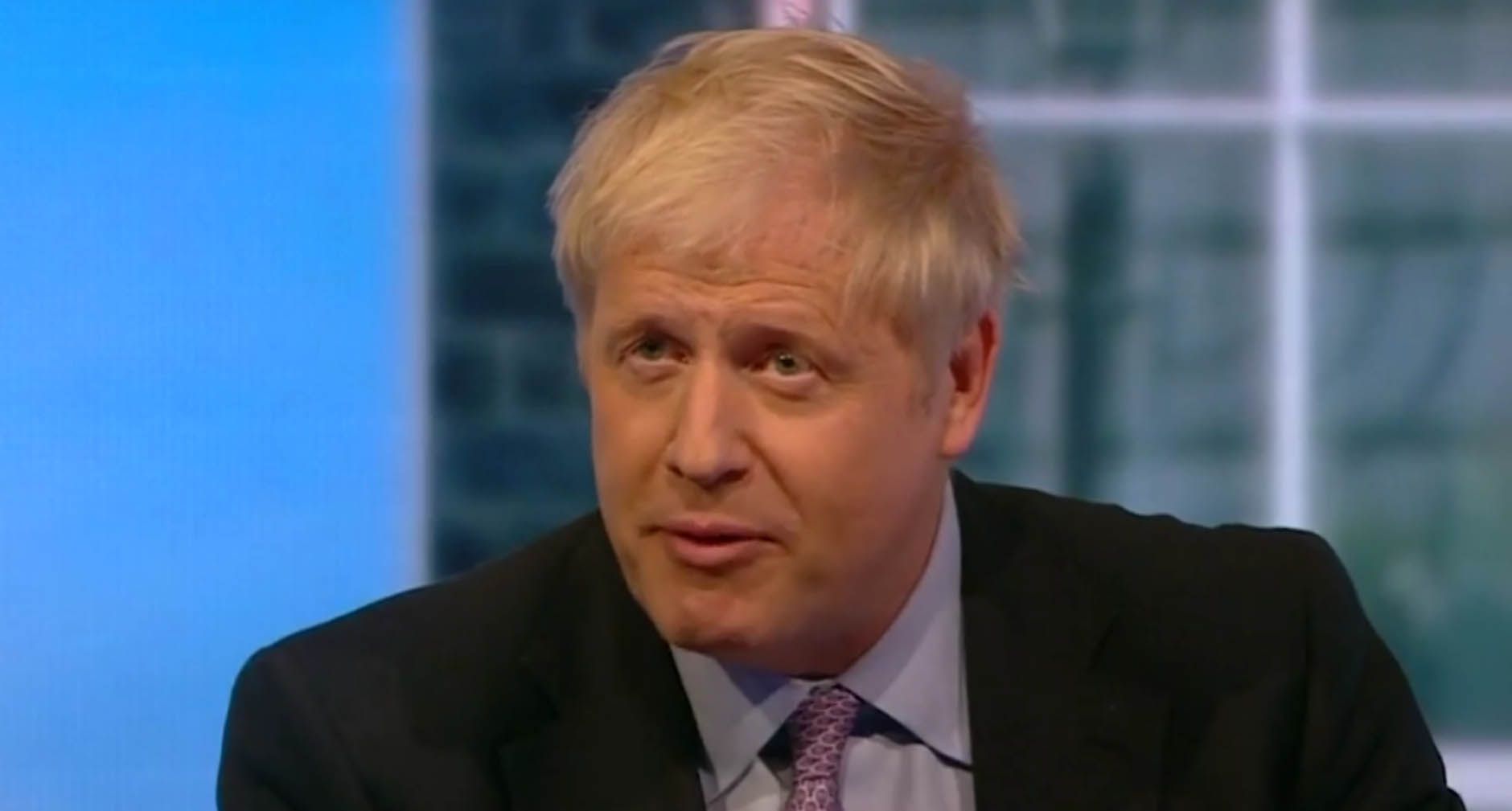 Above: Front-runner to be the next Prime Minister Boris Johnson shed little new light on his Brexit strategy in a TV debate on Tuesday night. Image (C) Pound Sterling Live, still courtesy of The Times.

- Sterling could be due a relief bounce say strategists

The British Pound was looking to find a floor against both the Euro and U.S. Dollar in mid-week trade, having painted fresh six-month lows against the two currencies just 24 hours earlier.

Sterling might be seen trading slightly higher against its main rivals, but the overwhelming consensus remains that any strength in the Pound will remain short-lived at this stage and bounces will likely be seen as an opportunity to reload on bets against the currency by a profit-hungry market.

Foreign exchange traders were left with little fresh clarity about the Government's future Brexit policy after Boris Johnson offered no new insights on the matter in a televised leaders debate overnight.

Johnson is the favourite to succeed Theresa May as the country's next Prime Minister, and we therefore believe that what matters for the Pound over coming days and weeks are the details Johnson provides on how he intends to deliver Brexit.

In a televised debate with fellow leadership contenders Johnson came across as being firmly committed to leaving the EU on October 31 even if he cannot renegotiate a new Brexit deal with the EU that can pass through parliament.

Growing expectations for this outcome are widely credited as being behind the fall in the value of Sterling since early May.

However, this stance is already well telegraphed to the markets and Johnson failed to deliver any new insights on this critical matter in what was a chaotic debate that saw all candidates put in an unconvincing performance.

For Sterling, it could well be a case of 'no news is good news' at this juncture: any brash comments from Johnson could have tilted the currency notably lower and those speculators looking to make a quick quid will be hoping the political environment settles long enough to allow for a relief bounce in Sterling.

Johnson looked intent on simply seeing the debate through and getting away from the glare of the studio lighting, to be fair these events often do little to bolster the prospects of the leading candidate.

The sense we get is that none of the contenders for the leadership have a clear strategy on how they will deliver Brexit. Either they are none the wiser on the matter, or they have a plan and they are keeping it close to their chests. To be fair, this would be a wise strategy for someone who seriously considers his chances of winning the contest as this would allow them to maintain an element of surprise and maximise on leverage in the future.

Looking for a Relief Bounce

With little new substantitive developments in the UK, the Pound could instead been left to concentrate on matters elsewhere: the Euro was put under pressure following comments made by European Central Bank (ECB) President Mario Draghi at a conference in Portugal, will further follow-through selling pressure emerge? With regards to GBP/USD, markets will likely remain coy on the U.S. Dollar ahead of a key briefing from the U.S. Federal Reserve expected tonight.

While the Pound remains under considerable selling pressure, we are wary of a relief rally in the near-term, with some strategists warning that the current sell-off is looking overdone for the time being.

Foreign exchange strategists at UBS, the Swiss-based global investment bank, say GBP/EUR should trade between 1.11 and 1.19 over the next 12 months and Sterling should provide buying and selling opportunities when it reaches the edges of this range, as is the case at present.

"Markets were pricing in a close to 50% chance of a no-deal Brexit at the end of October... we think this is overdone," says Daniel Trum, a strategist at UBS.

Meanwhile, Shahab Jalinoos, a strategist with Credit Suisse, has cut back the size of his bet against the Pound in the last week because it's fallen far enough against the Euro and Dollar for the timebeing, although he still maintains a small wager against the British currency.

His thinking on this is that Boris Johnson, former foreign secretary and frontrunner in the Conservative Party leadership campaign, could pursue a 'no deal' Brexit.

"Assuming he is true to his word (admittedly not guaranteed) the risks are high that the EU will feel sufficiently antagonised as to not agree to an extension even if it were asked for one, possibly delivering the Conservatives the excuse they need to blame the failure of talks on the 'foreigners'," Jalinoos says. "Not wanting to miss a possible extreme breakdown entirely, we prefer to keep some skin in the short GBP game, even if in reduced form."

Since early May Credit Suisse "have been GBP bears," adds Jalinoos, arguing that the correct range for GBP/USD was 1.25-28 and that GBP/EUR could fall to 1.13 or below.

"We reduce materially our GBP bearishness to holding a small notional short vs EUR and GBP as opposed to a whole-hearted large position," says Jalinoos.

Focus Turns to Bank of England

The Bank of England dominates the near-term outlook for the British Pound, with the June's policy meeting falling on Thursday mid-day.

For foreign exchange markets central bank policy is now front and centre with the ECB yesterday signalling it will likely cut interest rates and/or pump more money into the Eurozone economy via quantitative easing.

The impact on the Euro was negative with the single-currency falling and the outlook turning a whole lot less supportive.

All eyes are meanwhile on the U.S. Federal Reserve midweek where it is expected the groundwork to a number of interest rate cuts will be laid.

"Today’s FOMC rate decision is widely heralded as the most notable event of the week, with the recent decline in US data highlighting a shift towards another phase of easing. With Donald Trump making it clear that he could remove Jerome Powell in the event that he does not start easing, today’s rate decision with a clear test of Fed independence. Markets are currently pricing in a 22% chance of a rate cut, and while it is a possibility, the upcoming G20 meeting and Q2 GDP reading would make July a much more sensible time for the Fed to make a more informed decision," says Joshua Mahony, Senior Market Analyst at IG.

It is within this context that Thursday's BoE event is so important: by merely sitting on its hands the Bank would set itself as being the most 'hawkish' of the three, and this would typically be supportive of Sterling.

Indeed, any signals that an interest rate rise is warranted in the near-future could be all out bullish for Sterling, and provide some support at a time when the currency is coming under increasing pressure.

"Despite investors pricing in a rate cut by year-end amid slowing manufacturing activity, Brexit uncertainy, and dragging trade discords, BoE policymakers still maintain their hawkish bias, favouring rising rates at a faster pace than financial markets would consider. It is therefore very likely that the BoE statement or policy minutes from Thursday monetary policy meeting will continue to hint towards further tightening, most likely giving British pound a boost," says Vincent Mivelaz, a strategist with Swissquote Bank.