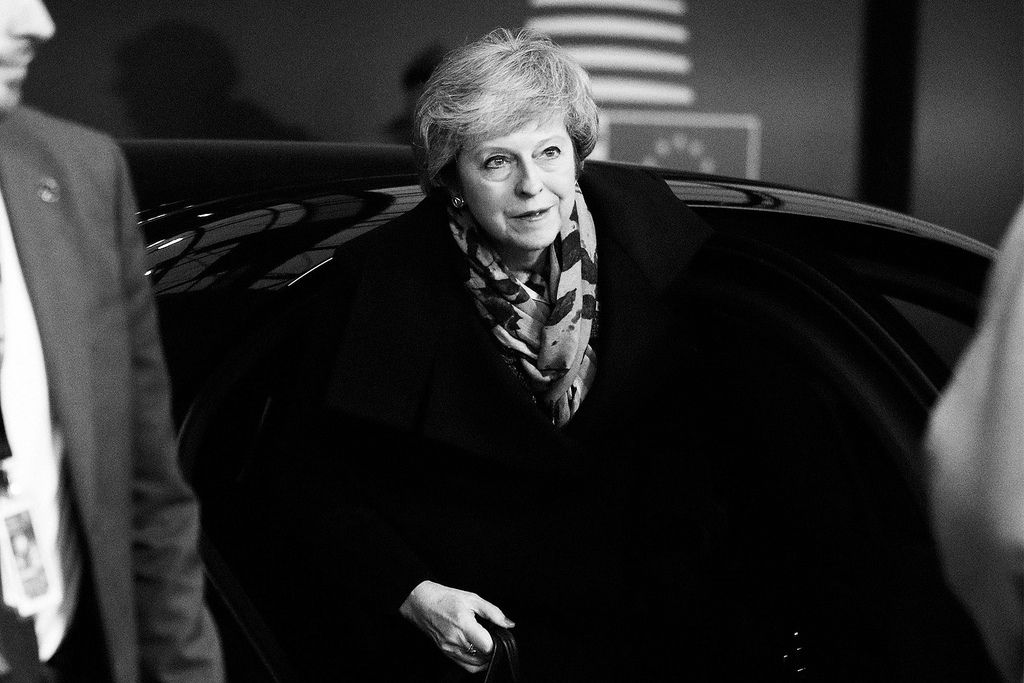 - Pound rallies amidst signs May will survive latest coup attempt

- Key Brexit vote could happen as soon as next week

The British Pound was seen trading higher against most major currencies in mid-week trade following news that an attempted coup by Conservative Party parliamentarians against their leader and UK Prime Minister Theresa May has failed.

News breaking suggests those MPs who wanted to change Conservative Party rules to allow for another vote of no confidence in May do not enjoy the majority required to enact such a change.

"The revolution has failed (for now). Multiple sources tell me say the 1922 Executive will refuse to approve any changes to the leadership rules when it meets at 4pm by a comfortable majority. So May to stay," says Tom Newton Dunn, The Sun's Political Editor. "It appears some of the public agitating for leadership rules changes in the last few days has quite badly backfired. It has turned some initially wavering 1922 executive members against."

MPs in the Conservative Party had wanted to change rules to allow for a second 'no confidence' vote to be held in their leader Prime Minister Theresa may within a year.

Current rules state a leader is immune to a second vote for a one-year period should they survive a confidence vote.

Considering May won a vote of Confidence in December, the rule change highlights deep frustration within the party at the direction of travel Brexit has taken.

We wrote earlier that had the party opted to change the rules then the prospect of a removal of the Prime Minister increases substantially: this would in turn raise expectations for both a General Election in coming months and a 'no deal' Brexit.

That the attempts to remove the Prime Minister have failed have therefore played positive for Sterling:

The 1922 Committee - which is the group that represents all Conservative MPs that are not ministers - have confirmed in a memo circulated to members they will be meeting at 5PM, in Committee Room 14 where the result of the attempt to change the rules will be made known.

The 1922 Committee have the power to vote out their leader which would in turn fire the starting gun on the race to select a new leader which is determined by Conservative rank-and-file members across the country.

Conservative Party members have shown deep frustration with the inability of the leadership to deliver Brexit, and odds are high that the new leader will be a Brexiteer.

Watch for Key Brexit Vote to be Brought Forward

Pound Sterling could yet see hightened volatility over coming days as media reports out over the past 24 hours suggest May is to bring forward a vote on key Brexit legislation in order to ease the pressure that is bearing down on her.

Government sources tell the Guardian a "likely way forward" out of the Brexit impasse is to table the Withdrawal and Implementation Bill (WAB) in the next 10 days.

Think of it as putting the chicken before the egg.

According to The Times, Andrea Leadsom, the leader of the House, led pressure on May to the WBA even though her deal has not been agreed.

The aim of voting on the WAB is to avoid the Speaker John Bercow’s ruling that the government cannot hold another “meaningful vote” on an unchanged version of May's deal.

The government is betting that passing the WAB makes passing the Withdrawal Agreement a necessity that the Speaker cannot refuse to allow.

The hope is that Conservative MPs who previously voted against her deal will back it this time around as they seek to avoid going into a much-detested European election, an election that would see the Conservatives take a thrashing at the hands of the newly-formed Brexit Party.

The passing of the WBA would almost certainly trigger a strong rally in the value of the Pound we believe as it signals that progress towards a Brexit deal being passed has been made.

However there remains "little to suggest, however, that Mrs May will be able to win a majority for the Brexit legislation, given that MPs last month rejected by 58 votes the withdrawal treaty that would be at its heart," says Parker.

May will in all likelihood be hoping talks with the opposition Labour Party aimed at reaching a consensus Brexit agreement that both parties can back bears fruit.

And by rushing through the WAB it appears May has set an effective deadline for talks with Labour.

Moment of Truth for Cross-Party Talks

The ruling Conservatives and opposition Labour party have over recent days carried out a detailed “programme of work” to agree on a potential cross-party Brexit deal.

The actual progress made should be known this week, especially if the government looks to vote on the WAB next week.

News that talks have failed could be a negative trigger for Sterling readers should be wary of, we believe.

However, we don't believe the market is holding too much faith in the talks succeeding and the downside suffered by Sterling would be relatively limited we believe.

"There seems to be little impetus for Labour to rush to the support of the ailing government. In this case it becomes increasingly likely that initiative on Brexit will shift again to the House of Commons in a series of alternative votes, and that the probability of a Tory leadership election or even a general election will rise," says Lee Hardman, a currency analyst with MUFG.

When it comes to exchange rates, it is the unexpected that carries the most clout.