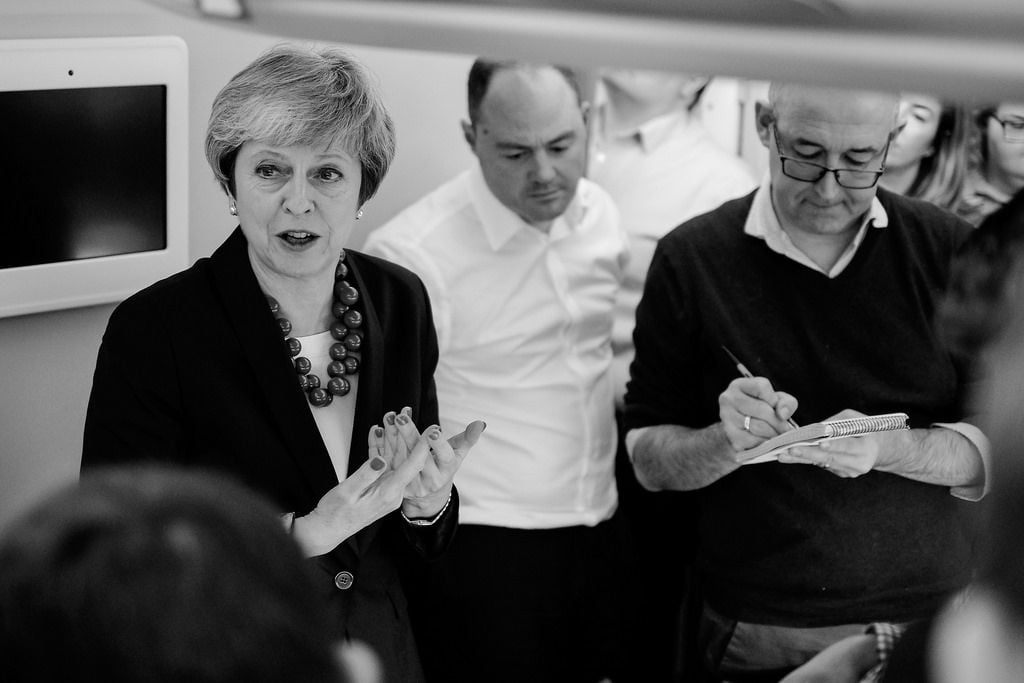 - May secures key wins in parliament

- May and Corbyn in "serious" Brexit meeting

- 'No deal' Brexit risks rise to 30% says one economist

The pause button has been pressed on the British Pound's 2019 rally as markets await the outcome of further negotiations between the UK and EU.

The wheels are in motion for further talks between the two sides as the UK seeks changes to the Brexit deal in order to secure its ratification in the UK parliament ahead of the March 29 exit date.

For now, markets guage there has been no material change to overall Brexit dynamics in the wake of Tuesday's parliamentary votes: in two weeks time May will return to parliament to present another amendable motion, and we can once again expect another amendment to be presented by Remain-favouring MPs that will look to delay Brexit. Our view is that 'deal' or 'no deal' dial has not shfited much this week, and this will explain the Pound's consolidation through the mid-week period.

We get the sense that a 'no deal' Brexit will be avoided as parliament blinks in the run-up to the March deadline, with Labour Party leader Jeremy Corbyn finally opening the door to a cross party-compromise. Corbyn accepted Prime Minister Theresa May's invitation to discuss Brexit and a meeting held on Wednesday afternoon was described by the Labour leader as being "serious", adding that the Prime Minister had "listened".

Indeed, political journalists have commented that the meeting went on for longer than they had expected. May said she had been "pleased" to meet Corbyn and had stressed the importance of the UK doing its own trade deals after Brexit.

A Labour spokesperson said the two would meet again "soon" after the 45 minutes of "cordial" talks in the prime minister's Commons office.

The talks come after May emerged from Tuesday night's series of votes looking stronger, which tends to be a textbook positive for any currency in times of political instability of the kind being suffered by the UK at the present time. The highlight was the failed attempt by parliamentarians to force a delay to Brexit which would have seriously undermined the Prime Minister's ability to go back to Brussels seeking changes to the Brexit deal.

May saw off an attempt by parliamentarians to effectively take a 'no deal' Brexit out of play; an outcome that would have materially weakened her negotiating position. Instead, an amendment backed by the government that would strengthen her hand in future talks with the EU unexpectedly passed through the House of Commons.

It looks to us, judging by reactions by EU leaders in the wake of the votes, that the EU was expecting the Cooper amendment to pass thereby paving the way for the UK to ask for a Brexit extension in which it would use the time to pursue a softer Brexit.

However, the passing of the Brady amendment caught the EU and foreign exchange markets off guard.

Outlook for the Pound: Hitting the Pause Button

Reactions from currency analysts to the latest developments suggest attitudes towards the Pound will be more cautious going forward and the optimism seen over the past four weeks will be in short supply. "Things will not get better straight away and I still recommend being underweight UK assets and short GBP," says Rory Manley, a trader at UBS. "The Prime Minister should be back in Brussels shortly, however those initial conversations and the EU's reaction should only be further negative in the short-run".

"Support for Brady’s Brexit amendment in the House of Commons is good result for Theresa May but is arguably not the best news for the near-term outlook for the economy and the Pound as it probably increases the chances of a 'no deal'. This explains why the Pound slipped," says Ruth Gregory, Senior UK Economist at Capital Economics.

Strategists at Deutsche Bank have today said they are turning neutral on Pound Sterling and are exiting a trade established two weeks ago that sought to benefit from a rally in the Pound against the Euro.

Deutsche Bank say it is now more likely the clock runs down to the March 29 deadline, with lawmakers likely being forced into approving Prime Minister Theresa May's deal under the threat of a 'no deal' Brexit.

"As well as increasing the risk of a crash Brexit by accident, it should not be positive for economic confidence which is already deteriorating due to political uncertainty," says Oliver Harvey, strategist with Deutsche Bank in London. "We consequently take profit from our short EUR/GBP recommendation from two weeks ago and turn neutral on Sterling."

Sterling fell sharply when the Cooper amendment failed but then ultimately stabilised. The Pound has rallied through 2019 as markets have raised bets a 'no deal' Brexit was becoming increasingly unlikely, with the Cooper amendment being the proof cited by traders to justify the currency's advance.

"Although there is a majority in parliament against a hard Brexit – as last night’s symbolic vote on such an outcome demonstrated – that alone is not enough to prevent such an outcome. A 'hard Brexit' is the default option unless a deal or delay is secured before Brexit day on 29 March 2019. With only 58 days left until the UK is due to leave the EU, we raise the risk of a 'no deal' from 20% to 30%, and lower the probabilities of 'Norway plus'–soft Brexit' and 'no Brexit'," says Kallum Pickering, an economist with Berenberg Bank.

“I think it’s been a very positive day… What today has shown is there is a majority for the prime minister’s deal plus some changes to the backstop,” says Liz Truss, chief secretary to the Treasury, adding that it is "a significant way forward”@trussliz | #newsnight pic.twitter.com/RhLYz5fr9p

Theresa May will be contacting various European leaders to find a way forward over coming days. For the first time in a long time the UK has something that looks like a unified position, and a clear request of the EU. It will be hard for the EU to ignore the request and not risk looking like they are responsible for any 'no deal' Brexit that might transpire.

While many commentators are happy to say the EU have shut the door to the UK we would remind readers that this is a process involving two sides and EU pragmatism remains a key strength of the European Union.

UK Brexit Secretary Steven Barclay is right when he told BBC Radio 4 on Wednesday morning negotiations are often resolved in the 11th hour.  That the Pound is trading in a relatively stable fashion in mid-week trade tells us that markets sense all is not lost.

The fireworks for Sterling are over for now and we would expect some consolidation to set in as markets await further information, particularly with regards to the EU's reception to the UK's advances.

"For what it’s worth, we still think that Parliament will try and gain greater control over Brexit if a deal is not in place by 14th February. As a result, we are still assigning a roughly 55% chance to our 'fudge and delay' scenario," says Gregory.

This scenario envisages an extension to the Article 50 negotiating period beyond 29th March and Parliament eventually settling on a softer Norway-plus style or permanent customs union.

"Of course, the probabilities of the Brexit scenarios are subjective and will shift as the politics evolve over the next few days, weeks and months. Cutting through the political noise, though, our sense is that in each of our three Brexit scenarios ('fudge & delay', revamped May’s deal and no deal), the economy is well placed to perform better than is widely expected," says Gregory.