- Recent government parliamentary defeats the cause

The probability of the UK remaining in the EU has now doubled to 40%, the highest it has been since the referendum, say analysts at investment bank JP Morgan, offering a fundamental view that supports the formation of a technical floor we see forming under the Pound.

Theresa May’s recent parliamentary defeats - first on access to legal advice and then on the Grieve amendment, which would give MPs more of a say were she to fail to win approval for her withdrawal bill - have radically increased the chances the whole Brexit endeavour could be thwarted.

The likely pending decision of the European Court of Justice (ECJ) to allow Britain the unilateral right to discontinue article 50 and remain in the EU - or delay its conclusion - is a further factor enhancing the chances Brexit could be reversed, or that there will eventually be an orderly Brexit.

“The UK now appears to have the option of revoking unilaterally and taking a period of time of its own choosing to decide what happens next,"  says Malcolm Barr, an economist at JP Morgan.

The probability of other outcomes has also been revised by Barr, who has reduced the chances of a ‘no-deal’ Brexit to only 10% (down from 20%) and an orderly Brexit to 50% (down from 60%).

The analysis has profound implications for Sterling traders since it reduces the chances of the main scenario likely to cause further weakness - ergo that of a disorderly Brexit - to only 1 in 10. This suggests a very strong probability the Pound is now underpinned by a ‘hard floor’ at current levels, all other things being equal.

The idea the pair could be resting on a ‘hard floor’ due to diminishing Brexit risks finds its corollary in the 1.1180-1.1200 technical level on the Pound-to-Euro exchange rate, which has seen multiple touches and rejections since September. 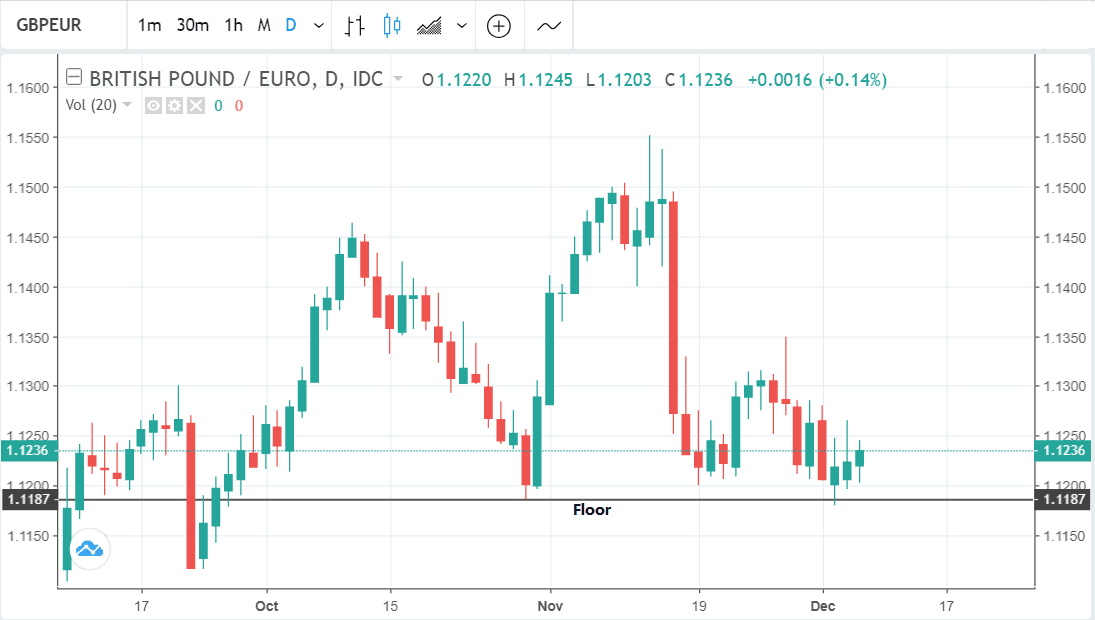 The same thing goes for the 1.2670-1.2700 level on the Pound-to-Dollar exchange rate which has acted as a ‘safety net’ to the exchange rate on three occasions since August. Each time the exchange rate has rebounded after touching the 1.27 floor. The consensus expectation is that the same will happen again. 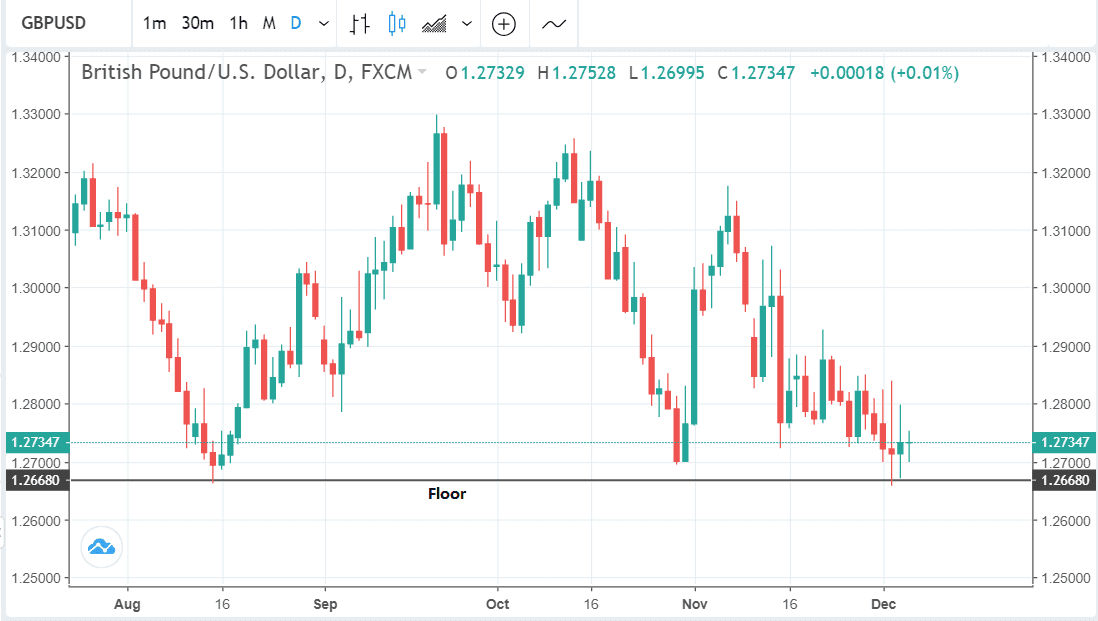 Yet Sterling has failed to rally on the good news despite sitting once again on these key floor levels.

One possible reason Sterling has not seen more upside despite the changing Brexit probabilities, is due to short-term political uncertainty from the expectation that Theresa May won’t win the meaningful vote on her deal next Tuesday.

This will leave a ‘deal vacuum’ only months before the deadline and still raises the spectre, however unlikely now, of the UK sleepwalking out of the EU without a deal in March.