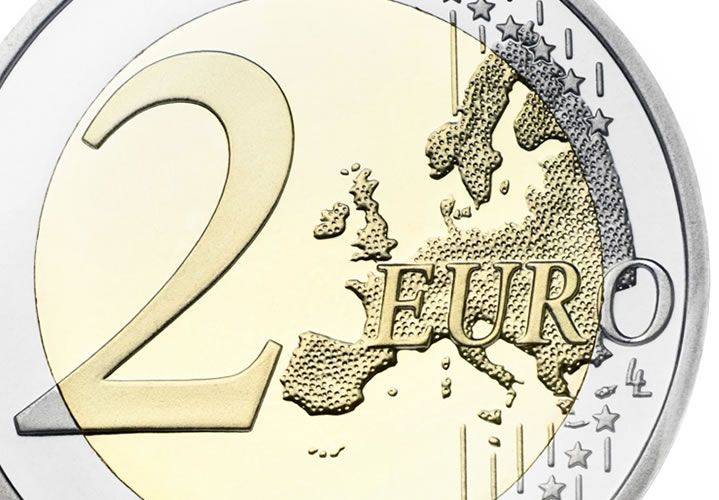 Analysts say the Euro will outperform the US Dollar next year, supported by continued economic growth in the Eurozone whilst new US tax reforms and Federal Reserve policy will ultimately disappoint.

Part of the supportive scaffolding for the Dollar at the moment is a belief that tax reforms will get passed into law and that they hold the answer to growth, a further part of the structure is made up of expectations that the Federal Reserve will continue raising interest rates, which are also positive for the currency.

Yet both of these drivers of Dollar strength are unlikely to extend into 2018, according to analysis from Citibank, the largest foreign exchange dealer in the world, and this will result in a period of weakness for the Dollar.

"Pass through to USD from potential tax cuts is likely to be limited, while USD performance may be constrained by circumspection on the trajectory for Fed tightening," says Citi.

As we note here, this is a view increasingly shared by institutional analysts.

Citi reckon tax cutscould lead to a rally in equities and the primary short-term driver of gains for the Dollar is expected to come from increased demand for US stocks from foreign investors seeking to ride the US stock market wave.

Yet Citi says that the inflow from buyers of stocks is unlikely to be as big a factor as previously imagined, because demand for equities is already very high and yet it is failing to push up the Dollar now, so why should it in the future?

Investors have been ditching 'safe' US Treasury bonds in preference for 'higher beta' riskier assets ever since the start of the year, as the chart below illustrates, yet little uplift has resulted for USD: 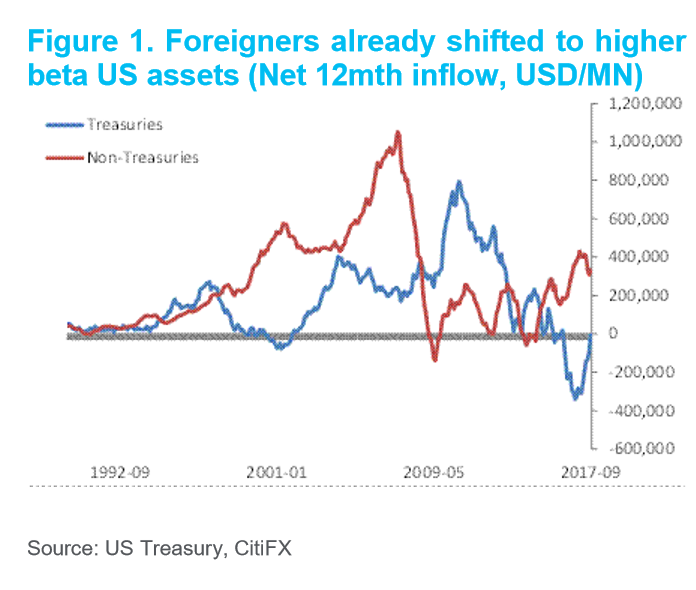 Nor is the Fed expected to come to the rescue either.

Interest rates drive up currencies by attracting demand from overseas investors looking for somewhere profitable to park their money, but expectations that the Fed will keep raising interest rates are unsustainable, according to Citi.

A lack of inflation and radical changes in the composition of the Federal Open Market Committee (FOMC) who vote on interest rate changes are seen as twin nullifiers of the development of a more aggressive regime, and therefore a higher Dollar.

Euro on the Up

The Euro, in contrast, is expected to rise, in 2018, leading to a continuation of the trend higher in EUR/USD.

"EUR looks well positioned to benefit from USD weakness...Data is strengthening both relative to expectations and on an absolute basis, well-outpacing strength seen elsewhere," says Citi.

The chart below shows where the EU is in the league table of data surprises at the moment. 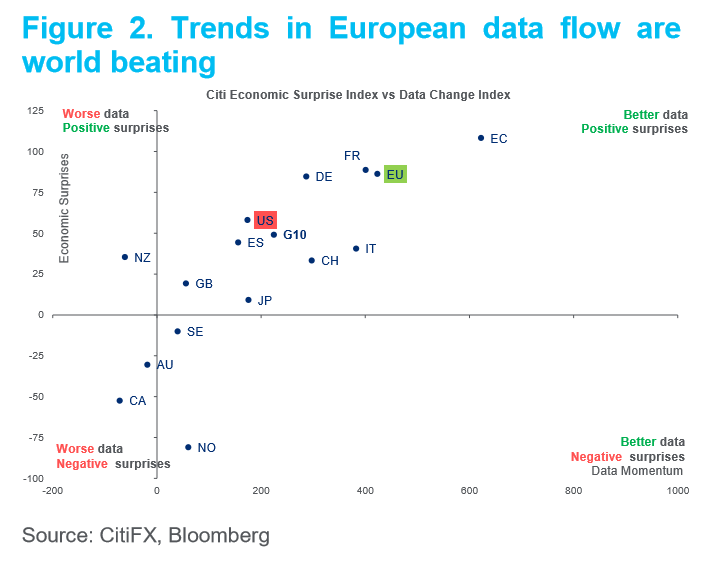 Situated as it is just behind 'EC' in the upper-most top right quadrant of the chart which indicates the most positive data proves just how good the recent data-flow is.

One potential spoiler of Euro weakness has always been the possibility of political upheaval in the Eurozone but this too is unlikely now, according to Citi.

"Politics are unlikely to stand in the way. The breakdown and restarting of coalition talks in Germany is proving smoother than expected, Catalonia is unlikely to drive ripples in global markets and tail risks associated with the Italian election appear to be lower," says Citi.

The Euro's recent lack of sensitivity to political wobbles in Germany is a further sign the exchange rate is uncoupling from political influences.

"Investors are showing early signs of being desensitized to political noise. It is hard to imagine that the initial breakdown of German coalition talks would have been so easily dismissed amid pre-Macron hysteria last year," say analysts at the bank.

For their forecast, Citi see EUR/USD rising from its current 1.18 level to an eventual target at 1.25.

Supported by positive economic data the Euro will outperform the US Dollar next year, which will reap an underwhelming rise from the passage of tax cuts or Federal Reserve monetary policy.