The Euro-to-Dollar exchange rate is forecast to outperform into 2022 as the Eurozone starts to deliver above trend economic growth and the anti cyclical Dollar retreats once more, according to a private Swiss bank.

Wewel describes the Euro's ongoing loss in value against the Dollar - a trend that started in May - as being a retracement that is now overdone.

"The euro’s retracement against the US dollar looks overdone and we expect the currency to recover modestly into 2022," says Wewel.

The Eurozone economy is expected by the bank to recover amidst the release of pent-up consumer demand and disbursements from the European Recovery Fund.

In fact, J. Safra Sarasin anticipate the Eurozone to enjoy a period of above trend growth, which likely pushes the cyclical euro higher. 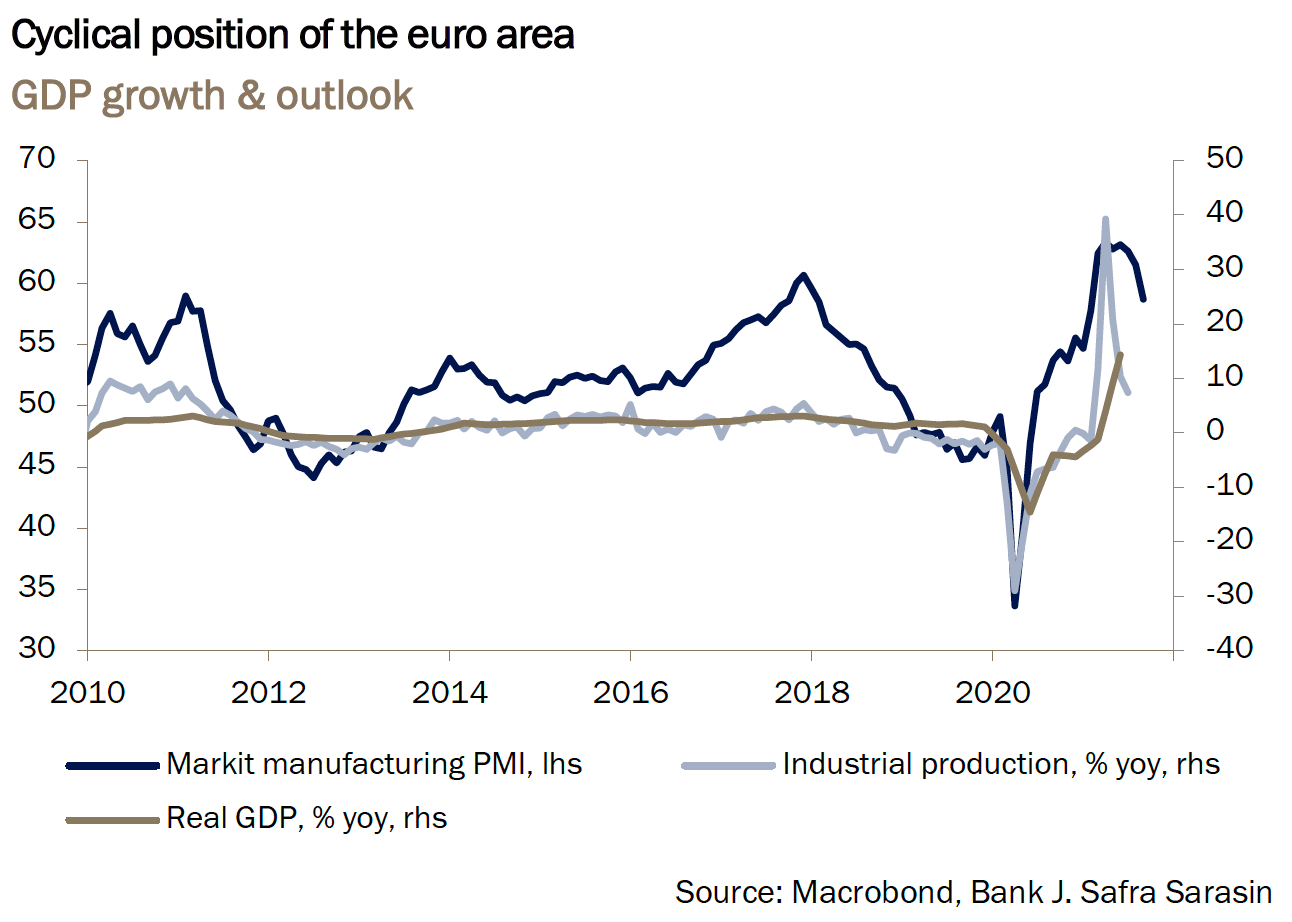 Low structural inflation is also expected to act as an additional medium-term tailwind.

Global inflation is surging amidst ongoing supply bottlenecks and energy shortages, with foreign exchange action suggesting the Dollar benefits in this environment while the Euro is proving particularly vulnerable.

The Dollar has gained in value over recent months courtesy in part to a retracement in global growth, amidst headwinds created by the Delta variant and surging inflation.

But the forces supporting the Dollar are expected to recede as year-end approaches.

"While the current strength may carry on for a while, continued solid global growth should rather weigh on the anti cyclical dollar. Moreover, continued deficit-funded government spending at large scale, along with a widening trade deficit should keep US twin deficits elevated and weaken the US dollar in the longer term," says Wewel.

"Above-trend global growth should remain a headwind for the anticyclical US dollar. We expect the current cycle to carry on well into 2022, which along with structurally higher US inflation should weigh on the dollar," says Wewel. 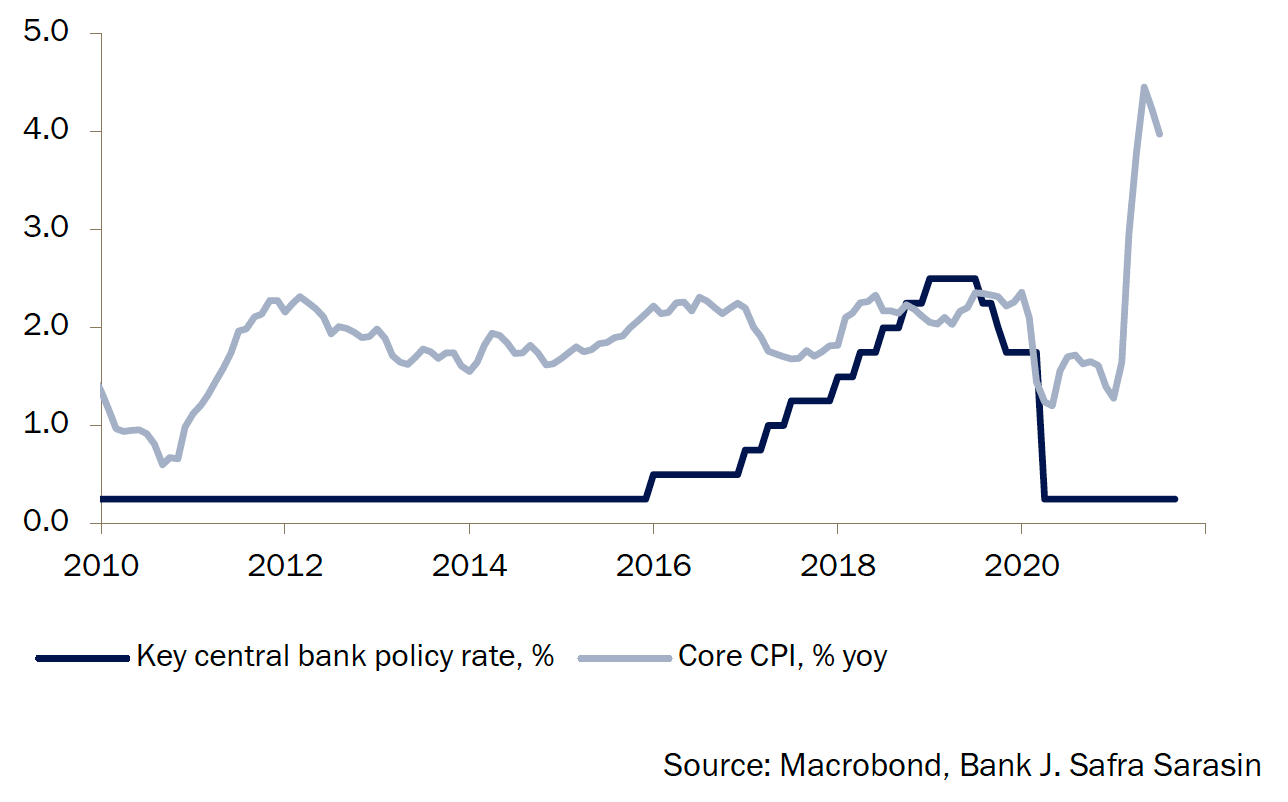 Above: U.S. inflation and the Fed's basic interest rate.