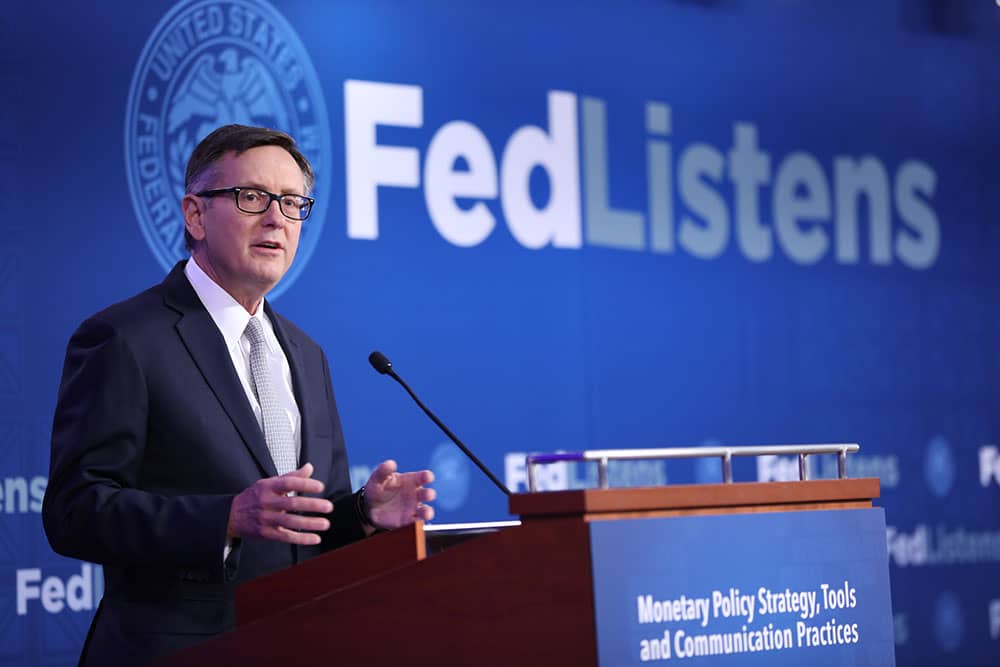 Comments from a prominent member of the Federal Reserve sent a message to foreign exchange markets that the Dollar will likely remain supported against the Euro for a while yet, delaying any prospects of a material recovery in the Euro-to-Dollar exchange rate (EUR/USD).

EUR/USD bulls had been probing the 1.1890-1.1900 level in five succession sessions ahead of Wednesday's remarks by Federal Reserve (Fed) Vice Chairman Richard Clarida that the economy was on course to merit the withdrawal of monetary stimulus.

"Clarida’s hawkish remarks came at a time when the pair was testing the 1.1900 level, sending it back to the middle of the 1.1750/1.1900 range seen in the past month," says Francesco Pesole, FX Strategist at ING Bank.

Speaking to the Peterson Institute for International Economics, Clarida said "necessary conditions for raising the target range for the federal funds rate will have been met by year-end 2022".

These include an improved outlook for inflation and unemployment.

"Make no mistake, Clarida’s views are tremendously important. He is both a member of the Fed’s inner core and a true centrist, so when he throws his weight behind something, that is typically the consensus view within the FOMC. Indeed, the San Francisco Fed president soon echoed his remarks," says Marios Hadjikyriacos, Senior Investment Analyst at XM.com.

Following Clarida's comments the market firmed expectations that a first rate hike will be delivered by the Fed in 2023. 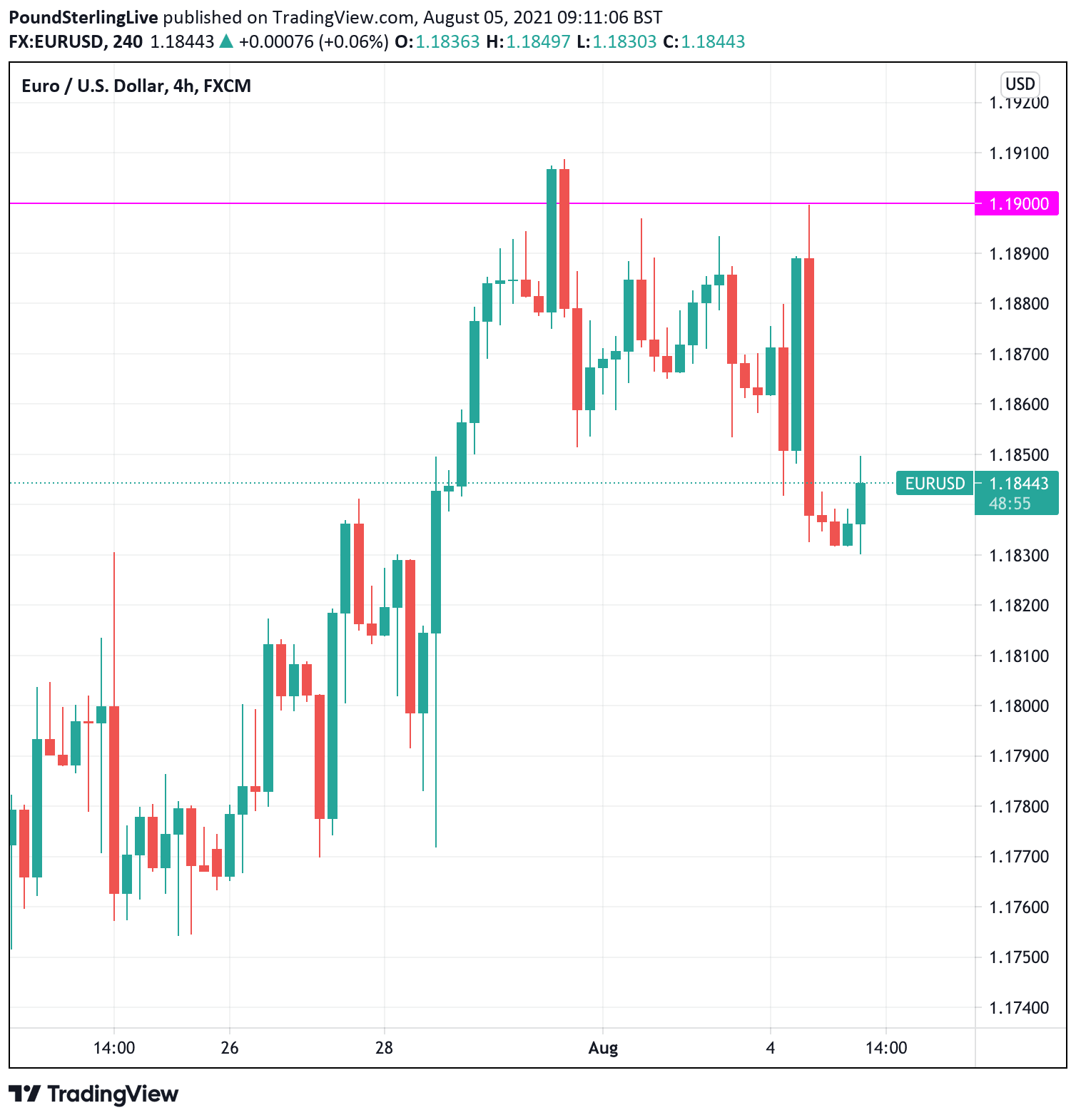 Clarida said that if the growth outlook remains strong, he favours a tapering announcement by the end of the year, a view also pushed by San Francisco Federal Reserve President Mary Daly.

She said that the Fed may start tapering its asset purchases later this year or in early 2022.

"EUR/USD has fallen back from the $1.19 handle but has found a short-term support at around $1.1840. Although the currency pair could trend higher in the short term, the long-term upside scope is likely limited amidst the divergent monetary policy paths of the US and Eurozone," says George Vessey, a foreign exchange currency analyst at Western Union.

The Dollar remains sensitive to evolving expectations around when the Fed will announce a plan to begin winding down its bond buying programme, a move that would foreshadow an eventual interest rate rise.

Foreign exchange markets are tending to favour those central banks that are offering higher interest rate settings, or are expected to do so in the future, than those belonging to peers where rates are lower.

The Fed has through 2021 gradually signalled the possibility that the time to end quantitative easing is drawing near and a concrete announcement could even be made at the Jackson Hole Symposium, due at the end of August.

But economists say the announcement could come at any of the Fed policy meetings before year end.

With the market's expectations for a future of higher interest rates now ultimately being confirmed by Fed communications, the Dollar is tipped by analysts to remain supported.

Clarida's comments come at a time of fading confidence in the strength of the U.S. economy owing to a series of lacklustre economic reports (notably the downside surprise to 2Q GDP growth), which lead markets to tamper expectations for a more proactive stance on reducing policy support at the Fed.

Indeed, the Dollar had been trending weaker through late July and into early August, a development confirmed by the Euro-Dollar's retest of 1.19.

The Dollar was also softer after the Fed's July FOMC meeting where the Fed signalled it was not rushing to withdraw monetary support.

"We came into the July FOMC decision leaning defensive, and anticipating the USD could benefit from a broadly unchanged FOMC stance. While we got the result we had anticipated, the market reaction more benign than we had expected. Instead of a post- FOMC USD strengthening, risk assets found relief, and the USD edged lower against the majors," says Brian Daingerfield, a foreign exchange analyst at NatWest Markets.

The comments made by Clarida this week therefore will have surprised some in the market, which explains the robust response in Dollar exchange rates.

Concerning the outlook, NatWest Markets are however not convinced that a major impulse of Dollar strength is likely.

"We believe the latest Fed communication reinforces the prospect of renewed USD weakness. However, the weakness will be more specific to G10 FX where central banks will shift to a tighter stance. Versus EUR & CHF for example, we expect limited USD weakness," says Derek Halpenny, Head of Research, Global Markets EMEA at MUFG.