Research from Citi and Goldman Sachs shows that the Euro stands to benefit as the EU vaccination accelerates in April, allowing foreign exchange markets to focus on a strong Eurozone recovery in the second half of the year.

Eurozone countries such as Germany, France and Italy are currently in the midst of a third wave of covid infections while vaccination rates in the region continue to lag those in the UK and U.S.

This combination of factors means investors expect a sustainable post-covid economic reopening in the Eurozone to lag those of the UK and U.S.

As a result, the Euro-to-Dollar exchange rate (EUR/USD) has now fallen 2.75% in 2021, a year that the majority of foreign exchange analysts entered believing would be one characterised by a robust advance.

Yet, foreign exchange markets are forward-looking in nature and for the EUR/USD outlook the question becomes at what point do investors look through the current problems facing the Eurozone and start betting on the recovery.

Analysts at NatWest Markets tell clients the second quarter should see significantly higher vaccine supplies from existing producers which include AstraZeneca, Moderna and Pfizer who should together deliver almost three times the amount of doses in the second quarter compared to the first quarter.

"Added to this, Johnson & Johnson vaccinations should begin, with supply reportedly being delivered to European countries from mid-April – this adds an additional 55 million doses to the Q2 total," says Imogen Bachra, European Rates Strategist at NatWest Markets.

The European Commission has a target of vaccinating a minimum 70% of the entire adult population by the end of the summer.

The Commission is betting on a strong second quarter of vaccine production to reach its goal.

The Commission notes 107 million doses have already been distributed and expect up to 360 million to be delivered over the next 3 months, leaving officials confident their target remains within reach.

"Yet we do not believe that this is the start of a USD bull market, and US downside resume over time," says Rahbari.

"We still expect lockdowns to effectively cap third wave risks, vaccination progress to accelerate, and a global recovery as well as a value rotation to support EUR/USD upside possibly quite soon," he adds. 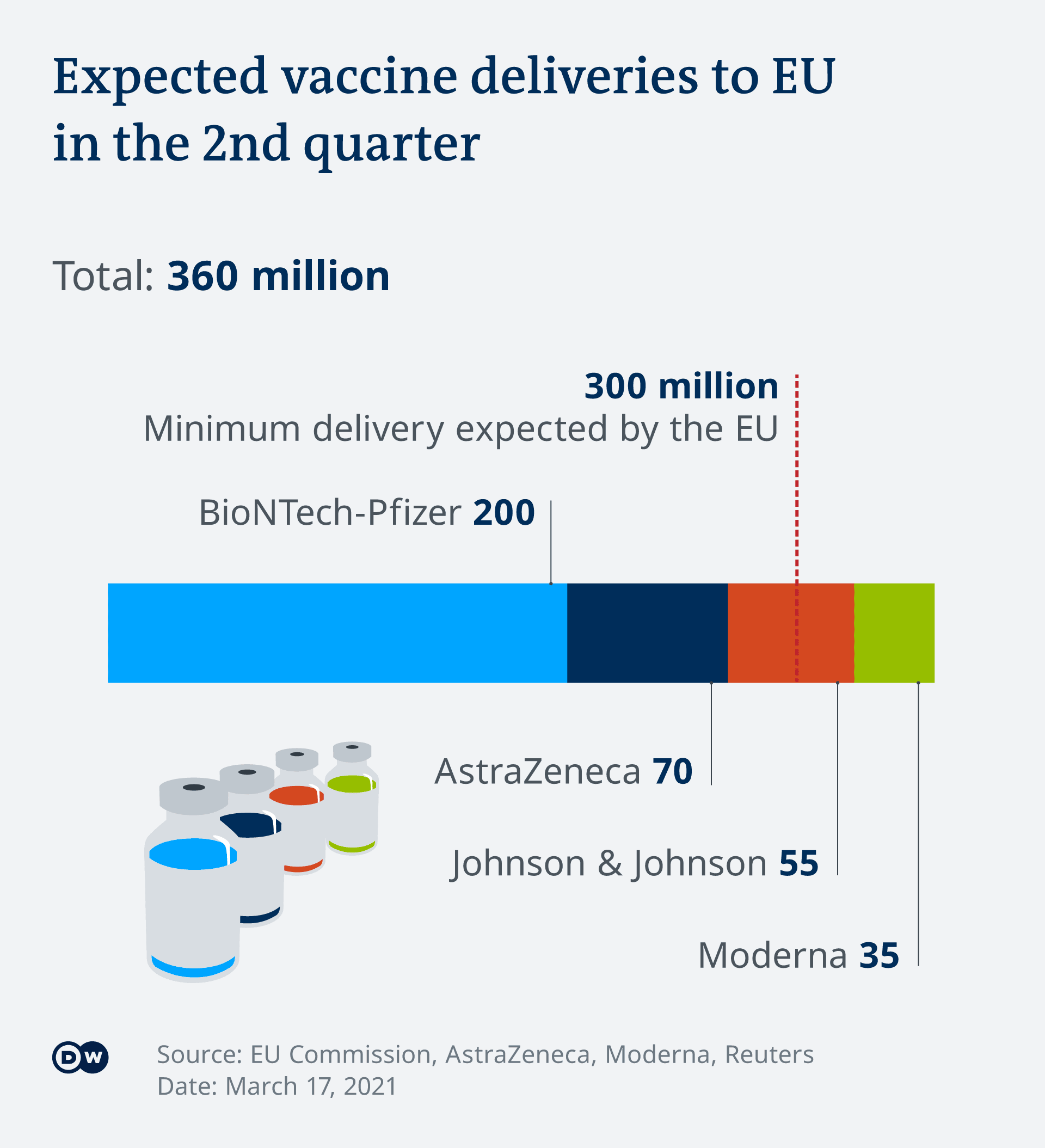 Zach Pandl at Goldman Sachs Sachs says the main opportunity in G10 foreign exchange markets will be positioning for the likely recovery in European activity.

"Vaccinations are set to accelerate significantly in April and May, and past experience suggests current lockdowns will lower covid case numbers relatively soon," says Pandl in a recent client research briefing.

The call comes as German Chancellor Angela Merkel seeks a Germany-wide lockdown response to the expanding pandemic in her country, where ICU occupancy continues to rapidly rise amidst some confusion over testing data owing to the effect of the long Easter weekend.

Shutdowns and a slow vaccine rollout mean foreign exchange markets have been buying the Dollar against the Euro on a view that the U.S. economy will outperform that of the Eurozone.

But, Goldman Sachs say the return of accelerating European growth should help unwind some of the divergence with the U.S. priced into domestic yield curves, as well as support commodity prices and risky assets generally.

"If we look at the Euro area more broadly, the health situation looks better than the public debate might suggest. Despite the further twists and turns in the AstraZeneca saga, the overall pace of vaccinations is finally starting to surge. And even the virus numbers themselves are not as bad as widely believed, with both positivity rates and fatalities fairly stable despite selective reopening and generally stronger-than-expected economic data," says economist Jan Hatzius at Goldman Sachs.

Despite the recent pullback in the Euro-Dollar, Goldman Sachs tell clients they are keeping their three-month and 12-month EUR/USD forecasts unchanged at 1.21 and 1.28, respectively.

Economists at the investment bank hold an above-consensus GDP forecast of 5.1% for the Eurozone in 2021.

Growth forecasts for the next year through to the first quarter of 2022 shows expectations for growth of 7.0% in the Eurozone vs. 7.4% for the U.S.

"Moreover, it is easy to imagine Europe outperforming our baseline forecasts if Germany and other manufacturing-dependent economies continue to benefit from a strong global industrial rebound while an earlier-than-expected vaccination breakthrough rescues the Southern European tourist season," says Hatzius.

(Acknowledgments: some research courtesy of FXwatcher.com).