The Euro-to-Dollar rate built on earlier gains Tuesday after IHS Markit surveys pointed to a strong rebound in manufacturing and services activity for the month of June, although economists have urged caution, warning that the results give a misleading impression of conditions in the Eurozone economy.

Europe's manufacturing and services industries extended their recovery in June as economies reopened and activity levels picked up.

"It’s very likely that low base effects in France drove this month’s leap in the PMI, while the rate of improvement in Germany is smoother, due in part to the smaller hit in the first place. All we are willing to say with certainty at this point is that the slow improvement is still underway, a story confirmed by the details," says Claus Vistesen, chief Eurozone economist at Pantheon Macroeconomics.

Markets care about PMI data because they are an indicator of momentum within an economy, which has a direct bearing on the outlook for inflation, which is what determines interest rate policies. The outlook for rates is a significant driver of currencies, although borrowing costs are widely expected to remain at their new lows for some years yet everywhere including in the Eurozone.

"What matters is that businesses in the UK and Europe have reported that sentiment has improved. For now, this is likely to be enough to support risk appetite and allow the pound and euro to continue to recover lost ground," says Ranko Berich, head of market analysis at Monex Europe. 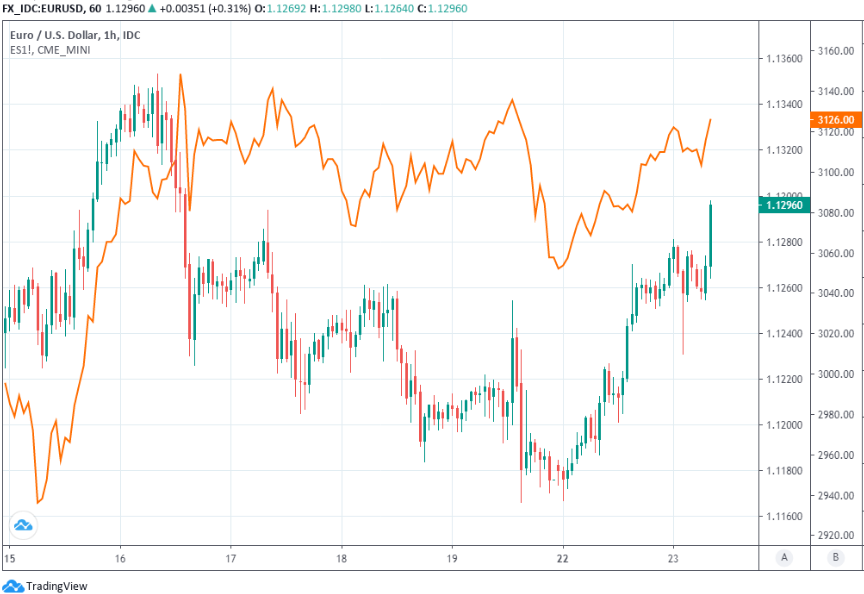 "We remain long EUR/USD as it’s clear the European recovery story is in motion and countries are in the process of relaxing their lockdowns, with so far no clear sign of a pickup in virus cases. The risks to this view stem from US growth expectations suddenly improving or the lockdowns in China getting worse. It’s a fine balancing act, but we believe the recent move lower is unlikely to be a new trend," says Jordan Rochester, a strategist at Nomura.

French PMI indices have now returned to levels that last prevailed in January while their German counterparts are close to having done so and the bloc-wide measures are also closing the gap fast.

Tuesday's surveys relate to a month in which France and Germany eased 'lockdown' restrictions on the movement of people and on many forms of commerce, marking the beginning of their economic recoveries in earnest.

"A softer greenback is indicative of rising risk appetite, something that should continue to improve following today’s data, although this afternoon’s US PMIs will likely keep some sentiment in check until we can be assured that the US economy continues to exhibit signs of recovery," says Chris Beauchamp, chief market analyst at IG. "Markets appear to have made peace with the idea that it will be a steady recovery rather than a quick and dramatic rebound."

Economists say the results paint a misleading picture because actual activity and output remain a long way below where they were before the coronavirus closed economies, but this has been papered over by PMI surveys that measure month-to-month percentage changes in each category.

The Euro-to-Dollar rate advanced toward the 1.13 handle in the wake of the surveys although the move also came alongside gains for stock markets, which many currencies have been following of late.

"The PMIs don’t correlate perfectly with month-to-month shifts in activity. Simply the fact that they are rising suggests that the balance between firms reporting deteriorating conditions, and those reporting improving conditions, is shifting for the better. Trying to use these data to say anything more substantial at this point, is speculation," Pantheon's Vistesen says. 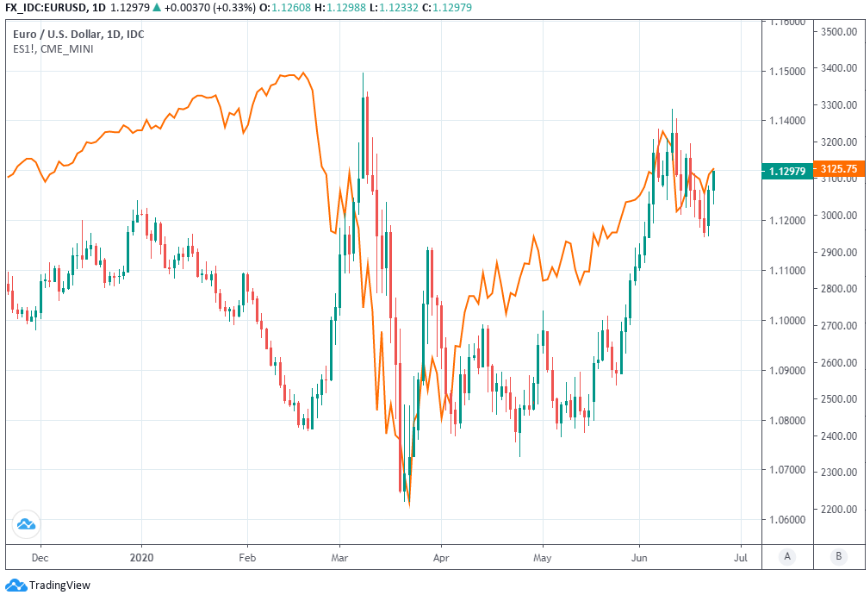