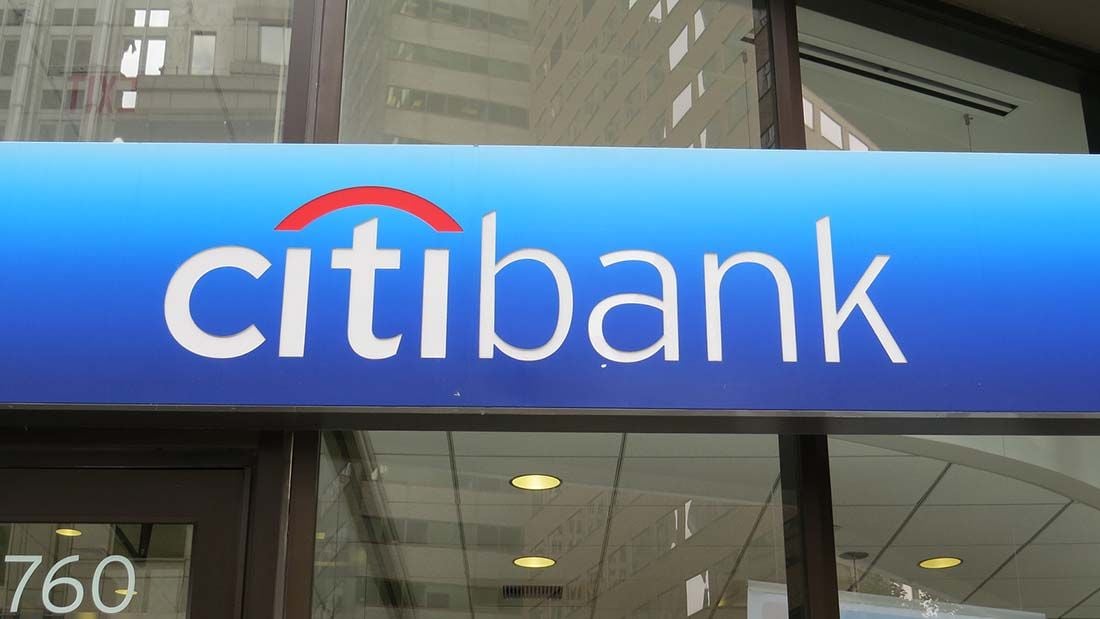 Market strategists at Citibank - the world's largest dealer of foreign exchange - have said they continue to see further downside in the Euro, noting the currency is not yet cheap, despite its ongoing decline in valuation.

CitiFX Strategist Ebrahim Rahbari tells clients in a strategy note that "EUR is not cheap, we expect EUR weakness to persist."

According to studies conducted by Rahbari and his team, valuation metrics show the Euro is "only slightly undervalued" vs. its peers in the G10 space.

The view that the Euro is not heavily undervalued suggests the ongoing sell-off in the currency can extend before it becomes fundamentally oversold, at which point expectations for a rebound would emerge. 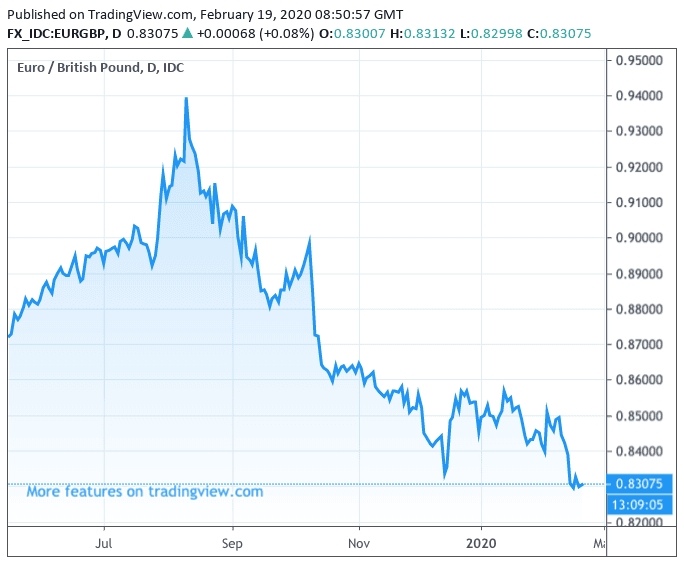 However, it is against the Dollar where Euro weakness appears particularly acute, we note the Euro-to-Dollar exchange rate to have been caught in a downtrend since the pair rolled over from the highs achieved above 1.24 back in early 2018: 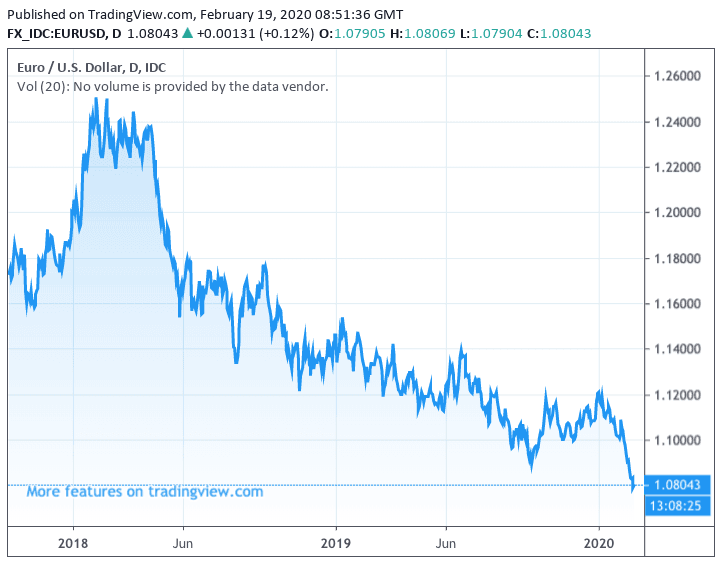 2020 has seen the Euro's journey lower against the Dollar restart, following the brief consolidation noted in the second half of 2019.

Further weakness in the EUR/USD is likely to place downside pressures on other major Euro exchange rates, and will certainly explain some of the ongoing weakness we are seeing in the EUR/GBP cross in particular.

Citibank say the Euro is not particularly weak in trade-weighted terms, and the currency "should have de-rated on the ‘deglobalization shock.’"

The 'de-globalization shock' mentioned here refers to the move away from an increasingly integrated global economy under President Donald Trump, who favours protectionism for U.S. industry, particularly against China.

The Euro's ability to recover therefore ultimately rests with a return to growth for the Eurozone economy, indeed with the U.S. and China striking a Phase 1 trade deal at the turn of the year market expectations for a rebound in Eurozone economic activity rapidly grew. But, data of late suggests this turnaround is not in fact transpiring, in part due to the coronavirus outbreak in China.

Yet, markets are apparently still priced to some extent for a turnaround: "we estimate that markets are still pricing a sizeable expected rebound in Eurozone PMIs," says Rahbari.

Should this not materialise, the Euro could be exposed to yet further disappointment and weakness.

"Even though we would not chase the EUR sell-off this week, we still see further EUR downside over time," says Rahbari.

The fortunes for the Eurozone economy in 2020 depend a great deal on how the coronavirus outbreak progresses and how long the negative impact of the outbreak persists.

"While markets have been able to shake off the initial coronavirus outbreak, the impact of the COVID-19 outbreak on the global economy does not have historical precedent and is likely to be a double whammy for the economy," says Citibank in a briefing released February 19.

Citibank's research questions the market's apparent consensus of a V-shaped recovery, i.e. there will be a short-term hit to the economy but the ensuing recovery will be rapid and therefore the outbreak will have little enduring impact.

Citibank also note that flows and positioning amongst the global investor community are also supportive of the view that the Euro has further to fall.

The view for further downside in the Euro is shared by others in the market, with strategist Marshall Gittler with BD Swiss noting that the Eurozone's economic underperformance provides a fundamental backdrop supportive to further weakness in the single currency. 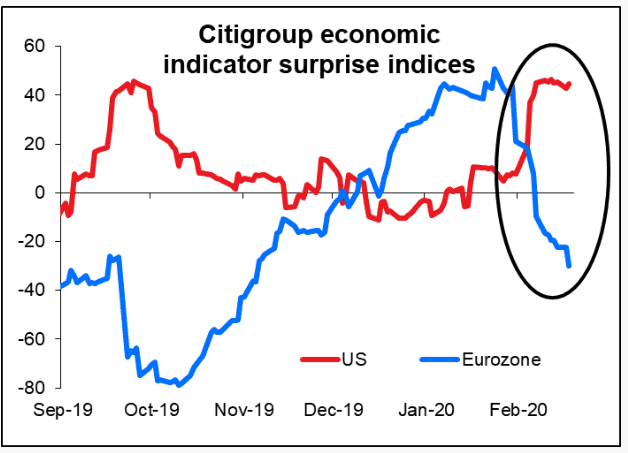 "I’ve been talking for some time about the risk of a further downturn in EUR/USD from a fundamental point of view, based largely on the widening difference in expected growth between the two regions. There’s also a technical argument to be made for a lower euro: the single currency is approaching a major long-term support level," says Gittler.

The strategist says if the Euro breaks through the support level - as seen in the below chart - "heaven only knows where the next support might be." 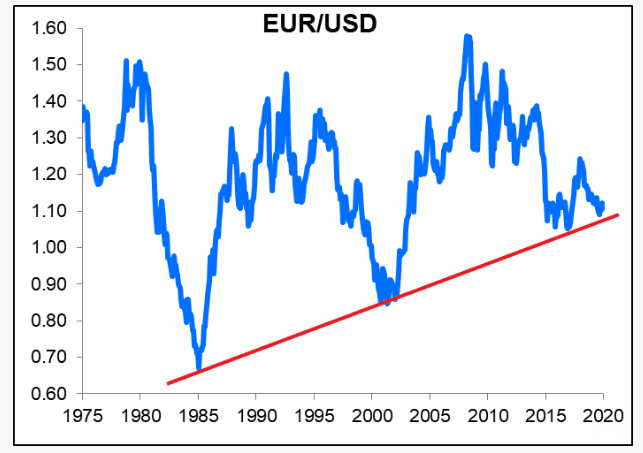 "Apparently, a number of market participants think this is a good possibility, because the longer-term risk reversals have recently flipped into negative territory, i.e. 3- and 6-month puts now cost more than calls. This indicates more long-term bearishness about the pair. Note how swiftly the rate has shifted from positive to negative. I remain negative on EUR and especially EUR/USD," says Gittler.