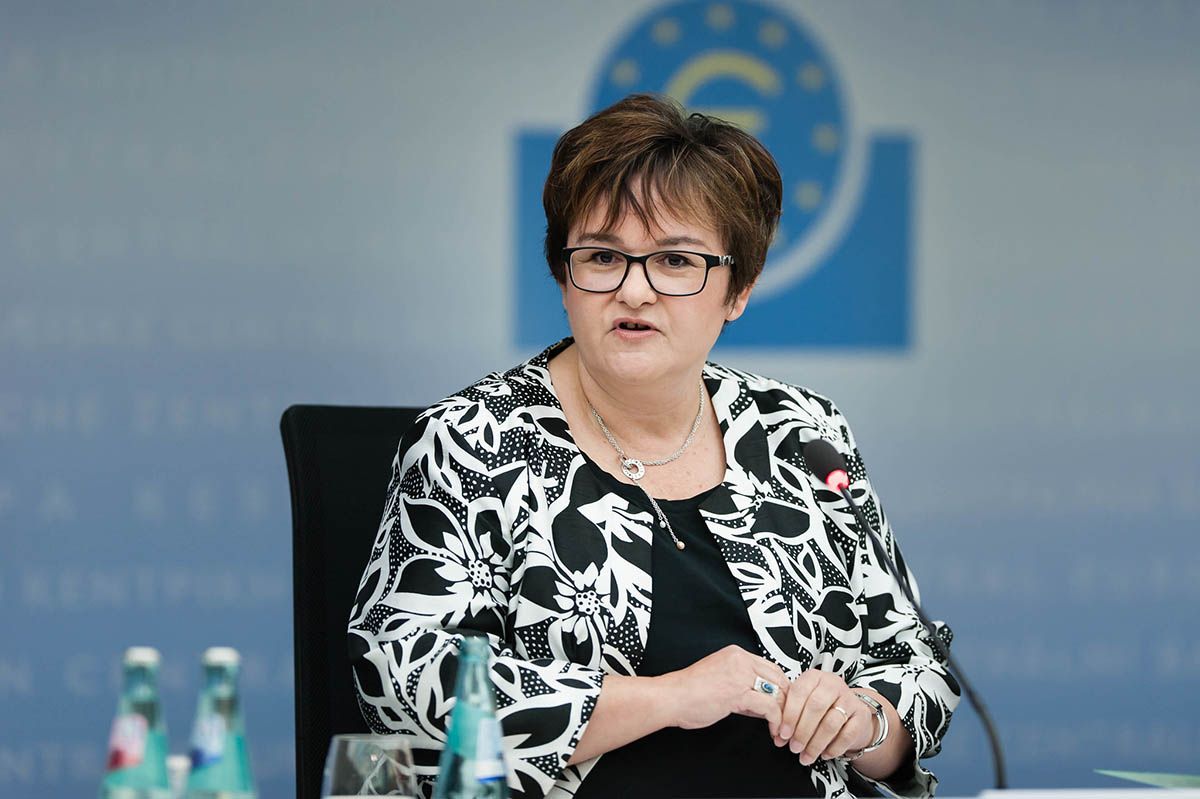 - Move continues tradition of German resignations from ECB board

Sabine Lautenschläger, Member of the Executive Board and Governing Council of the European Central Bank (ECB), has resigned.

Lautenschläger, a former vice-president of the Deutsche Bundesbank, informed ECB President Mario Draghi that she will resign from her position on 31 October 2019, prior to the end of her term of office.

The move was unexpected and has understandably caused ripples through financial circles with some commentators and analysts interpreting the move as signs that discontent is starting to emerge over the ECB's dogged policy of delivering ever-lower interest rates and increasingly colourful schemes to boost Eurozone economic growth.

"The decision probably came over disagreement with the ECB’s latest monetary easing package and deepens the split within the central bank. French, Dutch and Austrian ECB-members also questioned the necessity to engage for example to fresh asset purchases. Mrs Lautenschläger isn’t the first German ECB member to resign over controversial ECB policies. In 2011, both Axel Weber and Jürgen Stark did the same," says Mathias Van der Jeugt at KBC Markets in Brussels.

The Euro was seen to be one of the worst-performing major currencies of the day following the developments.

Above: Daily performance of the Euro vs. the major currencies

The Euro-to-Pound exchange rate was quoted at 0.8871 following the news; however an under-pressure and Brexit-battered Pound appeared to be flattering the single-currency.

Against the Dollar, losses were more notable with the Euro-to-Dollar exchange rate cementing its position below the key 1.10 level at 1.0943.

The loss of Lautenschläger from the ECB's policy-setting body will be interpreted that resistance to further interest rate cuts and unconventional policy measures has been lessened.

Currency's tend to come under pressure when their issuing central bank cuts interest rates or engage in money-printing operations, such as the ECB's Asset Purchase programme. It is arguable that the Euro is under-valued thanks to a succession of interest rate cuts and an ongoing programme of Asset Purchases that has pumped billions of Euros into the economy.

On September 12 the ECB opted to cut the interest rate on the deposit facility by 10 basis points to -0.50%. It was also announced that net purchases will be restarted under the Governing Council’s Asset Purchase Programme (APP) at a monthly pace of €20 billion as from 1 November.

The loss of Lautenschläger suggests it will be a case of 'more of the same' under the impending Presidency of Christine Lagarde.

The Euro has traded notably lower as a result, ensuring the currency has underperformed over the course of the past month: 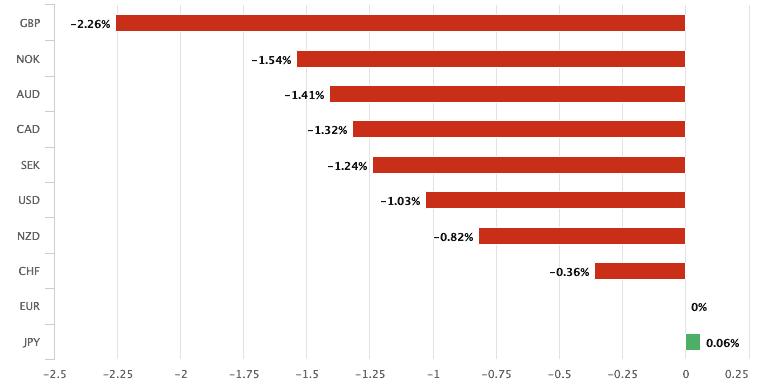 Above: The Euro's performance over the past month.

"It is unclear what her motivation for resigning was," says Carsten Brzeski, Chief Economist at ING Germany. "It may be personal reasons but also a protest against the ECB’s recent decision to engage in another round of monetary easing. The latter would fit into an almost typical German tradition as previously Executive Board member Jürgen Stark and Bundesbank president Axel Weber had stepped down out of protest."

Brzeski says if Lautenschläger’s resignation has really been driven by her opposition against the ECB’s latest decision to cut rates further and to restart Quantitative Easing, "it would worsen the divide between hawks and doves".

"When Christine Lagarde takes over from Mario Draghi in November, she will have some work to do to mend the ties," says Brzeski.

Anders Svendsen, an economist with Nordea Markets warns that it might be premature to read too much into Lautenschläger’s resignation.

"For now, the ECB is one hawk down. Not that it matters much when the doves are in majority. Moreover, the replacement – most likely being German – is highly likely to be in the hawkish camp too," says Svendsen.

Therefore while the resignation might add to the unhelpful 'mood music' accompanying the Euro exchange rate complex, it will unlikely have longer-term implications as 1) the ECB will almost certainly not shift course and 2) churn on the ECB board is currently high. Indeed, most of the Executive Board will have been replaced over a short period of time.

"There will be only one Board member left with a bit of office experience, Yves Mersch. Time will tell if that is an advantage or a disadvantage for the ECB in the Lagarde Era," says Svendsen.