- But downside is likely limited to 1.10, some banks are saying.

The Euro-to-Dollar rate broke decisively through the floor of a seven-month trading range overnight, hitting a 22-month low in the process, and analysts at a number of major banks are now warning that this could mean further losses are in the cards for the days ahead.

Europe's single currency had already entered the holiday-shortened week on the back foot as investors bid the Dollar higher in accordance with upgrades to market estimates of the first-quarter U.S. GDP growth number due out on Friday but the pressure intensified Wednesday when the influential Ifo Institute for Economic Research survey of German economic activity failed to provide an offset to more expectations for American growth.

The Ifo index fell to 99.2 in April, from 99.7 previously, when markets were looking for an increase to 99.9. The Ifo, which reflects changes in both current German economic activity and expectations of the future, had risen for the first time since August 2018 the previous month, potentially leading some to anticipate another increase this week that subsequently proved elusory.

"Yesterday's German IFO data, like last week's PMI release, punctured any optimism and pushed EUR/USD lower. But has anything really changed?," says Kit Juckes, chief FX strategist at Societe Generale. "The risk then, is that having broken through the bottom of the recent EUR/USD range, all we do is add another coat of paint to the bottom of it, and settle into a marginally lower range, that is just as claustrophobic as the previous one."

Juckes wrote Wednesday, ahead of the Ifo release, that he was not optimistic about the odds of the Euro-to-Dollar rate being able to defend the bottom of the seven-month range that has now given way. The Euro was quoted -0.19% lower at 1.1132 Thursday after dropping through 1.12 overnight. Many analysts are now eyeing the 1.10 level as the next likely target. 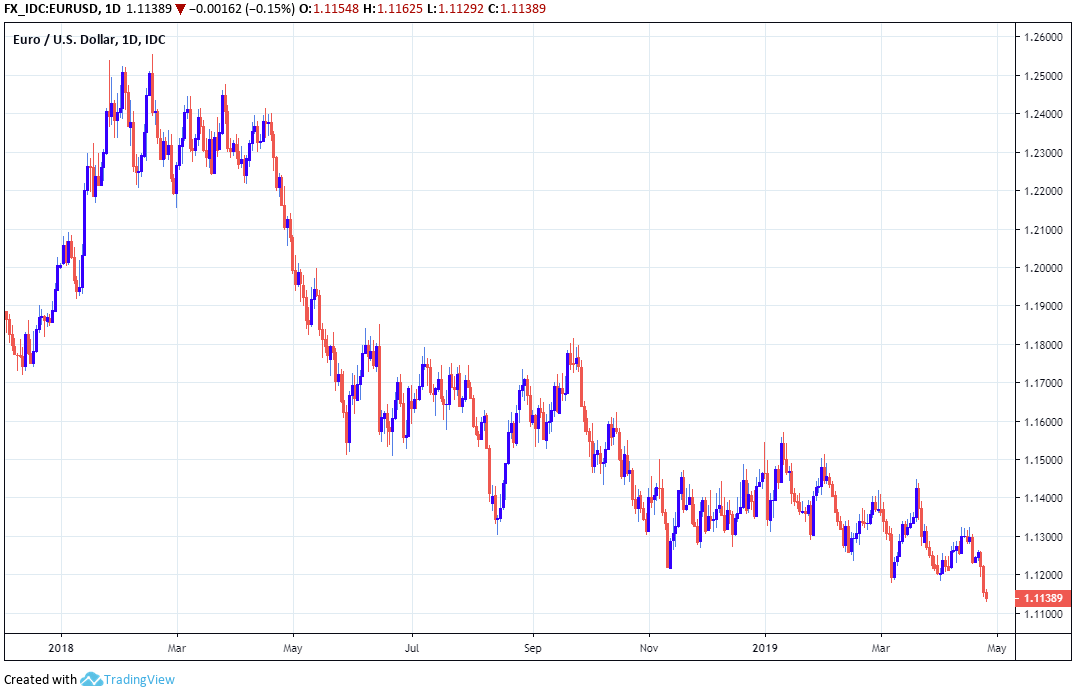 Juckes is contemplating the question of whether a break lower into a new range where an area like 1.10 marks the bottom will be enough to provide the market with a buying opportunity although, in a note to clients Thursday, he appeared unsure of the answer.

"Alternatively, we may be entering a buying area," Juckes writes, before referring to views from a colleague on the economics desk.

Societe Generale economists argue that just because the German industrial sector is in recession, which is the result of damage done to China by the trade war with the U.S. and uncertainty over the EU trade relationship with both the UK and U.S., it does not mean the entire economy will follow suit. They say that as the domestic side of the economy grows in importance, the signal coming from surveys like the Ifo will decline in relevance to the economic outlook.

"The chart below doesn't show much sign of this happening yet, but maybe we place to much emphasis on PMIs and IFO in Europe. If that's the case, the low for this EUR/USD cycle may not be very far from here. Q1 GDP data are due on [April] 30," Juckes says.

Juckes and the Societe Generale team appear to be holding out for a Euro area economic rebound later in the year that could ultimately knock the Dollar off its perch and hel the Euro-to-Dollar rate to rise from the depths of its current trough. But others are less optimistic.

"The economy on the other side of the Atlantic is humming, as tomorrow’s US GDP data for Q1 is likely to demonstrate, whereas next week’s sentiment indicators, Q1 GDP and April inflation data is unlikely to cause economic optimism for the euro zone. As a result I do not see the euro appreciate short term, instead the risks are on the downside," says Antje Praefcke, an analyst at Germany's Commerzbank.

Praefcke notes that opinion polls are pointing toward Spain's general election producing another hung parliament and a further protracted period of negotiations over the formation of a coalition government. She also flags that concerns over whether Italy will stick to the commitments made in its budget could easily begin to upset the Euro again over the coming months, but it's the growth outlook that matters most.

Financial markets currently have laser-like focus on differences in the trajectories of major economies because economic growth differentials are often a reasonable predictor of the gap between yields on short-term bonds of two countries. Yields have significant influence over exchange rates because international capital tends to flow in the direction where the outlook for relative returns is most favourable. 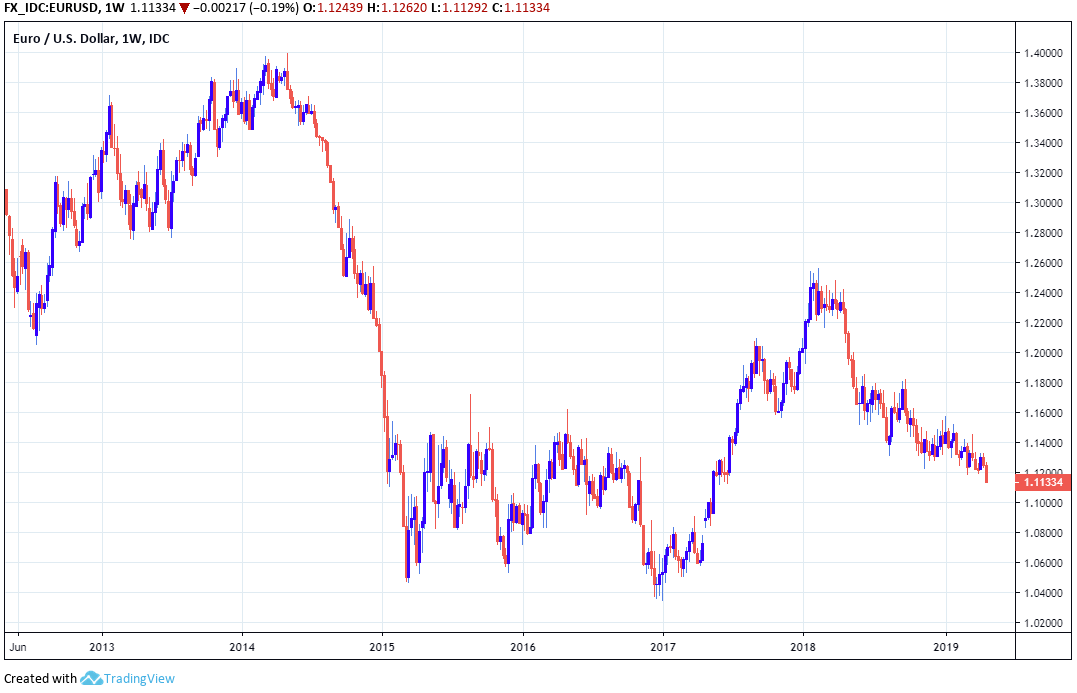 "The move in EURUSD may have legs, but may not be very long unless it gets further fundamental backing from here. The next week or two has plenty of data and event risks to provide such a trigger, but much may depend on whether a coherent pattern of EUR weakness is able to emerge," says Ned Rumpeltin, European head of fx strategy at TD Securities.

Growth differentials impact the bond market because of what the various economic numbers might mean for central bank interest rate policies across the world. Consensus still suggests the U.S. economy will slow sharply in 2019, ending the Federal Reserve rate hiking cycle in the process, and that a pick-up in growth across other parts of the world will put interest rate rises back on the table in Europe and elsewhere.

Such an outcome would be a death knell for the 2018-2019 Dollar rally that has helped keep the Euro-to-Dollar pair and many other exchange rates under the thumb during recent months, only the 2019 story thus far has not panned out in the way the market had imagined it would.

"We note the market already looks short EURUSD and quite a bit of the bad news already appears to be in the price. If the evidence supports it, we can easily envision a push lower to test support at 1.1119 ahead of 1.1023, but an extension down from there may be hard won," Rumpelting says. "This is a very fragile situation, however. The key question at this stage, naturally, is whether this USD move will have "legs". Given the size and influence of the EURUSD market, we are particularly focused this pair as a barometer for overall dollar direction in the very near term."