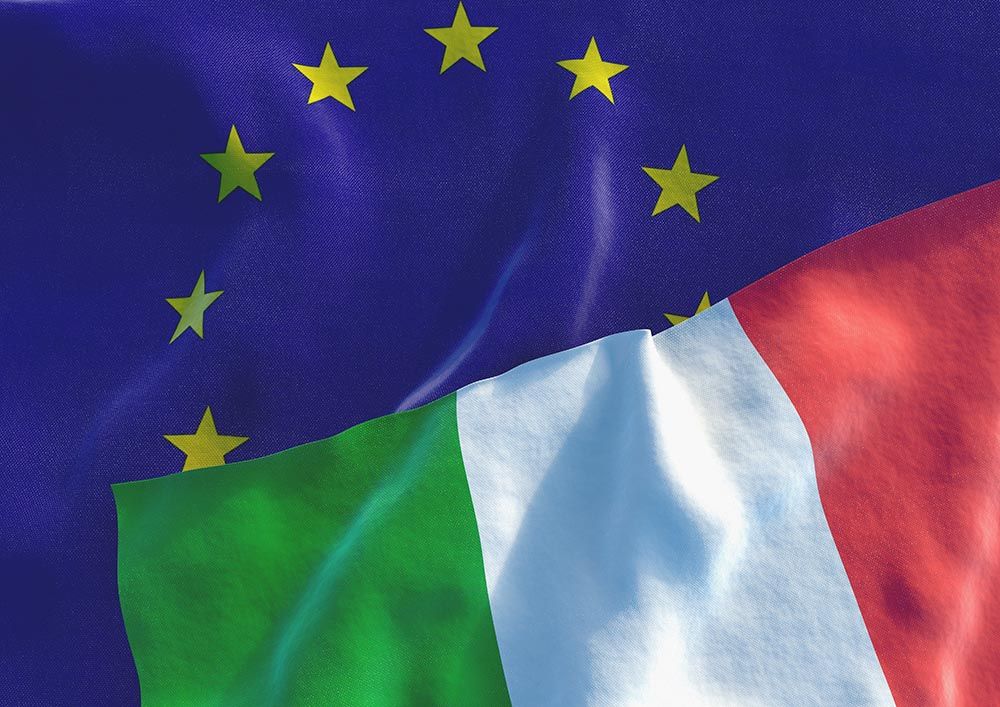 Italian industrial production data fell sharply in November, adding to a string of data releases that show economic activity in the Eurozone has slowed sharply with Italy now joining Germany as being likely to record a technical recession at the turn of the year.

Italian industrial production for November read at -2.6% in the year to November, and -1.6% month-on-month in November. Growth of 0.2% was forecast by markets for the annualised figure and a slight drop at -0.3% was forecast for the monthly figure.

The disappointment comes hot on the heels of an unexpected slowdown in France, highlighted by yesterday's French industrial production data.

The fresh numbers only add to the gloom concerning the outlook for the Eurozone economy, with signs pointing to a potential recession taking hold in Germany after successive months of decline in its manufacturing sector.

"The November production reading adds serious doubt about GDP growth over 4Q18. Over the Sep-Nov quarter, industry data on a seasonally-adjusted basis, contracted 0.1% QoQ and confidence data has deteriorated further overall. On past form, both the ESI and our computed PMI composite measure for Italy for 4Q18 are consistent with a contraction of Italian GDP in 4Q18. We are now pencilling in a second consecutive 0.1% QoQ GDP contraction in 4Q18, which would mark the start of a technical recession," says Pizzoli.

The Euro was however apparently unfazed by the Italian numbers, moving higher against both the U.S. Dollar and the Pound.

This tells us that currency markets might have already discounted the prospect of the European Central Bank delaying an interest rate hiking cycle, which during 2018 was tipped to begin in Autumn 2019.

Nevertheless, the Euro does appear to be in a bullish mood, trading near multi-week highs against the Dollar and Pound. We note that the Euro outperformance comes in line with a strong showing by China's Yuan: yes, we believe there is a correlation in play between the two currencies at present.

"US-China trade talks appear to be heading towards a constructive, risk-positive result. USD/CNH is at its lowest level since August as China has pursued additional monetary and fiscal stimulus, lowering the CNH risk premium. China proxy trades (like EUR/USD and AUD/USD) should benefit," says Hans Redeker, a strategist with Morgan Stanley, confirming the tie-up between EUR/USD and China.

Explaining the tie-up is best done on the assumption that the trade war between the U.S. and China has implications for global growth, and the Eurozone's export sector is therefore at risk. Thus, any signs of improvement on the trade war front would likely benefit the Euro.

We wonder however if the Euro is defying gravity in light of the receny Eurozone data.

"Eurozone data remains dreadful. The latest numbers for German industrial production (November) suggest the manufacturing sector is most likely heading for recession in Q4 18. Eurozone confidence continues to fall. The pressure on the ECB to change its guidance regarding a likely normalization of policy in 2019 is mounting," says Daragh Maher with HSBC.

"We simply struggle to find reasons to be bullish the EUR at this juncture, tactically or on a more medium-term view," adds the analyst.