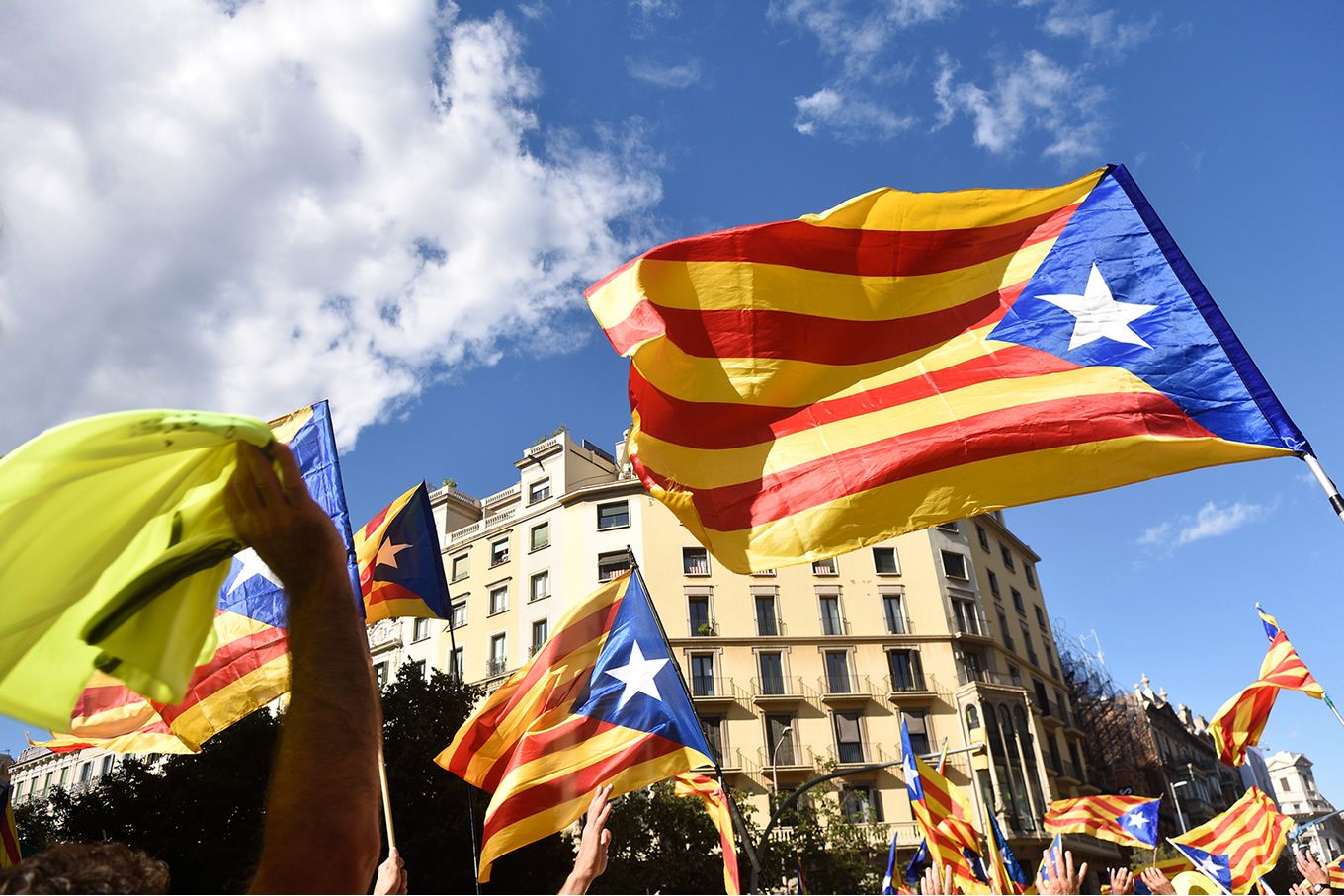 Ever since the French election went the way of centrist Emmanuel Macron the Euro has adopted a safe-haven appeal with investors content to believe the 'Politics of Rage' had been put to bed. However, events in Spain's Catalonia region over the weekend remind us that discontent within the Eurozone cannot be ignored.

Results show Catalonians that took part in the weekend referendum voted overwhelmingly to leave Spain, opening the door to days and weeks of potential turmoil in Spain's richest province.

Turnout in the referendum was seen at 42.3%, despite the Spanish government's attempts to stifle the vote.

The outcome of the referendum saw 90% of voters opt for independence which tells us the appetite for secession is certainly present and one would expect any official vote to comfortably deliver such an event.

Strikes have been called by Catalonia's main labour unions while various Catalonian politicians are calling for an unilateral decleration of independence.

"With this day of hope and suffering, the citizens of Catalonia have won the right to an independent state in the form of a republic," Catalan leader, Carles Puigdemont said in a televised address.

Above: Catalan leader Carles Puigdemont says his regional government will “in the next few days will send the results of today's vote to the Catalan parliament, where the sovereignty of our people lies, so that it can act in accordance with the law of the referendum."

"Catalan separatist leaders are now signaling they may be moving toward a unilateral declaration of independence as early as this week. PM Rajoy, which is heading a minority government, is as such wrestling the Spain’s biggest constitutional crisis in more than 40 years," says Mattias Bruér at SEB Research & Strategy.

At the very least, this does not allow for an environment conductive to a strong Euro, particularly against a rebounding US Dollar.

"The violence characterising Sunday’s Catalan referendum overshadows the actual outcome of the vote and may actually strengthen the Catalan quest for independence. Markets have not cared much so far, but that is about to change," says Jan von Gerich at Nordea Markets. "For the ones not having Catalonia on their list of political risks, now is high time to add it."

But Impact on Euro to be Short-Lived

For now Catalonia will remain part of Spain as the Spanish constitution does not allow for the break-up of Spain under any circumstance; so the impacts to the Euro are likely limited.

"The Euro has weakened modestly during the Asian trading session in response to the Catalan independence referendum. At the current juncture, the initial modest Euro sell-off appears reasonable. The situation would have to continue to escalate to have a more material and lasting impact on the value of the Euro beyond the near-term," says Lee Hardman, Currency Analyst with MUFG.

The performance of the Euro against the Pound hints at the Euro's current ambivalence to the referendum. The Pound-to-Euro exchange rate is seen trading at 1.1304, having opened the day at 1.1333 and gone as high as 1.1361.

"Another week, a fresh wave of politics driving currency markets. Noise around Catalan independence is likely to keep the EUR on the back foot and risks fuelling a deeper technical correction. But the fundamental fallout may be limited," says Viraj Patel, analyst with ING Bank N.V. in London.