Foreign exchange analyst Richard Perry digs into the EUR/GBP exchange rate to try and discover where this consolidating market might be headed next. 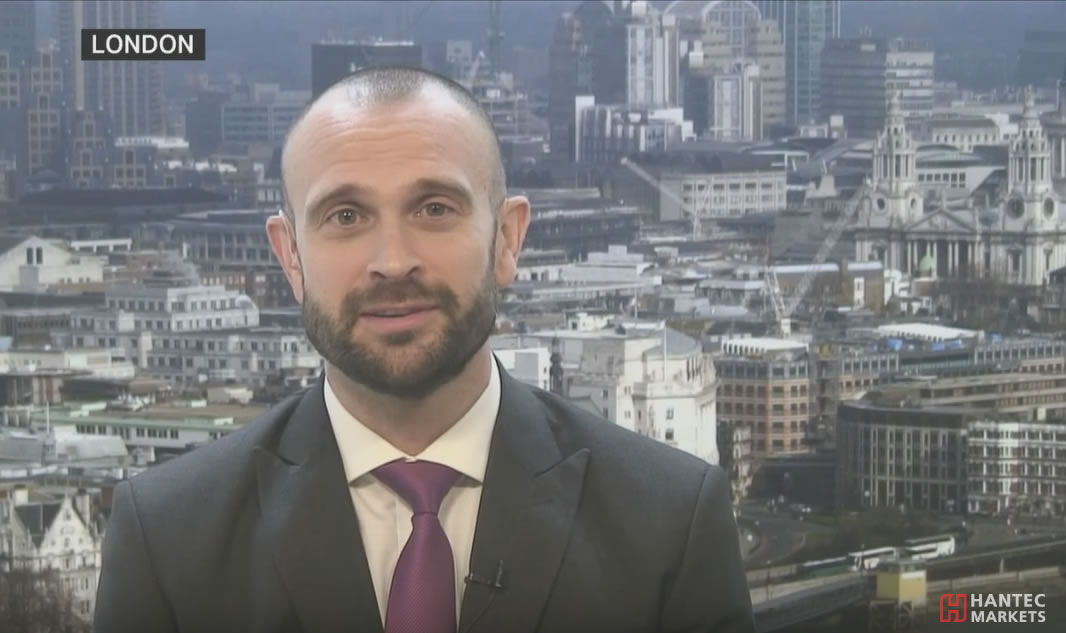 The EUR v GBP exchange rate is quoted at 0.8849 at the time of writing, having staged a mini-recovery having gone as low as 0.8814 earlier in the day.

The bounce-back confirms the Pound is unlikely to gain the upper hand on its European counterpart that easily and as a result a number of foreign exchange strategists continue to say any weakness in the EUR/GBP should be bought ahead of the inevitable rebound.

The Euro has strengthened across the board since May while Pound Sterling has endured a bout of weakness over the same period amidst increased domestic uncertainty and underwhelming economic data releases.

The net result has been a rise in the Euro v Pound exchange rate up towards a key resistance level which the single currency appears unable to crack.

“In the past few weeks since the UK election, the market has been putting consistent pressure on the resistance at £0.8850 but failed to achieve a closing breakout,” says Richard Parry, an analyst with Hantec Markets. 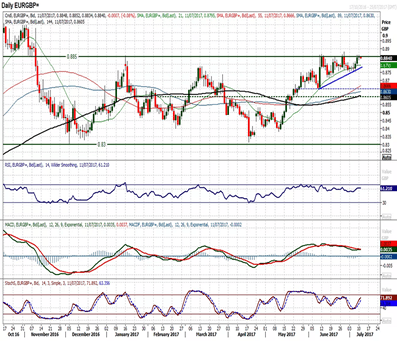 “The last two candles have shown continued pressure on this resistance, but for now it is not yielding,” notes Parry.

But, Perry is optimistic that the Euro will ultimately win out in the end:

“Momentum indicators are strong with the MACD lines and Stochastics turning higher once more with the RSI only in the low 60s. This all suggests there is upside potential in a move.”

Importantly for Euro-bulls, support has held firm for a couple of weeks around £0.8750 and a closing breakout would imply at least 100 pips of initial upside.

“Furthermore, corrections are increasingly being bought into at higher levels,” notes the analyst.

Where Could the Euro go from Here?

He sees moves in the past month effectively forming a bullish ascending triangle that would imply 200 pips of upside and imply around £0.9050 in due course.

For those watching this from a Pound to Euro exchange rate perspective this equates to a decline down to 1.1048.

Perry says from a strategic point-of-view he is looking to buy dips in the Euro.

Patience is required though.

The call comes at the end of what has been a strong period of gains for the Euro against its UK counterpart having been in the ascendency since the start of July.

“EUR/GBP’s recent high of 0.8882 was not confirmed by the daily RSI and the market held sideways last week, neutralising this,” says Jones in a note to clients on Monday, July 10.

The Pound and Euro pairing are traditionally studied in the EUR/GBP format but for those more familiar with the GBP/EUR conversion the recent high at 0.8882 corresponds to a low at 1.1258.