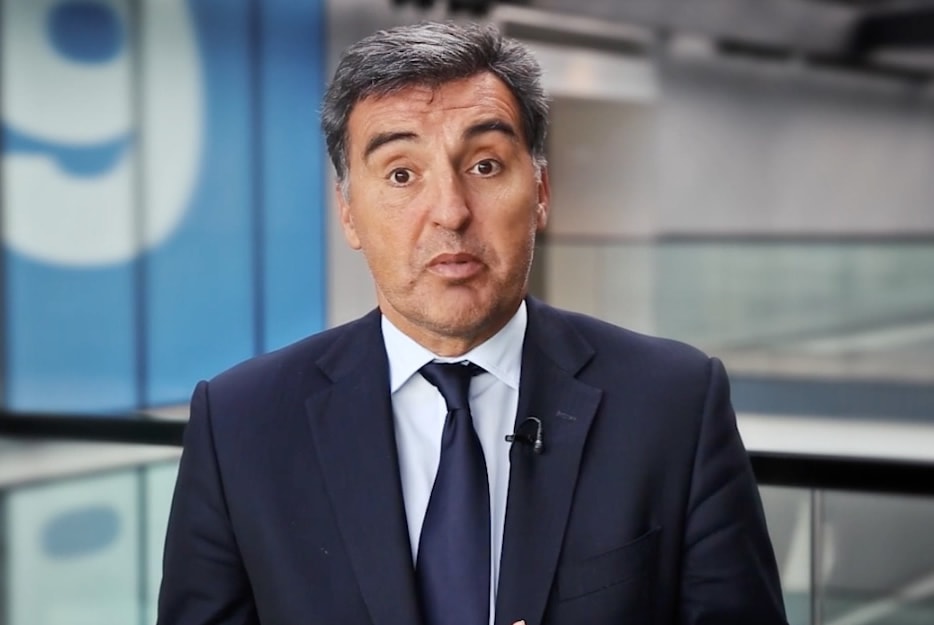 With the labour market being a key determinant of interest rate policy at the Bank of England, which in turn impacts the value of Pound Sterling, this raises the potential for fresh weakness in the currency over coming months.

“This decline in demand is likely to be matched by a reduction in supply, as the rate of growth in older workers slows and migration levels fall back, even before Brexit, reflecting changes in the relative economic performance of the UK and the EU,” says Mark Gregory, EY Chief Economist. 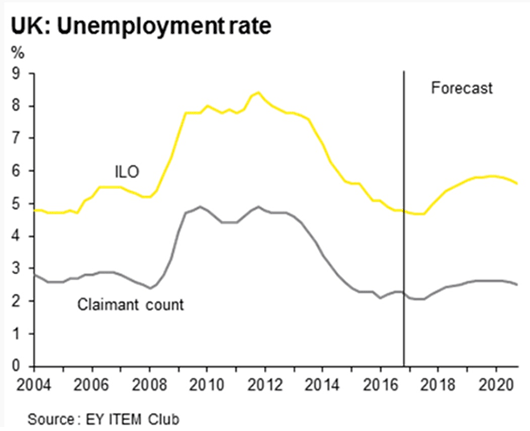 However, EY Item Club note the rate of improvement in the labour market is slowing, and in the last quarter of 2016 was only half the rate of the previous year.

With detailed negotiations on the terms of the UK’s exit yet to begin, the impact of Brexit is currently difficult to predict.

Similar uncertainty surrounds the impact of technology on the demand for labour, with views varying widely both on its potential size and timescale.

The EY ITEM Club cites two studies which suggest the proportion of all jobs at risk ranges from 9% to 47%.

Economists also note the persistent failure of pay to increase despite falling unemployment - something that has kept inflation subdued and meant the Bank of England has not had to raise interest rates.

And recall, only higher interest rates are likely to lead to a stronger Pound on a sustainable basis.

“With unemployment falling, it is hard to explain why pay growth has failed to accelerate. In September 2005, when unemployment was at similar levels, average earnings were increasing by almost 5% year-on-year. Yet pay increases have mostly remained stubbornly anchored between 2% and 3% since 2010,” says Gregory.

The EY ITEM Club identifies several reasons for the change in the relationship between unemployment and pay:

The Bank of England is meanwhile forecasting the unemployment rate to be at 4.75% over the course of the remainder of 2017.

This is an upgrade to previous expectations for the rate to rise back to 5%.

However, the Bank also highlighted risks of a slowing in employment increases but argues this is expected of an economy reaching ‘full-employment’.

“To some extent, the slowing in employment growth over the past year is likely to reflect a continued normalisation in the labour market as unemployment has fallen and recruitment difficulties have returned to around past average levels.”

However, the Bank also points to uncertainty as being a consideration in employment dynamics over coming months.

“But some of that slowing may also reflect the effects of heightened uncertainty and the anticipation of a more subdued demand outlook following the vote to leave the European Union.”

Unemployment is forecast to edge upwards, reaching 5.8% on the LFS measure in 2019.

The prospects of a weaker employment market going forward spells for a weaker Pound.

Foreign exchange analyst Adam Cole at RBC Capital Markets is forecasting a notably weaker Pound over coming months having noted “the steady ongoing deterioration in UK fundamentals, which has taken a back seat to politics over the last month”.