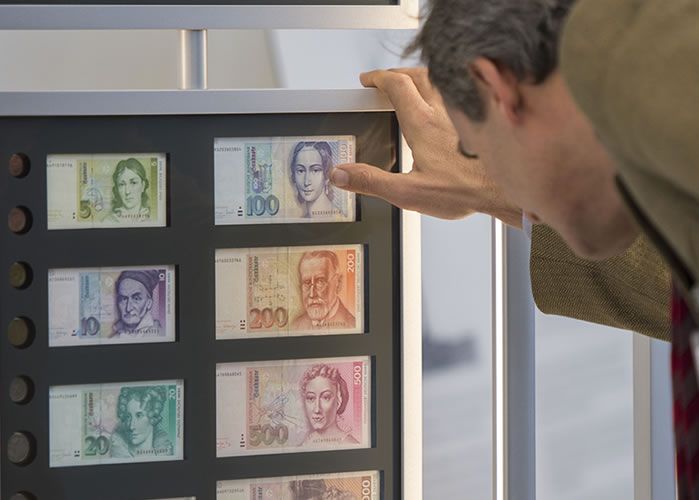 Following the two political upsets of 2016, in the form of Brexit and Trump, what are the risks of the same happening in Europe?

It's no coincidence that Marine Le Penn, the leader of the French National Front, danced for joy at the news Donald Trump had won the US Presidential Election.
Le Pen is keen to emphasise the parallels with anti-establishment political upsets and the fertile environment that would allow for such upsets to be repeated in France.
Whilst she is widely expected to get to the second round of elections in France’s Presidential election in the spring, few have thought her capable of winning.
However, that may have changed now, in the wake of Trump’s achievement.
Indeed analysts are already discussing the risk of this happening and the negative impact such political intrusion would have on the Eurozone recovery, and more immediately the Euro’s exchange rate.
“Currently, the consensus is that Marine Le Pen is going to make it to the second round, but to eventually lose the presidential election. Under these circumstances, one has to start questioning that conclusion,” states Bank of Mizuho’s Christian Shwarz.
Then in drawing a comparison between what has happened in the UK, US and what might happen in France, Shwarz adds:
“The motives of the protest voters are very much aligned in their anger against the political establishment. It very much seems that voters have been voting against rather than for something both in the US and the UK. Should this be the case in France next year, we would expect the Euro crisis to reawaken.”
What is for sure, this evolving ecoonomic-political dynamic is forecast to weigh on the Euro.
"The rise of populist politics and the rejection of 'expert opinion' has potentially significant implications for the EUR ahead of the December Italian referendum on constitutional reform and the French presidential election in 2017 where the far-right will feel emboldened by Brexit and Trump. We suspect that these issues will temper any renewed enthusiasm for the EUR in the longer run," says Scotiabank's Shaun Osborne.
It is not just in France that the anti-establishment right is taking heart in Europea.
The same is in Germany, Italy, Netherlands, Hungary and other major European countries.
Here are the potential flare-up points.

The first threat comes at the end to 2016, on December 4, when Italy goes to the polls to vote in a referendum on reform of its upper chamber, the Senate.
The idea is to moderate the powers of the Senate so the government can be more pro-active in pushing through political reform, since currently objections from the upper house can slow legislation down for years.
This seemingly sensible reform, however, has dramatically lost support as the populist Five Star party which was once led by comedian Pepe Grillo, has turned the referendum into a vote on the government, and the Prime Minister Mateo Renzi.
Five Star is the Italian 'incarnation' of Ukip and Trump, although it is less right wing.
Nevertheless, it is vehemently anti-establishment and anti-EU, and a Five Star have promised a a vote on EU membership, if they ever get into power.
They are the second largest party in Italy and the Mayor of Rome is Five Star, so they are a very real threat to the political establishment.
Renzi made the mistake of saying he would resign if he lost the referendum – a statement he has since retracted –but by saying that he distracted voters attentions away from the real issue of the referendum to more of a vote on him.
It is feared that if he loses he may still be forced to eat his words and perhaps resign, leading to the possible snap general election, in which the populist Five Star might win, however, given Renzi has since said he would not leave, no matter what the outcome, the risks of a major upset from Italy have diminished.

The greatest threat to the Euro and the integrity of the EU us Netherland’s Freedom Party.
The party, headed by the controversial figure of Geert Wilders, is vehemently anti-immigration and anti-EU and it is currently leading in polls.
Leader Wilders has said he will immediately pull the Netherlands out the EU if he comes to power, thus making the Netherlands general election in March one of the greatest hotspot events for the Euro in 2017.

As already noted Le Pen fancies her chances in the presidential election in the Spring.
The problem for Le Pen, however, is that overall her support seems to be capped at 40%, and this is because of the habit of anti-Nationalist tactical voting in France.
“A majority of French voters on the left and centre-right, less wedded to their political family than they are allergic to the Front Nacionale, tend to gang up to vote against it in a run-off, in what is known as a front républicain.
“They did just this at regional elections in December 2015, when Ms Le Pen won 44%, but failed to secure the presidency of northern France, after Socialists, improbably, campaigned for the centre-right candidate, Xavier Bertrand,” writes the Economist.
If she gets to the second round, which seems likely, she has a greater chance of beating Sarkozy if he is her adversary, at 42%, than if her adversary is the former Prime Minister Alain Juppe against whom she has only a 32% chance
Even with the backdraught of a Brexit and a Trump win, it seems unlikely she will be able to break the formidable ceiling produced by the double lock of a galvanised anti-FN coalition of right and left, so we see risks as biased to the downside in France too.

Elections to the Bundestag and the Chancellery occur in Germany between August 22 and September 22, 2017.
Although Merkel’s Christian Democrats have seen their hegemony eroded by a splintering of political support, the chances of a far right populist alternative winning in Germany are quite marginal.
The main anti-EU party is the Afd, and whilst they have seen support increase recently, and took a fairly large share of the vote in the 2016 regional elections, they are unlikely to win much real power.
Other extremist parties like the Greens and the Far Left have also gained in  support and these might provide future coalitions preferable bedmates to the toxic Afd, reducing the chances even further.