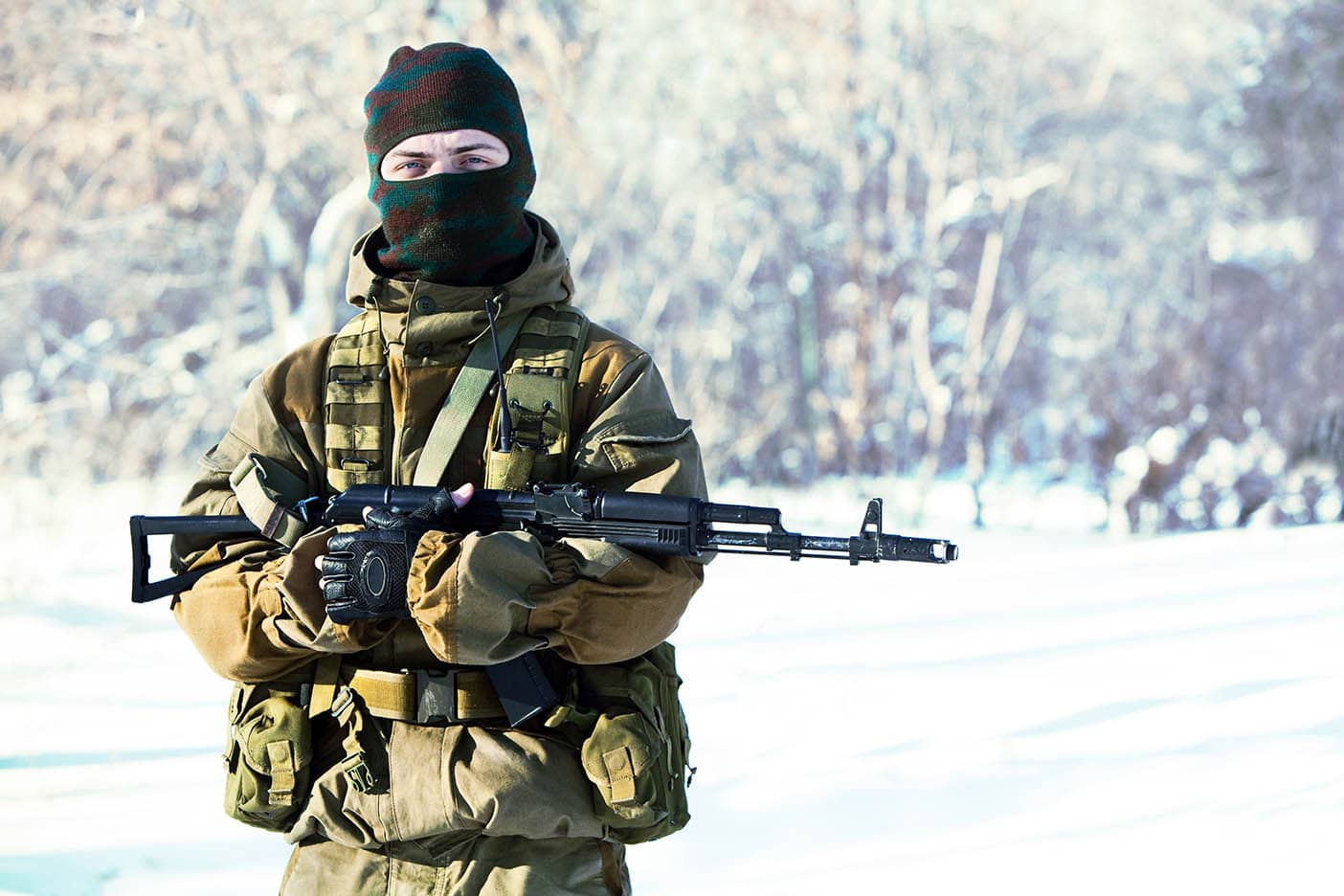 Pound Sterling is supported above 1.20 against the Euro with analysts citing Russia's major offensive in the Donbas region of Ukraine and last week's European Central Bank outcome.

And some analysts say further upside for the Pound to Euro exchange rate is possible under existing global circumstances.

"The British pound continues to outperform most of its European peers, largely because of the UK being less dependent on Russian energy, the UK’s proximity to the war and because of rising UK interest rates relative to the Eurozone," says analyst George Vessey at Western Union Business Solutions.

Russia launched a new offensive on a 300-mile frontline in eastern Ukraine on Monday according to Ukraine's President Volodymyr Zelenskyy, in what amounts as a warning shot to investors that the war will remain a worry for some time yet.

"Based solely on the terms of trade shock that has rocked currency valuations since the war in Ukraine started, the GBP/EUR exchange rate may have higher to run," says Vessey.

"The euro can’t catch a break either. With the spike in energy and food prices eating into real incomes while the slowdown in China threatens demand for exports, the European economy is losing power and a recession cannot be ruled out," says Marios Hadjikyriacos, Senior Investment Analyst at XM.com. 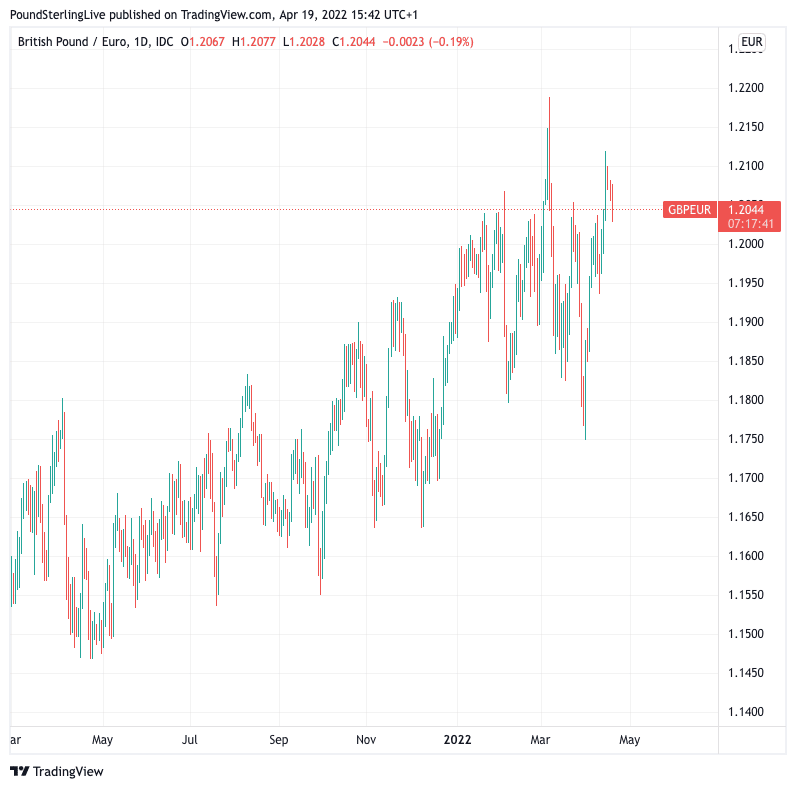 Above: GBP/EUR at daily intervals showing the trend of appreciation since April 2021.

Those watching the exchange rate from a tactical perspective are reminded that for the greater part of 2020 GBP/EUR has been comfortable between 1.19 and 1.20 and this region continues to act as a source of gravity for rallies.

Thanim Islam, Dealer Manager at Equals Money, says the euro is still on the backfoot following the disappointment in the markets from the ECB’s monetary policy statement on Thursday.

"With a clear divergence of monetary policy, the euro looks set to continue its negative bias that we’ve seen throughout April," says Islam.

The Euro was lower in the wake of the European Central Bank policy update that offered no hint that interest rate rises are imminent, ensuring the central bank remains in the slow lane in the global race to try and stave off surging inflation.

The ECB's guidance was largely unchanged on March's update and therefore disappointed against rising expectations that policy makers in Frankfurt would lay further ground for a 2022 rate hike.

"The Bank’s policy outlook remained the same as before with interest rates staying the same as well as reaffirming that asset purchases will end in the third quarter and any rate hikes to come some time after that," says Islam.

Western Union's Vessey says the uptrend in the Pound-Euro exchange rate "could extend higher" based on the ECB's ongoing reluctance to raise interest rates.

The Bank of England is meanwhile expected to raise interest rates again for a fourth time in May, taking Bank Rate to 1.0% and offering Sterling exchange rates yield support.

We reported last week Pound Sterling could be on the cusp of a sizeable surge in value against the Euro, according to an analyst at data and information provider Thomson Reuters.

He tells clients "the pound is on the brink of levels that have capped strength since the UK voted to leave the European Union in 2016."

Sterling fell sharply against the Euro in 2016 around the UK's referendum on EU membership and a multi-year low at 1.0573 on October 07 2016 was recorded.

But now, "an unexpected move that forces a big rethink and the necessary adjustment to hedging and speculative bets should go much further than a move traders are prepared for."

Boulton says the diverging paths for UK and euro zone monetary policy could support a rise in the GBP/EUR exchange rate, "and the long period that sterling has held close to a resistance point of major significance is a bullish sign".

"A peak for sterling would usually be preceded by a brief test and rejection of resistance," says Boulton.

Boulton is now looking for the sizeable resistance levels above 1.21 to be tested and either rejected or broken.

"Should they break, GBP/EUR could rise 9 percent," says Boulton.