- GBP/EUR back below 1.18
- But on target for a grind higher says Rabobank
- Employment, inflation data key near-term drivers

The British Pound is on course to move higher against the Euro over coming weeks, but the rise will likely be a slow and bumpy one shows new research from Rabobank.

The Dutch-based multi-national lender and investment bank says the Pound has "made headway vs. the EUR" courtesy of "the continued dovish guidance from the ECB" which contrasts to the Bank of England, where guidance appears to be more "hawkish".

"For now the market’s perception is that the BoE took a very slight hawkish turn at this month’s meeting," says Foley in a recent research briefing note.

"That said, the hawkish shift remains very modest, with the Bank having done little more than dip its toe in the waters of policy change," she adds. 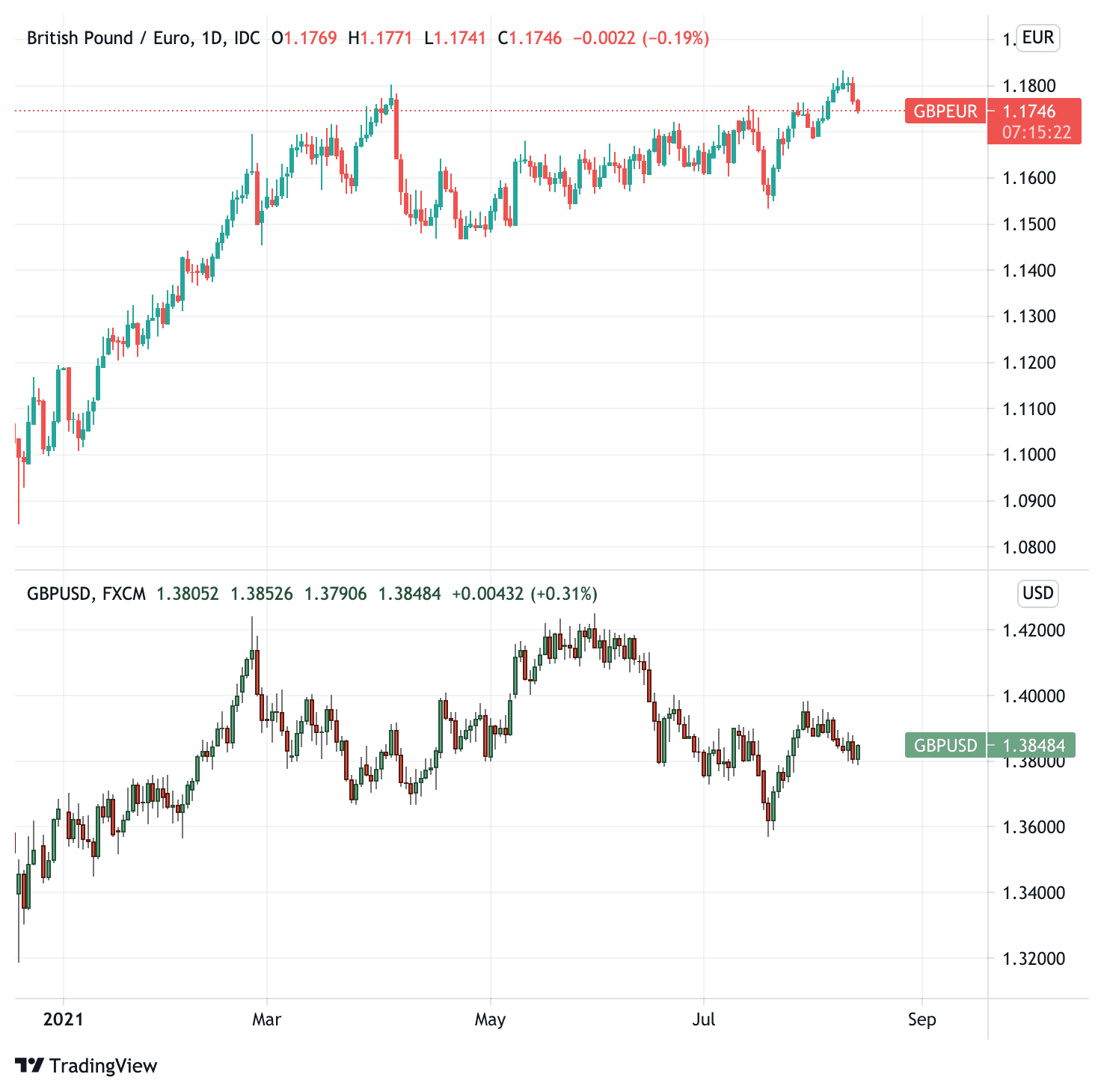 The Bank of England at their August 05 policy update confirmed the market's expectation for a 2022 rate rise was justified, although Rabobank say the path higher in rates will likely be gradual.

Indeed, a Bank interest rate at 1.5% will currently appear elusive according to Rabobank. "Few would argue with the view that the Bank remains in no rush to adjust policy settings."

"While GBP picked up a little ground vs. the EUR on the bank of the more hawkish sounding commentary last week, bulls will be wary that their advantage is still vulnerable to bad news on the UK economy and potentially on Covid," says Foley.

Rabobank retains a long held year-end forecast of 1.19 for Pound-Euro but says there could be upside risks were better UK economic data to be printed.

With this in mind, this week offers two important monthly economic data releases: labour market statistics are due on Tuesday and inflation is out midweek.

The Bank of England will be watching both as they are only likely to raise rates in 2022 should employment and wages recover sharply alongside inflation levels that threaten to remain elevated above their 2.0% target for a protracted period.

"The end to the furlough scheme is no longer expected to lead to a big rise in unemployment. Instead the focus is now on businesses reports of difficulties in filling vacancies and of the resulting upward pressure on wages," says Hann-Ju Ho, Senior Economist at Lloyds Bank Commercial Banking.

Lloyds expect a further rise in employment but that the unemployment rate will be unchanged from May's 4.8% level.

Unfilled vacancies are expected to have risen again, highlighting recruitment difficulties and a big question is whether these are temporary mismatches that will dissipate as economic conditions normalise?

"Wages are forecast to have risen sharply but that probably will be mostly due to pandemic induced data distortions and so says little about underlying conditions," says Ho.

Volatility in Sterling exchange rates is also possible in the wake of the midweek inflation data release, where a beat on investor expectations could help the Pound appreciate.

Inflation is forecast to read at 2.3% for July, a moderation on the 2.5% print for June. 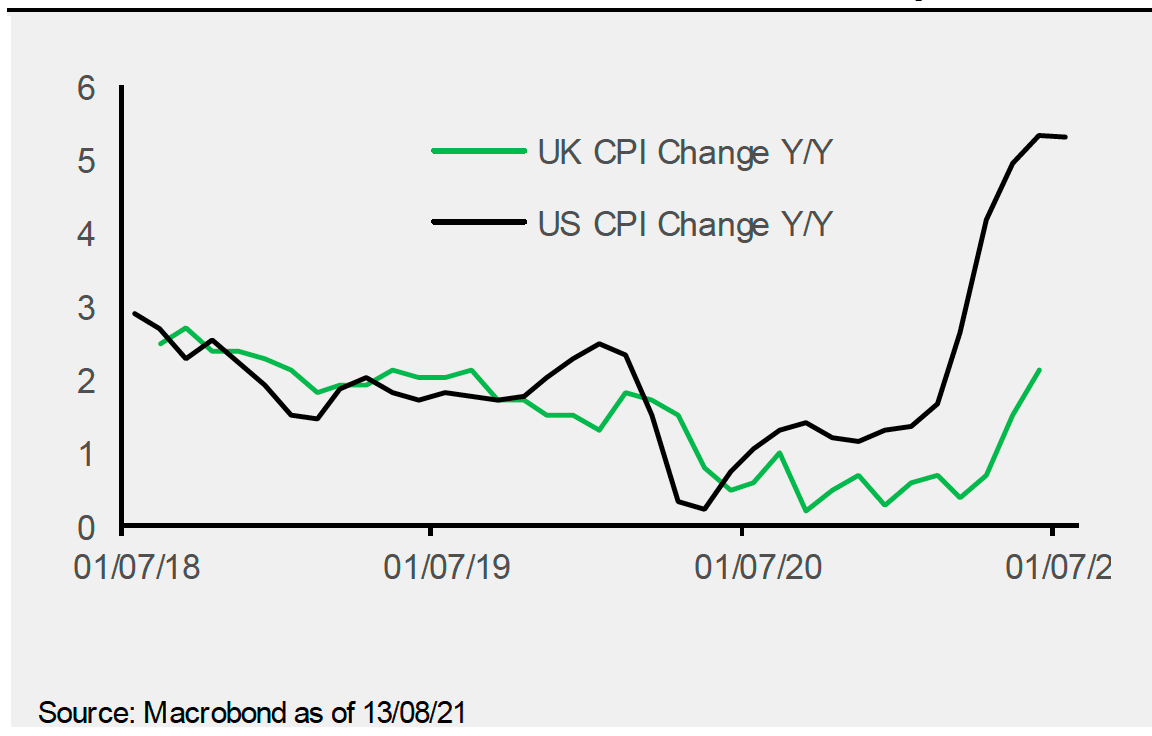 Above: UK and US inflation is going higher, image courtesy of Lloyds Bank Commercial Banking.

The Bank of England's inflation forecast has been upgraded substantially and shows policy makers expect inflation to reach 4.0% in the final quarter of the year.

A downside miss in the inflation data could meanwhile prompt some downside in the UK currency.

He notes the extraordinary trading conditions in 2020 saw businesses slash prices earlier than normal, meaning that the usual July discounting in clothing and footwear and furniture stores was unusually small.

"That should weigh on annual comparisons," says Ho.