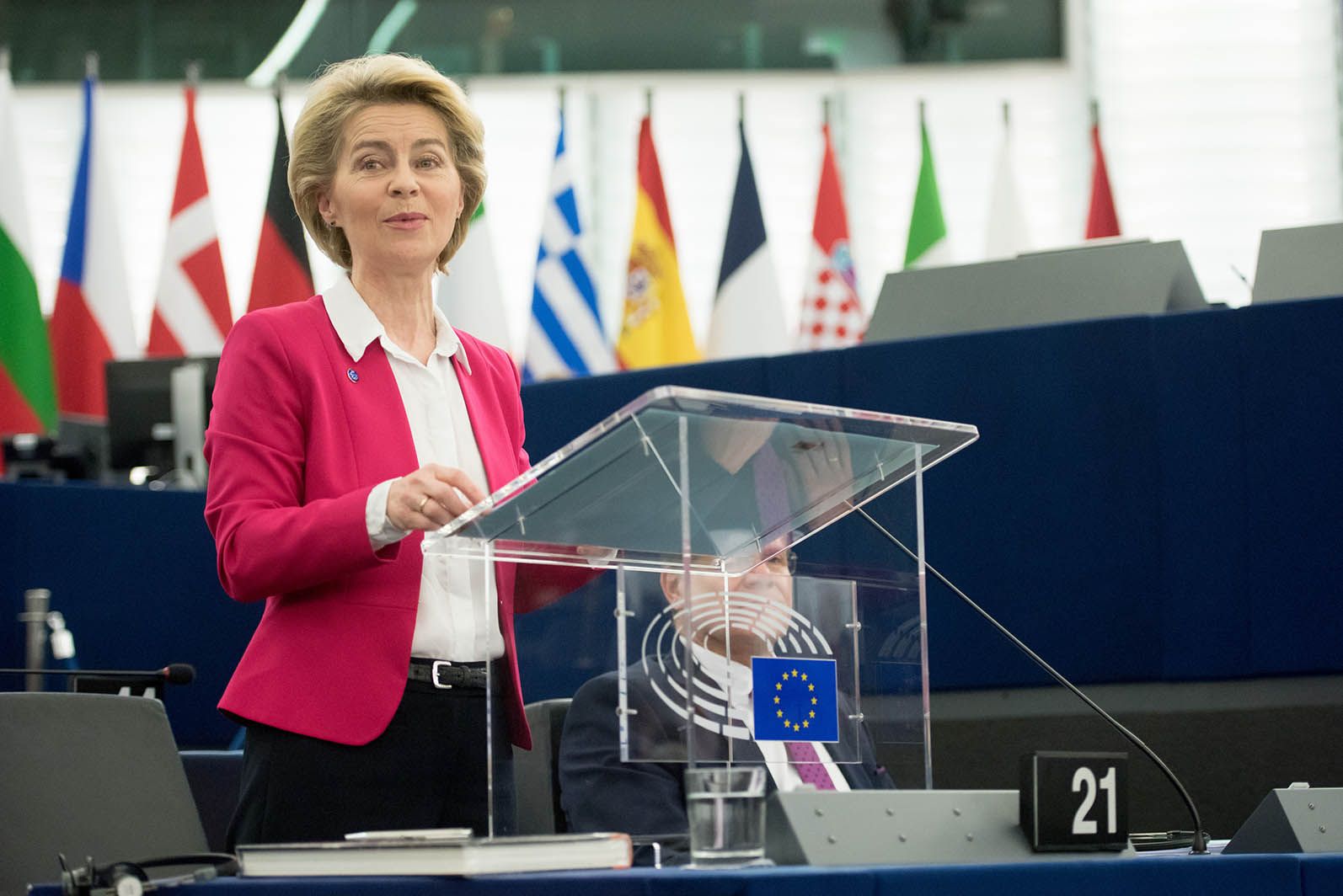 Pound Sterling rallied to a seven-week high against the Euro ahead of the weekend aided by confirmation from the EU's most senior bureaucrat that post-Brexit trade negotiations are making progress.

Ursula von der Leyen, President of the EU Commission - the body overseeing the negotiations on behalf of 27 EU member states - said on Thursday talks are making "good progress", officially confirming a newswire report out mid-week that the two sides were approaching a deal.

Von der Leyen added that negotiations were "boiling down to the two topics that are the most important - Level Playing Field and fisheries".

"We're now in depth detailing how could we construct a system that is fair for both sides for a Level Playing Field... with a dispute mechanism and clear rules on both sides. This is crucial. This will be in the next days, the field to work deep into," added von der Leyen.

The Pound-to-Euro exchange rate hit a high of 1.1104 in late morning trade in London, which makes for the best exchange rate for Sterling sellers since September 07.

European Council President Michel meanwhile said he expected the state of the negotiations would probably be assessed next week with his hope being to start the ratification process in mid-November.

"Talks move to Brussels, with the hope that existing gaps can be sufficiently bridged by Nov. 3, at which point UK PM Boris Johnson and European Commission President Ursula von der Leyen will broker a final compromise. The European Parliament is required to ratify any accord, so the final deadline for negotiators to reach a deal is the middle of November," says George Vessey, UK Currency Strategist at Western Union.

"GBP/EUR could climb towards €1.15 and GBP/USD could test $1.35 in this scenario, but given the increasing global uncertainties, upside for the risk-sensitive pound may be limited," adds Vessey. 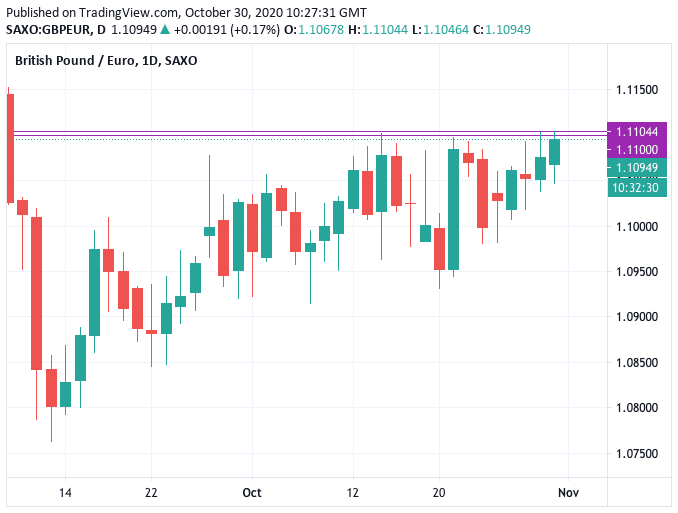 Above: GBP/EUR will struggle to advance above 1.11, on a technical basis.

Those looking to transact out of Sterling and into Euros at the best level in seven weeks will however have missed the opportunity if the market reverts to form and reverses back from the 1.11 resistance area. It is for this reason that we encourage those with international payment exposure to consider setting up orders (details can be found here).

Foreign exchange strategist Francesco Pesole at ING Bank N.V. says a break above 1.11 in GBP/EUR is however still a possibility.

"EUR/GBP remains immune to global factors and with rising odds of an eventual UK-EU trade deal," says Pesole, adding that in his view the downside in the exchange rate "should be fairly limited" and he is positioning for a break above the 1.11. level.

The good news of the past week on trade negotiations that suggests years of uncertainty are potentially coming to an end would in the past have triggered sizeable advances in the British Pound, which is considered by foreign exchange analysts to be trading below 'fair value' owing to a protracted negotiation process and seemingly ever-present threat of a 'no deal' Brexit.

🇪🇺🇬🇧 After 7 days of intensive negotiations in London, talks continue with @DavidGHFrost and his team in Brussels in full respect of the national health measures #COVID19

Working hard for an agreement. Much remains to be done. pic.twitter.com/gxXarghpfK

However, Sterling finds itself firmly anchored against the Euro, with the Pound-to-Euro exchange rate churning in the 1.10-1.11 area which could hint at a waning in importance of Brexit as a driver for the currency.

"We think the FX market's consideration of Brexit risks has started to shift. In our observation, Brexit issues remain a tactical volatility driver for sterling, especially during times when these are topical. At the same time, however, we think Brexit’s days as being the primary strategic driver for GBP’s direction may be coming to an end," says James Rossiter, Head of Global Macro Strategy at TD Securities.

But Sterling's reluctance to move in either direction could also reflect a market wary of the potential for last-minute hiccups in the process.

While von der Leyen has signalled progress in talks it is notable, that the two major issues of fisheries and the level playing field remain gives markets reason to pause before pushing Sterling higher.

Investors are likely to remain wary of the potential for disappointing news to emerge before a final agreement is reached.

The mid-November EU Council meeting is widely held as being the deadline for talks, as it will in all likelihood require political intervention at the highest level for the most difficult concessions to be agreed.

And with weeks left before politicians get involved, it is still possible that negotiations stall again, triggering a downward adjustment in the value of the Pound.