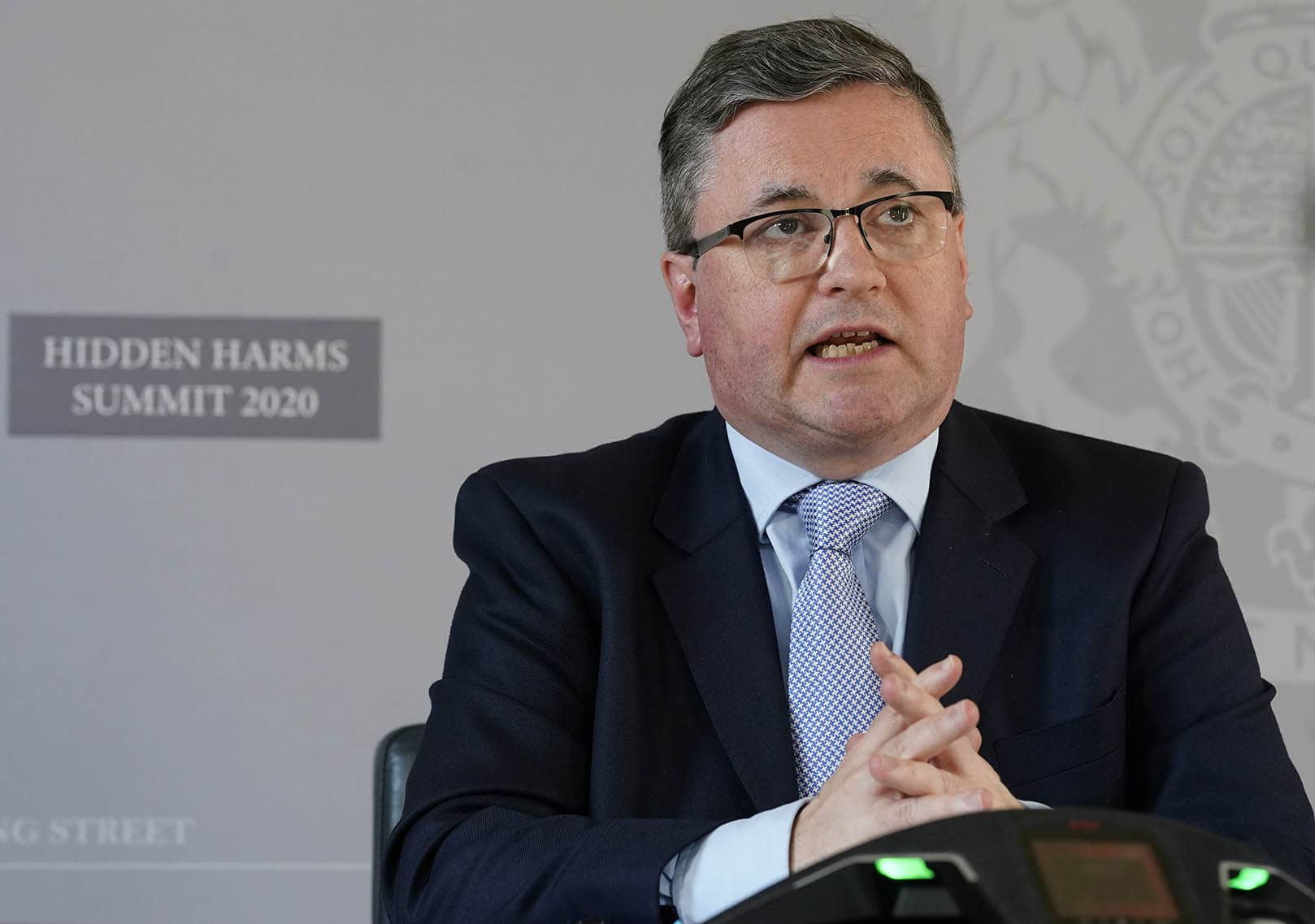 Above: File image of Robert Buckland. Picture by Andrew Parsons / No 10 Downing Street

The Pound has risen against the Euro, Dollar, Australian Dollar and most of its major peers on signs the UK government could back down in a row with the EU and soften a controversial piece of legislation that has raised tensions between the two sides.

Justice Secretary Robert Buckland today hinted the Government could amend the Internal Market Bill in order to strike a compromise with Conservative Party opponents who say the current format of the legislation opens the door to the UK breaking an international treaty, with a subsequent BBC report confirming manoeuvres were underway.

Any compromises could in turn ultimately allow the EU to row back on the threats of legal action unless the UK withdraws the Bill by the end of the month. "The Pound has rallied on reports that the government is close to an accommodation with potential rebel MPs over the Internal Markets Bill. If the rebels can be appeased then the chances of getting back to negotiations with the EU increase, Barnier et al being keen to avoid being the ones to walk out," says Chris Beauchamp, Chief Market Analyst at IG.

The BBC's Laura Kuenssberg on Wednesday afternoon meanwhile says she understands a deal has been reached between those Conservatives who wanted to vote for Bob Neil’s amendment to the Internal Markets Bill and the government which gives an extra layer of parliamentary oversight to the legislation.

The EU says the Internal Markets Bill allows the UK to unilaterally override elements of the Withdrawal Agreement struck between the EU and UK last year, which they say is tantamount to breaking international law and makes the prospects of achieving a trade deal more difficult. The UK says the legislation is necessary to prevent the EU from blocking the export of food from the rest of the UK to Northern Ireland if the EU refuses to add the UK to its list of third-country food trading partners.

Conservative Party members opposed to the Bill are requesting a change to allow Parliament to veto any attempts by the Government to effectively break the Withdrawal Agreement.

Buckland said he believed the original plans contained in the Bill could be made "acceptable to all Conservative colleagues". 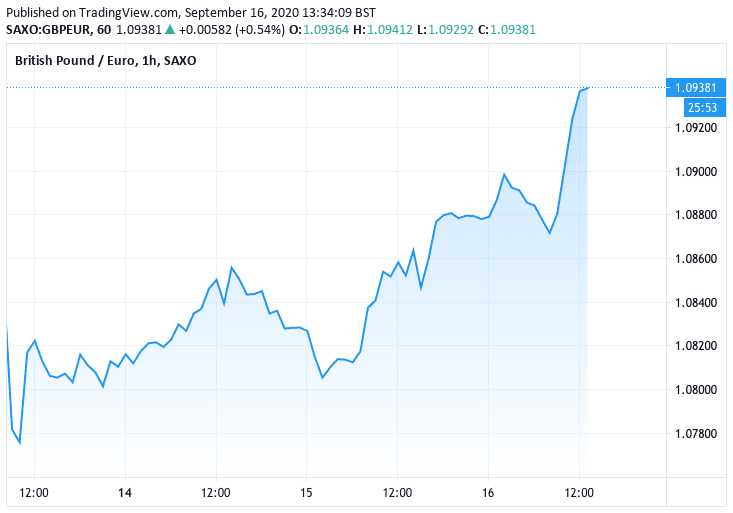 Above: GBP/EUR in recovery mode

Sterling fell sharply last week as markets raised their estimation of a 'no deal' Brexit in the wake of the clash between the EU and UK over the Internal Market Bill.

However, it appears the adjustment lower in response to the new political reality might have run its course for now with markets judging that a deal remains possible given both sides are still negotiating and the UK is showing signs of rowing back on the Internal Markets Bill.

"Outsized moves in GBP ... have injected a sizeable risk premium in GBP. It's now trading at a decent discount on our short-term valuation, underscoring that some of the recent Brexit news has already been priced in. At the very least, this backdrop suggests that in the coming weeks GBP would benefit more from good news rather than sink further on bad news. We still expect more volatility but risk/reward favours taking profit at these levels," says Mark McCormick, Global Head of FX Strategy at TD Securities.

There were further signs of progress for foreign exchange markets to digest with one prominent Brussels reporter saying on Tuesday the EU and UK could see a breakthrough on the matter of food exports.

UK food exports into the EU has been an unexpected flashpoint for the two sides and is why the UK said it needed to put forward legislation that would break the Withdrawal Agreement.

The Government has said that the Withdrawal Agreement would allow the EU to ban the export of food from the rest of the UK to Northern Ireland if they deemed food standards were not at an acceptable standard.

"Behind the scenes the third country listing or 'food blockade' row isn't quite so dramatic. The EU wants the UK to provide details of its post-Brexit animal and plant health (SPS) rules by the end of next month. The UK says it will, and they're basically be the same as now," says Nick Gutteridge, a freelance Brussels journalist who contributes to the UK's leading newspapers and has a strong record for accurately reporting behind-the-scenes developments concerning Brussels.

News of potential for progress on the matter of food exports in coming weeks could see a major source of tension between the EU and UK resolved, as it was an argument around SPS rules that contributed to heightened tensions over recent days which in turn negatively impacted the value of Sterling.

"The EU wants this information so it knows the conditions under which its farmers will be able to export goods to the UK from January 1. This is a requirement for opening up its market to agricultural produce from Britain, and is demanded of every third country on the list," says Gutteridge.

An EU official tells Gutteridge the UK has pledged to transpose the Official Control Regulation, which gives the Commission oversight powers along the agrifood supply chain, as well as EU rules on animal and plant health 'with modifications' and they're now waiting for the domestic legislation.

"They won't have long to wait," says Gutteridge, quoting a UK spokesperson who says legislation to make the OCR operable in UK law will be put before Parliament next month "the UK is committed to maintaining the highest animal welfare and biosecurity standards. Our future rules will reflect this commitment."