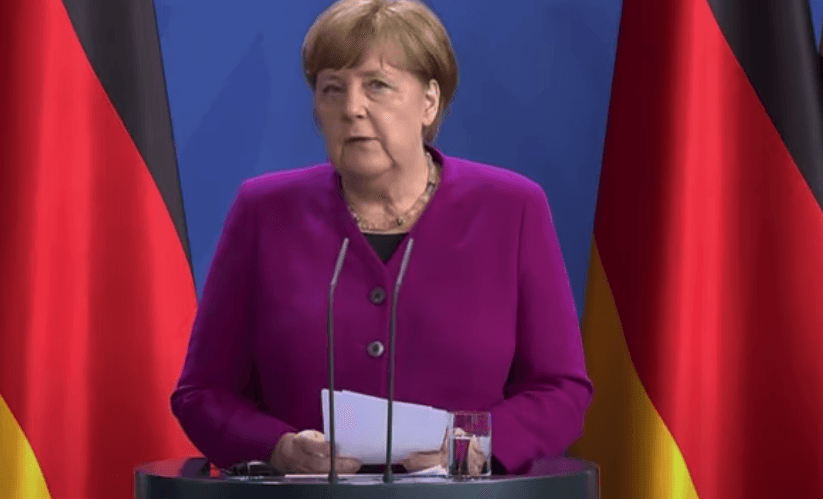 Decisive steps towards a joined-up European fiscal response to the economic carnage wrought by the coronacrisis were made on Monday, resulting in improved investor sentiment towards European assets and the Euro exchange rate complex.

The Euro rallied through the course of Monday afternoon as the details of a Franco-German plan to make available €500BN to crisis-hit economies were announced.

Under the plan the European Union's executive body - the European Commission - would be allowed to borrow on international markets, confirming a pooling of risk by all EU states.

A joint virtual press conference between German Chancellor Angela Merkel and French President Emmanuel Macron saw the leaders of the EU's two most influential countries commit to distribute the money to EU states, with repayment based on contributions to the bloc’s budget.

The move goes some way towards a joined-up issuance of debt, whereby the EU issues debt as a whole and distributes it to the hardest-hit states. This ensures the recipients enjoy funding at much lower levels than would be the case if they went to the markets solo.

A move towards a joined-up approach (often referred to as a coronabond) has been a long time coming, with significant disagreement over the question of unified debt preventing progress as some members such as the Netherlands and Austria have been opposed to the move.

The market has shown it is in favour of the approach, as attested to by a broad-based pick up in the value of the Euro in response to the plans announced on Monday: 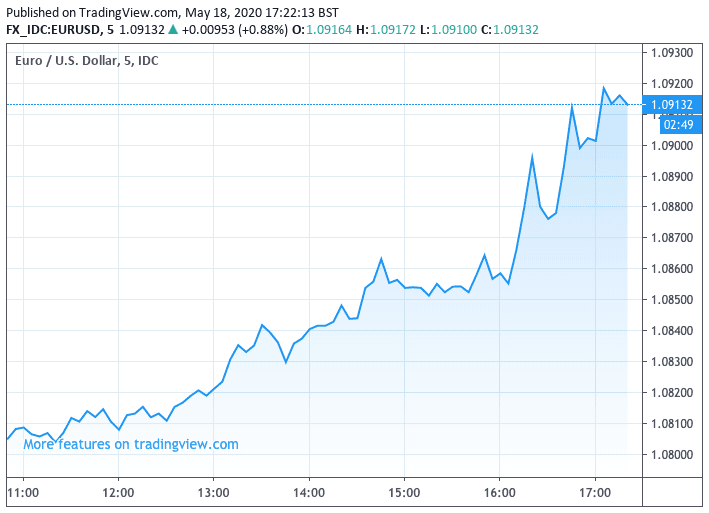 Above: The EUR/USD went higher through the course of the afternoon as the new borrowing and spending plans were digested

The value of Italian bonds jumped the most since March, ensuring the yield paid on 10-year bonds (the cost of borrowing) fell by as much as 20 basis points to 1.68%.

The risk premium over German bonds, which declined on the news, narrowed to 216 basis points, the lowest level this month. 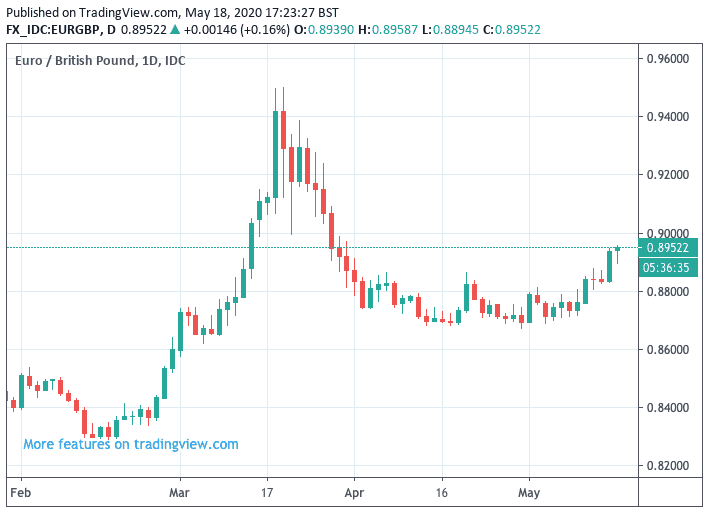 Merkel said the funds will be within the framework of the EU’s budget, and the European Commission will have authority to borrow money on capital markets. The distribution will be based on the needs of member states, while repayment would be pegged to the amounts paid into the bloc’s coffers, Macron said.

“When Germany and France take the initiative, then this encourages the opinion-making process in the EU,” said Merkel after a video conference. “We will have to act European in order to get well out of this crisis.”