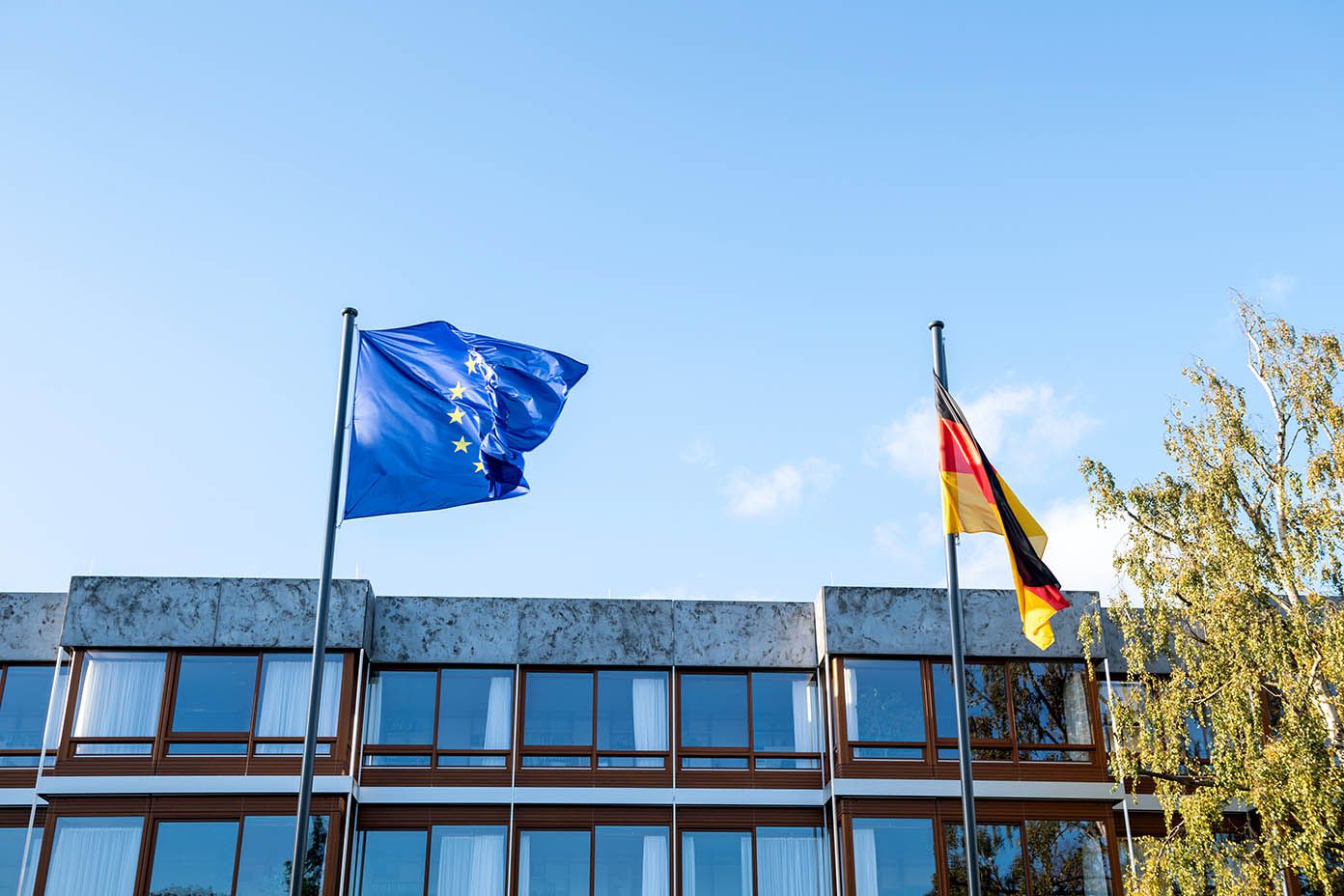 Above: European Union and German flag in front of Federal Constitutional Court building Bundesverfassungsgericht the supreme court for the Federal Republic of Germany. © Adobe Stock

The Euro fell against the British Pound and other major currencies on Tuesday following a ruling by a German court that the The European Central Bank (ECB) quantitative easing programme was legally flawed.

The ECB has been granted three months by Germany's Second Senate of the Federal Constitutional Courts in which to amend their flagship quantitative easing programme, after it was found to be constitutionally flawed.

In a 7-to-1 ruling, judges said that the purchase of government bonds by the ECB under the Public Sector Purchase Programme (PSPP) had a questionable foundation in European Union law and isn’t backed by European Union treaties.

Markets sold the Euro as they considered the ruling to be a new source of uncertainty regarding the future functioning of the Eurosystem.

A broad decline in the single-currency following the decision pushed the Pound-to-Euro exchange rate higher towards the top of its April-May range at 1.1473, ensuring a near complete reversal of the sharp decline suffered on May 01. 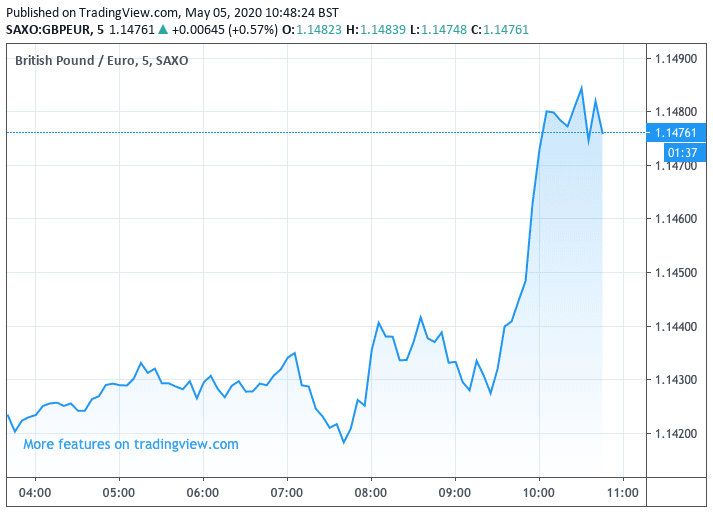 While the court did not find the ECB had carried out "a violation of the prohibition of monetary financing of Member State budgets", it did cast doubt on an earlier European Court of Justice’s judgement that the PSPP satisfied "the principle of proportionality".

The ECJ's judgement that the programme was proportional was "not comprehensible" according to the German court.

Therefore, it was ruled that German authorities acted unconstitutionally by not challenging the 2.7 trillion euro plan when it was launched by the ECB in 2015.

In order to remedy the problem, the German court ordered that:

"Following a transitional period of no more than three months allowing for the necessary coordination with the Eurosystem, the Bundesbank may thus no longer participate in the implementation and execution of the ECB decisions at issue, unless the ECB Governing Council adopts a new decision that demonstrates in a comprehensible and substantiated manner that the monetary policy objectives pursued by the PSPP are not disproportionate to the economic and fiscal policy effects resulting from the programme.

Unless changes are made, Germany's central bank, the Bundesbank, must also ensure that the bonds already purchased and held in its portfolio under the PSPP programme are sold.

Such sales would cause a sizeable and potentially economically destabilising rise in the yield on German bonds, which would impact borrowing costs right across the Eurozone.

"Needless to say that is a big deal," says Nick Kounis at ABN Amro. "If the ECB is unable to prove its decisions were proportionate, this could put significant upward pressure on Bund yields and hence also on EGB yields more generally. This would tighten financial conditions and put more pressure on the PEPP to be aggressively expanded to offset this."

In short, the ECB's ability to aid the Eurozone's economy by keeping borrowing costs contained at cheap levels is now suddenly being questioned. A weaker Eurozone economy relative to its global peers would ultimately ensure the Euro comes under pressure, hence why the single currency has fallen following the ruling.

"All this means that a lot hangs in the near term on whether the ECB is able to demonstrate that its actions have been proportionate," adds Kounis.

The ECB - via the various central banks in the Eurosystem, including Germany's Bundesbank - conducted net purchases of public sector securities under PSPP between 9 March 2015 and 19 December 2018: 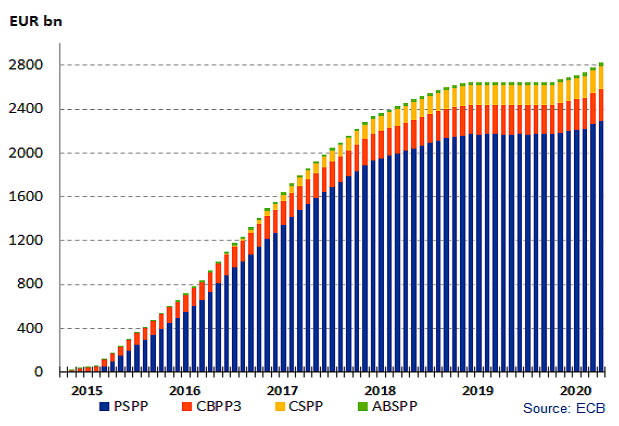 As of January 2019, the ECB continued to reinvest the principal payments from maturing securities held in the PSPP portfolio. As of 1 November 2019 the ECB restarted net purchases under the PSPP.

However, following its launch in 2015 a group of German critics launched a lawsuit claiming that the ECB had breached its constitutional mandate by buying up government debt, which in turn forced down the value of savings accounts.

The Court found that the Federal Government and the German Bundestag violated the complainants’ rights under Art. 38(1) first sentence in conjunction with Art. 20(1) and (2), and Art. 79(3) of the Basic Law (Grundgesetz – GG) by failing to take steps challenging that the ECB, in its decisions on the adoption and implementation of the PSPP, neither assessed nor substantiated that the measures provided for in these decisions satisfy the principle of proportionality.