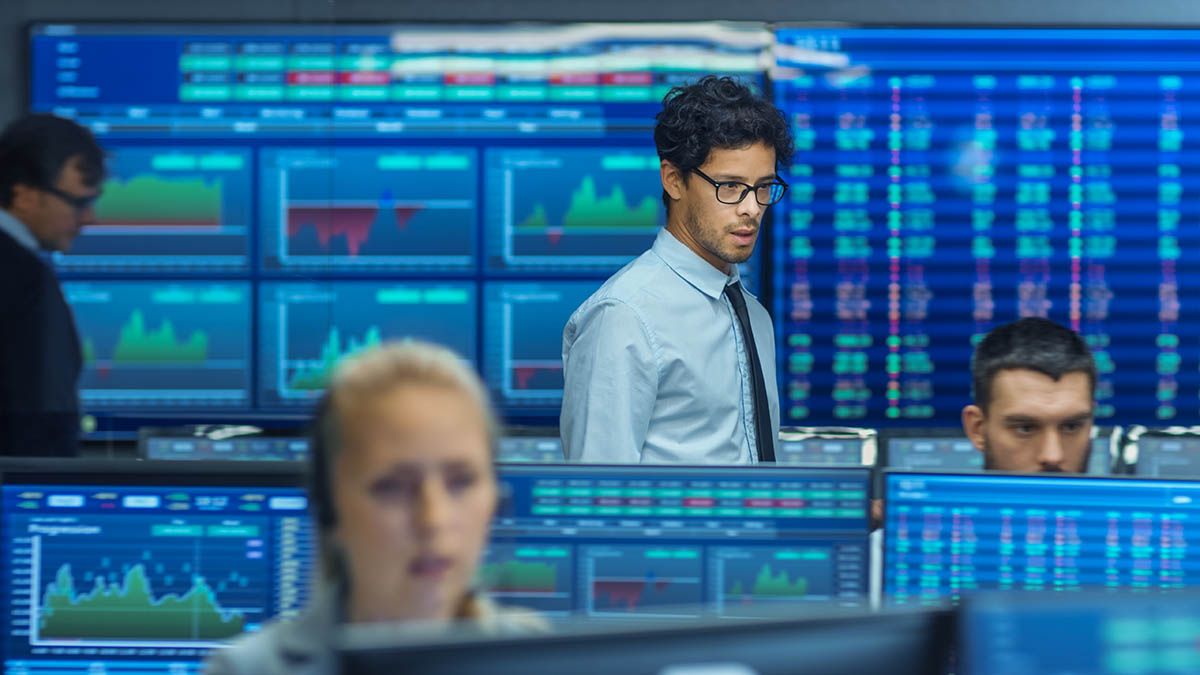 Then Pound-to-Euro exchange rate has dipped below the 1.18 mark once again and analysts say the Pound could be set to test lower levels over coming days and weeks, but the break of trendline support on the daily chart will be crucial in calling the end of this pair's multi-month rally.

Pound Sterling was one of the best performing major currencies in January, but sentiment towards the UK currency has deteriorated in February now that investors are now placing a greater emphasis on future EU-UK trade negotiations.

"With the week’s main U.K. data releases having come and gone, the Pound revisited the bottom of its range as attention shifted back to uncertainty over negotiations for a long-term trade agreement between London and Brussels," says Joe Manimbo, a foreign exchange analyst at Western Union.

GBP/EUR had been as high as 1.19 on the final day of January, but a flurry of headlines pertaining to trade negotiations sparked a sharp reversal on February 01, and Sterling has endured further selling pressures.

The exchange rate dipped to a low of 1.1712 on Tuesday before rebounding back above 1.18 on Wednesday, but the bounce has been tepid: while a currency can bounce after a bout of intense selling pressures, it is the vitality of that bounce that can tell a story.

The Pound's rebound this week has been tepid and as such we are inclined to expect further weakness unless a Sterling-supportive headline unexpectedly drops.

"Despite the softer Euro sentiment, GBP/EUR has failed to secure a new weekly high this week having scaled above €1.19 last Friday. The currency pair is flirting with the €1.18 level this morning after being supported by the 50-day moving average at €1.1781 yesterday," says George Vessey, a Currency Strategist at Western Union in London.

Sterling has been in a medium-term trend of appreciation against the Euro since August, when markets first started betting the UK would exit the EU with a deal, a move that gained pace as markets anticipated a win for the Conservative Party of Boris Johnson.

However, Vessey suggests that trend higher is now at risk of eroding, an outcome that could invite further downside.

"An upward trendline since August has supported this currency pair over the past six months. This trendline is being tested this week and if it gives way, we might see the €1.16 neighbourhood quickly come into play," says Vessey. 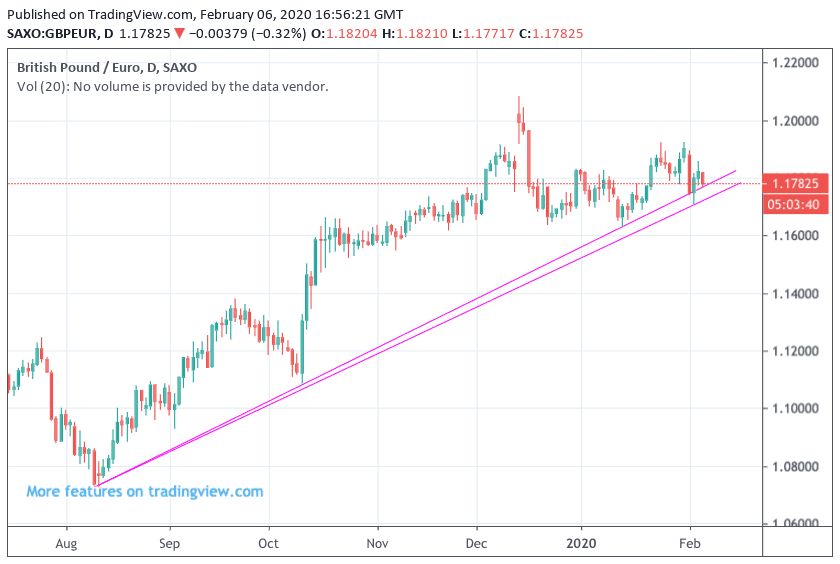 The above shows two different support trend lines that underpin the multi-month rally. We have two different trendines, one that takes into account Tuesday's low, and the other that doesn't. Importantly, both are still technically intact at the time of writing.

Regardless of which trendline you choose to focus on, the message is the same: a breakdown is close at hand. How the GBP/EUR exchange rate closes out this week could be instructive as a close above the trendline would see us maintain a bullish stance.

However, if a close below the trendline transpires, Vessey's warning of a move towards 1.16 could well transpire over coming days and weeks.

The Pound has this week underperformed its global peers amidst anxieties over upcoming trade negotiations between the EU and UK, with fears that the two sides will be unable to reach a long-term trade deal keeping a lid on the Pound.

The Pound hit six-week lows on a report that EU financial regulators would look to toughen up an existing set of regulations known as MiFID II which should have a negative impact on one of the UK's main economic sectors. 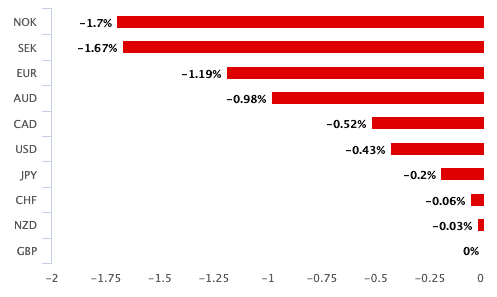 Above: Sterling has fallen against all its major peers this week.

The UK is a net exporter of financial services to the EU and the move appears to be a clear attempt by the EU to weaken the dominance of the City of London following Brexit. There are also fears that the EU will make significant demands of the UK over fishing rights, which could prove incompatible with Prime Minister Boris Johnson's promise to take back full control of UK territorial waters.

The UK also wants to be completely free of EU rules, regulations and wants the arbiter over any trade disputes to be an independent third-party, not the European Court of Justice.

There are significant hurdles ahead and foreign exchange markets will be hesitant to buy Sterling until such a time as more certainty on the process emerges.

"A no-deal end to transition at the end of the year we believe will continue to hamper any pick-up in business investment and these fears were raised this week following PM Johnson’s speech in Greenwich," says Derek Halpenny, Head of Research at MUFG. "The BoE refrained from cutting rates last week but we still see fundamental factors emerging to warrant a cut, possibly in May, which will ensure GBP remains an under-performer."

The outlook facing Sterling is however up for debate and there is certainly no consensus that the Pound is destined to continue moving lower. A number of analysts we follow say the recent sell-off in the currency looks to be an overreaction and we at Pound Sterling Live have questioned why the Pound has fallen on trade negotiation headlines that have actually offered very little by way of new information.

"Let's face it, the UK pound is undoubtedly a bargain, yet it is the currency's fate to magically attract downward spirals. Given the UK's improved economic data since the beginning of the year, there is little justification for the relatively significant depreciation. The market may be fearing an unforeseeable risk scenario, as was the case last year. However, this might turn out to be unfounded, as I expect both the EU and the UK to show some willingness to compromise during the course of the year."

Fongern says the Pound's recent depreciation to be largely "exaggerated and unjustified," adding that Johnson has displayed a rather "level-headed approach" which when combined with the Bank of England's current monetary policy stance to keep interest rates unchanged, is ultimately supportive of the currency. "In addition, the UK economy appears to be on the road to recovery," adds Fongern.

"This sell-off does seem overdone given that negotiations haven’t yet begun, and that the talks will likely see red lines softened as the two sides move towards a ‘landing zone’ in which a deal can be agreed," says Michael Brown, Senior Analyst at Caxton.