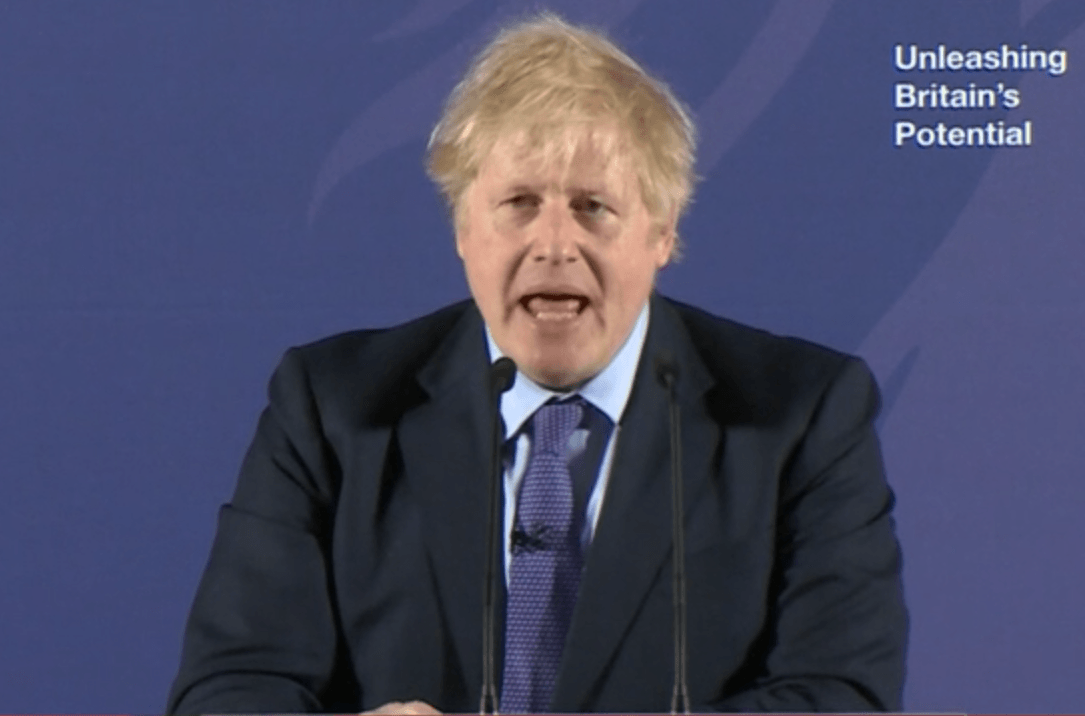 The British Pound traded went lower at the start of the new week with market attention flipping away from economic data and Bank of England interest rate policy to EU-UK trade negotiations, which are expected to be arduous and protracted.

Monday sees both the EU and UK set out their initial negotiating positions and it is clear from the outset that the two sides have clear lines of division which could keep market nerves on edge over coming months.

The details of the trade deal being sought by either side was made clear during the weekend thanks to previews and leaks emnating from both sides of the channel. Because of the leaks the Pound was seen opening in the red against all of the world's major currencies, as the stellar start to 2020 for the currency ounwound somewhat with losses extending through the London trading session.

Prime Minister Boris Johnson told an audience in Greenwhich he wants "a thriving trade and economic relationship with the EU", but the UK will no longer accept EU rules once the transition period ends in December.

The speech marks the first phase of what are expected to be difficult trade negotiations, something the could determine how the Pound trades during the course of 2020, particularly in the second half of the year when the deadline starts to loom large on the horizon.

The Pound will likely display a negative reaction to any outcome that would see tariffs to trade erected between the EU and UK, as such an outcome could impact on UK economic performance. It would also likely display a negative reaction to any signs of breakdown in negotiations that would threaten a failure to reach a conclusion by year-end, and which point the future trade relationship defaults to rules set out by the World Trade Organization.

The UK currently seeks a Canada style free trade agreement, known as Canada’s Comprehensive Economic and Trade Agreement (CETA), which is described by the EU as "the most ambitious trade agreement that the EU has ever concluded".

It was signed in October 2016 and saw 98% of all duties abolished and opened up the EU's financial services, transport and telecoms market to Canada, and vice versa.

In short, the more EU standards and rules a nation follows, the less barriers to trade will exist. However, it appears that the same offer will be made by the EU to the UK, largely centred on issues of closer alignment.

Johnson says if the EU and UK cannot agree a Canada-style agreement, the UK would then seek an Australia-style deal, which is looser than that struck between the EUand Canada, largely because Australia opt to not follow many EU regulations and standards.

Such an outcome would certainly involve more barriers to trade, and from a foreign currency perspective, this is a more Sterling-negative outcome than would be presented by a Canada-style agreement.

WATCH: Veteran Brexiteer Bill Cash tells me the upcoming trade talks are Boris Johnson's "Churchill moment". He is pressuring the PM not to accept the EU's terms for conducting this next stage of negotiations. pic.twitter.com/X1o1ZjaXPf

Roberto Mialich, FX Strategist at Unicredit in Milan, says the Pound rose into the month-end thanks in large part to the Bank of England's decision to not raise interest rates, but going forward strength should be limited by anxieties over the trade negotiations:

"Sterling has benefited from the BoE decision to stay on hold. However, the UK forward curve is no longer pricing in a BoE easing for the rest of the year and this appears to be a bold call following the global risk picture and the message the BoE delivered... as well as uncertainty related to the upcoming Brexit negotiations and their implications for the UK economy.

"On balance, the GBP recovery may not prove lasting, offering new selling opportunities in the near term."

Barnier said the EU and UK could strike a comprehensive free trade deal provided the UK aligned to a number of EU rules, most notably on tax, state aid, the environment and access to UK fishing waters.

Barnier also wants to see the European Court of Justice play a role in any disputes, while the UK would also be expected to uphold the European Convention on Human Rights.

"Clear that the agreement we wish to have in interests of UK fishermen - reciprocal access to our territorial waters - that agreement on fisheries will be inextricably linked to the trade agreement as indeed will be the third aspect on the level playing field guarantees," said Barnier on the issue of fishing rights.

Leaked drafts ahead of the Barnier said the UK should be treated differently because of "its geographic proximity and economic interdependence" to the EU and the threat of "unfair competition by undercutting standards."

The lines for the upcoming EU-UK trade negotiations battle are therefore being drawn, and expect the Pound to be sensitive to news flow surrounding progress.

"Both the UK and the EU vehemently represent their respective interests, in other words, a consensual willingness to compromise may be a long time coming. The path is getting noticeably bumpier, but I don't expect the UK pound's uptrend to be particularly at risk," says Marc-André Fongern, Head of FX Research at MAF Global Forex.