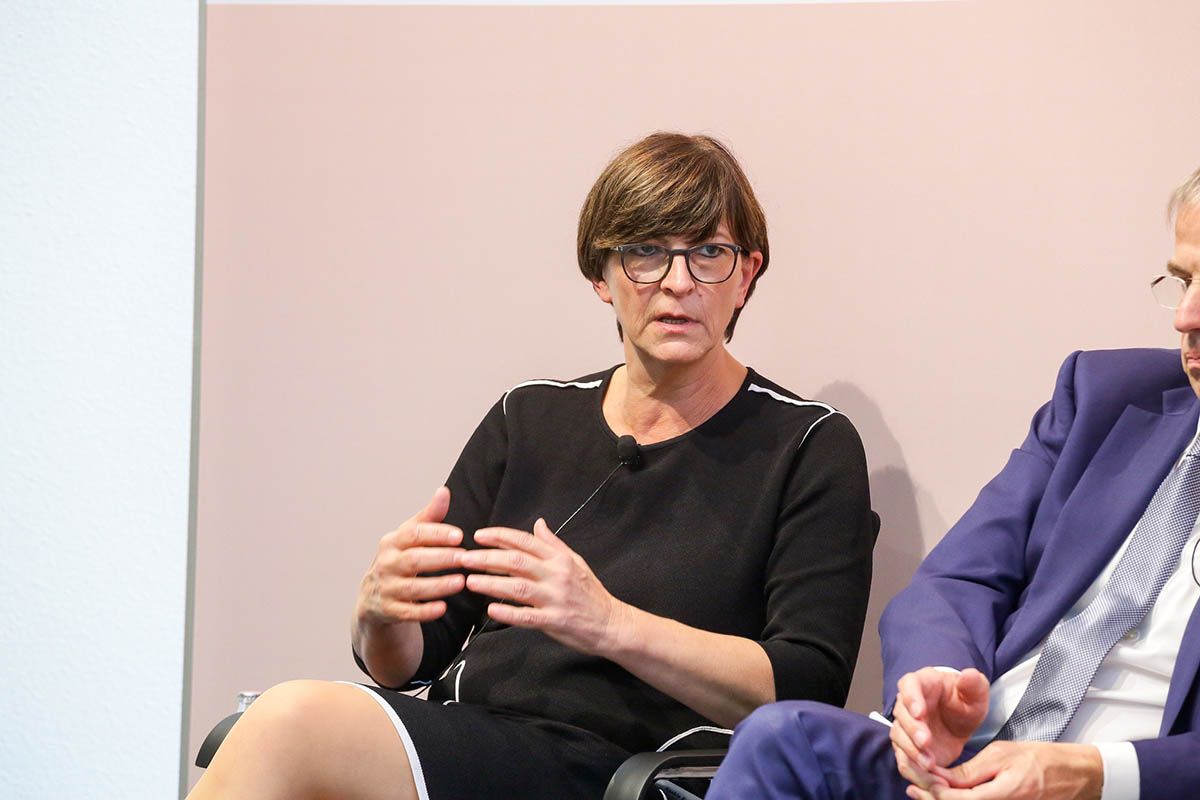 Political uncertainty has once again emerged on the Euro's radar, with analysts saying news of a potential split in Germany's ruling coalition is likely to provide a potential drag on the currency over coming months.

The future of Chancellor Angela Merkel’s government was thrown in doubt after the election by coalition partners, the Social Democrats (SPD), of a new leftwing leadership duo who have pledged to renegotiate the terms of the existing alliance.

With 53% of the vote, Norbert Walter-Borjans and Saskia Esken defeated the 'continuity team' of finance minister and vice Chancellor Olaf Scholz and Klara Geywitz, who were seen as the frontrunners.

The winning team have called for major policy concessions from Merkel’s Christian Democrats (CDU), and say they are prepared to pull the plug on the coalition.

"The Euro is at risk to prolonged political uncertainties in Germany," says Philip Wee, FX Strategist with DBS Bank in Singapore.

Wee says if the grand coalition collapses, it could usher in months of political uncertainty, bring forward elections and possibly an early exit for Merkel.

"It took months of negotiations, including Ms Merkel’s pledge not to stand at the next Bundestag elections due by September 2021, to form the coalition in February 2018 after the last election held in September 2017. Prolonged uncertainties would delay the fiscal stimulus needed to augment the ECB’s recent asset purchases to underpin the weak German and Eurozone economies," adds Wee.

On November 30 SPD party officials announced that Walter-Borjans and Esken had beaten Scholz and Geywitz by 53% to 45%, bringing an end to a campaign that had lasted nearly half a year. The duo campaigned on a platform of breaking with the CDU and trying to rebuild in opposition, raise spending on infrastructure, toughen climate change legislation and introduce a large spending package to help stimulate the German economy.

The vote came as a surprise as Scholz currently serves as Germany's vice Chancellor and finance minister, and he therefore naturally held the momentum in the race for control of the party.

"The result increases the risk of a government crisis and new elections in 2020," says Mikael Olai Milhøj, an analyst at Danske Bank. "With political uncertainty returning to Germany it could set the stage for some market nervousness this week, sending German yields and EUR/USD volatility higher again."

"Personally, I think the increased uncertainty in Germany is Euro negative," says Marshall Gittler, a currency strategist with ACLS Global. "Without Merkel, it could be even more difficult than before to find a compromise that both houses of the German parliament could agree on."

The future of Germany's ruling coalition now hinges on the outcome of the SPD's convention due to be held from December 6-8, where fresh policy measures will be officially agreed and adopted.

"It is the sheer attempt to renegotiate the coalition agreement and not so much the substance of any new proposals, which is worrisome. Also, don’t forget that the SPD party convention could easily come up with additional pressure to either increase the SPD’s profile in the grand coalition or even a proposal to end the coalition," says Carsten Brzeski, Chief Economist ING Germany.

Markets are now likely to watch the SPD over the next few days to get a gauge as to where the party is headed, and the Euro could react to any eye-opening decisions.

Brzeski says there are three possible scenarios after the SPD party convention:

1) Some minor concessions to the new SPD leaders from the CDU, stepping up investments and promising to look into ways to make fiscal policies more flexible
2) Failed talks within the government to accommodate the new SPD leaders
3) An outright withdrawal from the grand coalition before Christmas

Should the coalition fail, Merkel’s CDU could still manage to limp along as a minority government, or opt find a new junior coalition partner.

Another election to break the deadlock could however be the only scenario left for Merkel.

"Our base case scenario remains a continuation of the government until 2021, but the probabilities of the risk scenarios have clearly increased," says Brzeski.