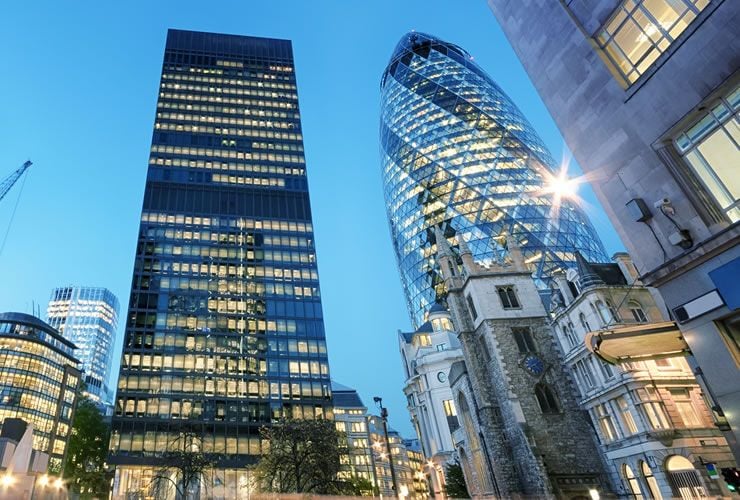 February saw almost a quarter drop in financial services jobs available, month-on-month according to a report by Morgan McKinley.

While the year-on-year drop was more moderate, at 17%, “it’s clear the jobs market remains under stress,” reads the report issued on Thursday, March 16.

The employment services firm says among the main contributors to the gloomy numbers is Article 50, which is set to be triggered in March.

“Brexit has pushed institutions into two camps,” said Hakan Enver, Operations Director, Morgan McKinley Financial Services. “On one side we’ve got the ‘business as usual’ team, and on the other we have the institutions that are tired of the government’s hemming and hawing and have already begun to move jobs to other EU countries. It’s the latter group that’s contributed to the quarter drop in jobs available.”

Morgan McKinley argue large institutions are often hampered in their ability to respond swiftly to significant changes in markets and regulations, so the divide is falling largely along large vs. small institution lines.

“The implementation of Brexit could take years, which is not a problem for small, nimble businesses that don’t need to forecast years out. They can adapt in real time, and cross the relocation bridge when they reach it,” said Enver. “Large institutions, however, are currently using up incredible institutional resources to project years out and plan for a future that changes from one day to the next. For many, it’s simply proving easier to get ahead of the worst case scenario and get out of London now.”

One month does not a trend make, but given the lackluster jobs year that was 2016, Enver was pessimistic about the overall jobs trend in the current climate.

“There’s a chance we’ll see a post Article 50 uptick in April, just as we did post-Brexit,” he said. “But the data suggests that Brexit has had a fundamental depressing effect on City jobs. We’ve already witnessed, what was a handful of jobs leaving, become hundreds. How long before we’re looking at losing thousands, even millions?”

In terms of job seekers, the month-on-month figures were down a more modest 12%.

“It’s a lower number than I expected, as candidates tend to register interest in January,” said Enver. “London is still home to the best financial services talent in the world, but if the jobs go, so will people. And when they leave, it will devastate the financial services infrastructure, costing British citizens jobs, too.”

According to 2015 CityUK data, the relocation of the financial services industry from the UK would cost the economy £176 billion a year and 2.2 million jobs.

“The UK and the EU have had a rocky 44 year marriage. Now that the divorce is being finalised, both sides want the best deal for themselves, but once your household is demerged, things get complicated fast,” said Enver. “Both parties should be looking to an amicable divorce where they remain co-parents of the joint economic household that they’ve built, rather than tearing the place to shreds to prove a point.”

Other financial centres are seeking to take advantage of the turmoil.

“Paris is an irrefutably charming city, but the financial services industry depends on its ability to rapidly expand and contract in accordance with the economic climate. Given the near impossibility of letting staff go under French law, not to mention the growing support for a Frexit, the response from the City so far has been less ‘ooh la la’ and more ‘non merci’,” said Enver.

While London’s loss is unlikely to translate to Paris’ gain, relocation is inevitable and already underway.

Many US institutions seeking access to the EU’s common market set up shop in the UK due to its more business friendly regulatory system, as well as the language-barrier free working climate offered.

“American banks are in the UK for the broader EU market. If Brexit cuts them off from it, they will have no incentive to stay, and will be forced to relocate,” says Enver. “For smaller European banks, access to the British market will likely be enough to retain some operations in London and other British financial services hubs such as Manchester”.

Enver sees a broader threat to the entire banking system of Europe, leaving an opening for the United States and Asia to usurp jobs and talent from across the region.

“There’s no telling what the City or the larger financial services sector will look like a year from today, as companies continue to move a piece here and a piece there. Once enough pieces of the banking infrastructure are dispersed, the whole thing could collapse,” said Enver.

“The government knows what’s on the line, but they’re still choosing to send mixed messages about passporting, trade, euro clearing, and the right of EU nationals to live and work across the UK, not just here in London”, said Enver. “It may well be a negotiating tactic, but it’s one that’s having very real consequences for people’s lives and for our economy.”

The Bank of England in February raised the alarm bell on European efforts to relocate Euro clearing operations from London.

The move has received less attention than other at risk provisions such as passporting and the freedom of movement, because Euro clearing is conducted in the United States and Asia also, therefore it does not depend on EU membership to be conducted.

A recent report by the Intercontinental Exchange found that yanking Euro clearing out of London would result in a considerable increase in banking costs for European institutions.

“Those who support moving Euro clearing out of London are willing to drive the EU economy off a cliff just to prove a point, which makes for questionable judgement, to say the least,” said Enver.

Deputy governor of the BoE, Sir Jon Cunliffe had harsh words for those seeking to politicise the geographic location of Euro clearing:

“A policy of ‘currency nationalism’ is not a necessary condition for either financial or indeed monetary stability. Such a policy if applied by all jurisdictions is in the end likely to be a road to the splintering of this global infrastructure – and to further fragmentation of the global capital market – rather than the route to the sound and efficient management of risk.”

German finance minister Wolfgang Schaeble has meanwhile told a conference in Frankfurt that he would want to negotiate a Brexit deal in which the City of London remains a global financial force.

He said it was not feasible to move all of the City's operations abroad and to do so would involve a huge upheaval, Mr Schaeuble pointed out.

In a keynote address to the IIF Conference in Frankfurt, he said: "I am convinced that for Europe as a whole - and I'm not sure this will be very beloved in Paris - it's in our own interests to have strong financial centre in London."

With one important exception, the budget set a cautious economic tone and received a muted response from the City.

Morgan McKinley say a bright spot was Hammond’s announcement that the government would spend £270 million on technological advancements.

The announcement comes at a time when financial services institutions are hiring more than ever in the fintech sector.

A combination of industry disrupting technology and heightened cyber security risks have made fintech the fastest growing sub-sector in the industry, and an added boost from government spending in research and development, could signal even more growth in the field.

“The security risks are increasing, but employers no longer need to be convinced about the importance of investing in expertise, so we expect hiring in fintech to keep booming,” said Enver.