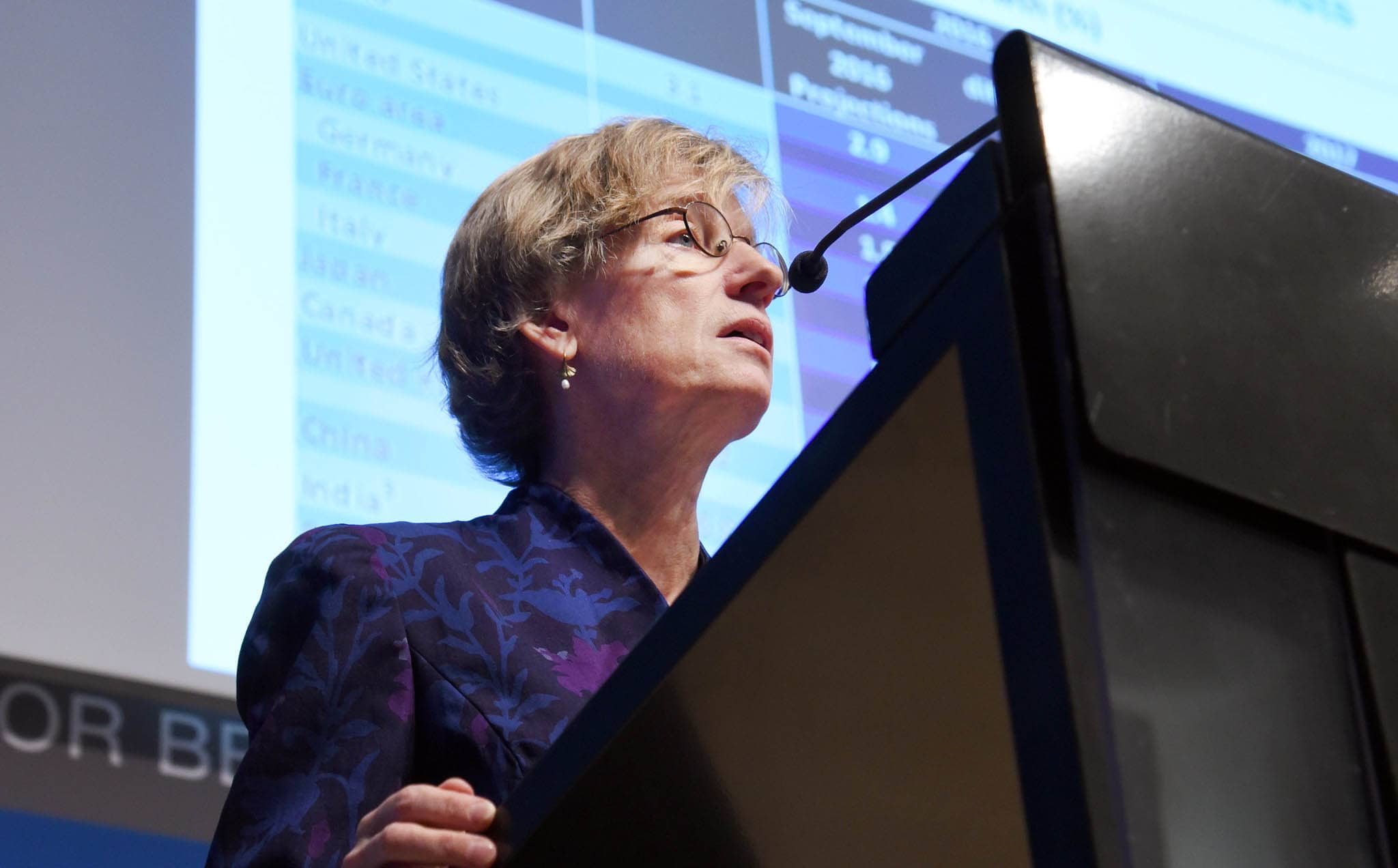 Catherine Mann, an external member of the MPC, said inflation is "increasingly embedded" in the economy, necessitating a strong response from the Bank of England.

She said she believes inflation could now become anchored at 4%, a view that is at odds with the Bank's own forecasts for inflation to fall back to 2.0% in three years.

"Services pre-Covid were running at well below 2% inflation," said Mann "now services are running above 3%. This is a dramatic change in the underlying pace of inflation."

She was speaking at an online event hosted by the Conference Board.

Mann has consistently urged fellow members of the MPC to deliver large rate hikes early on, as this would ensure inflation expectations are contained. 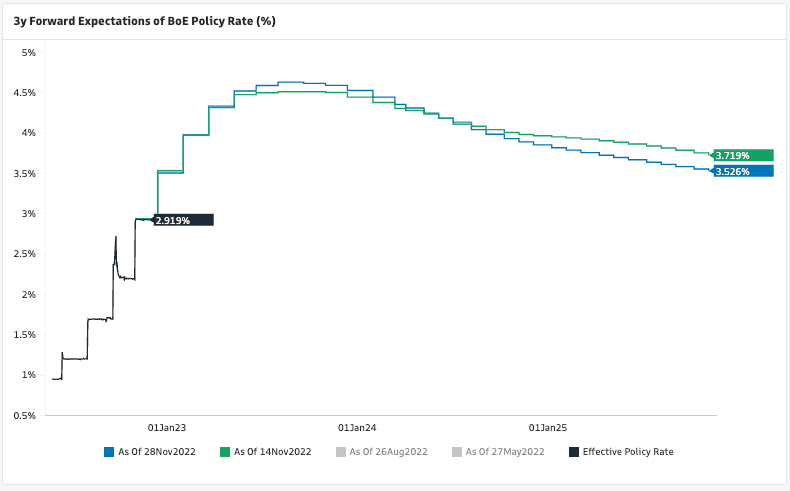 Above: The market's implied expectations for the path of Bank of England interest rates. Source: Goldman Sachs.

The risk of not doing so, she has argued, is that inflation expectations continue to rise, resulting in more interest rate hikes over a longer period of time.

"I have been on the side of voting somewhat more aggressively, in terms of guiding the economy with a more front-loaded change in bank rate," said Mann.

She said more rate hikes were necessary, but would not be specific as to whether she would vote for a 50 basis point hike in December, or another 75bp move.

The market is split on the size of the next hike, suggesting a level of uncertainty that could provide FX markets with some excitement mid-month when the next decision falls.

The Bank of England has tended to undershoot market expectations when delivering interest rate hikes, an outcome that has consistently resulted in a weaker Pound.

"BoE risks still revolve around their dovish tendencies. Too much of a focus on growth risks would raise market concerns that inflation might not be adequately dealt with. Inflation will remain in double figures through Q1," says Peter McCallum, Senior Macro Strategist at Mizuho International.

If the MPC agrees with Mann's assessment another 75bp hike in December would be likely, taking Bank Rate to 3.75%.

However, a 50bp hike would undershoot expectations and be consistent with a weaker reaction in Sterling.