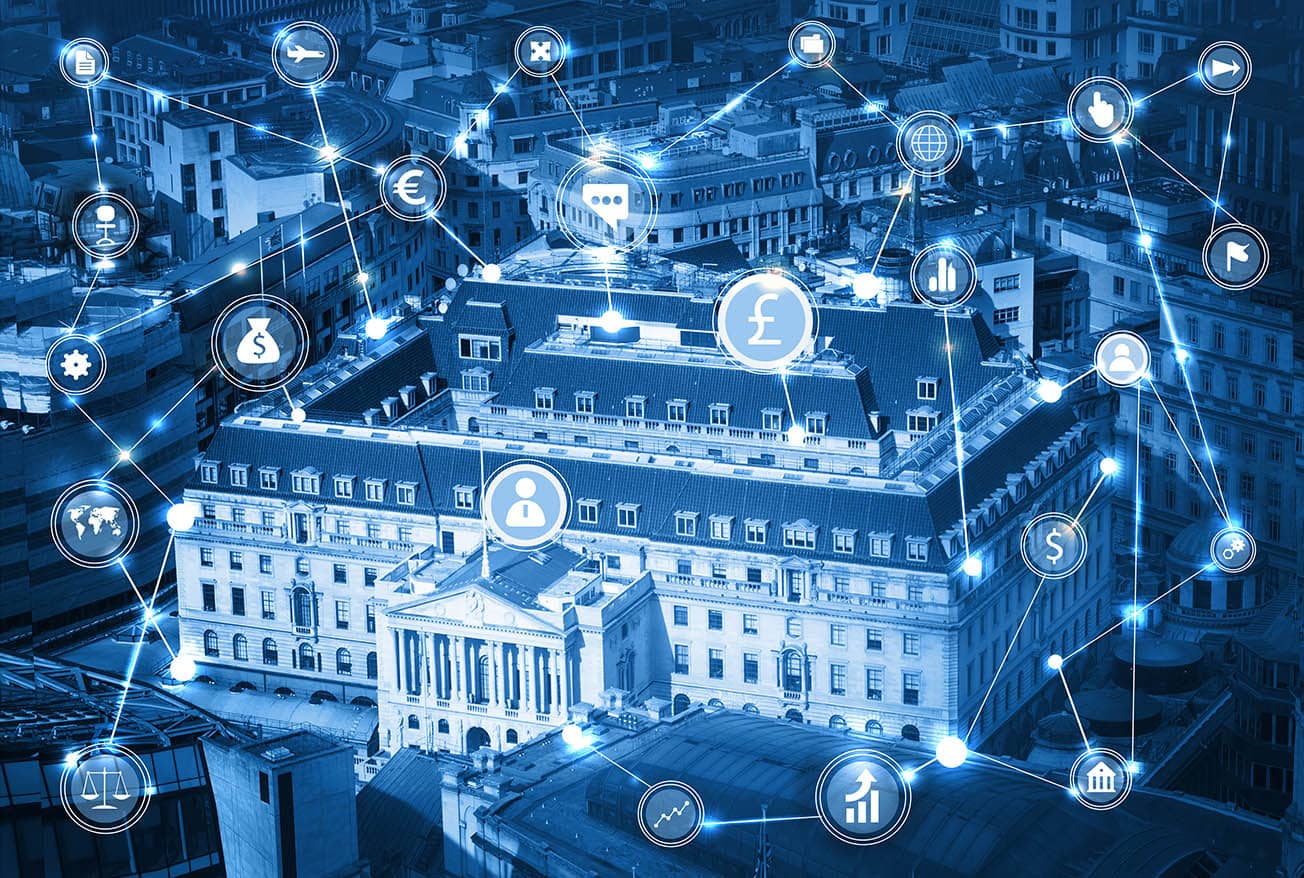 If successful, such a strategy means the peak of the Bank's interest rate hiking cycle could be lower said Catherine Mann, the Monetary Policy Committee's new external member.

The speech was therefore 'moderately' hawkish in that it is consistent with a need for further interest rates in coming months, while implying the terminal level of rates need not be as high as markets are anticipating.

Market pricing implies at least another 100 basis points of rate hikes by the end of the year.

Mann says she finds there are heightened risks inflation remains elevated for longer and some of her modelling suggests 2023 could be another high inflation year.

Near-term, prices are almost certainly set to hit 6.0% she says.

"If we take the current level of prices as given, most inflation in the near term is already baked in," says Mann. "Even if prices stopped rising right now, goods inflation would arithmetically increase to over 6% in February."

As such Mann finds the ingredients appear to be in place for inflation to stay stronger for longer and a reinforcing dynamic involving wages is therefore not inevitable.

"Expectations for wages and prices for this year, if realised, could keep UK inflation strong for longer, which might then generate a reinforcing cost-price dynamic," Mann said in a speech for the Bank of England. 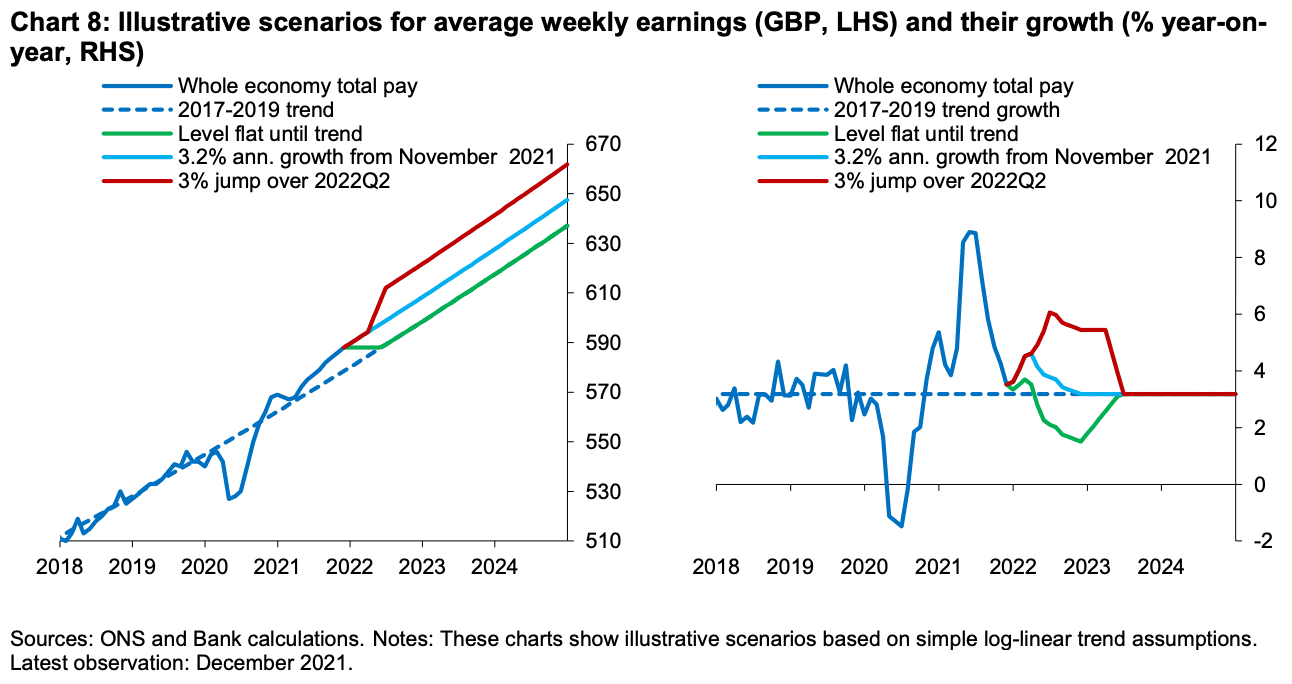 "To return inflation to target, the Monetary Policy Committee’s first line of defence is to dampen expectations of future price increases," she adds.

For this to be achieved Mann argues firms must be convinced that inflationary pressures will come down in the future, thereby influencing their pricing decisions.

Mann cited surveys showing UK firms expect continued upward pressure on pay growth in 2022 on top of the 2-3.5% increases of 2021.

She adds these expectations for prices and wages, if realised, are ingredients for headline inflationary pressures that could stay strong for longer, "well into 2023".

The Bank's monthly Decision Maker Panel (DMP) survey report that not only did they raise prices over the last year at much higher rates than before Covid, but also that they plan to repeat similarly steep price increases over the year to come. 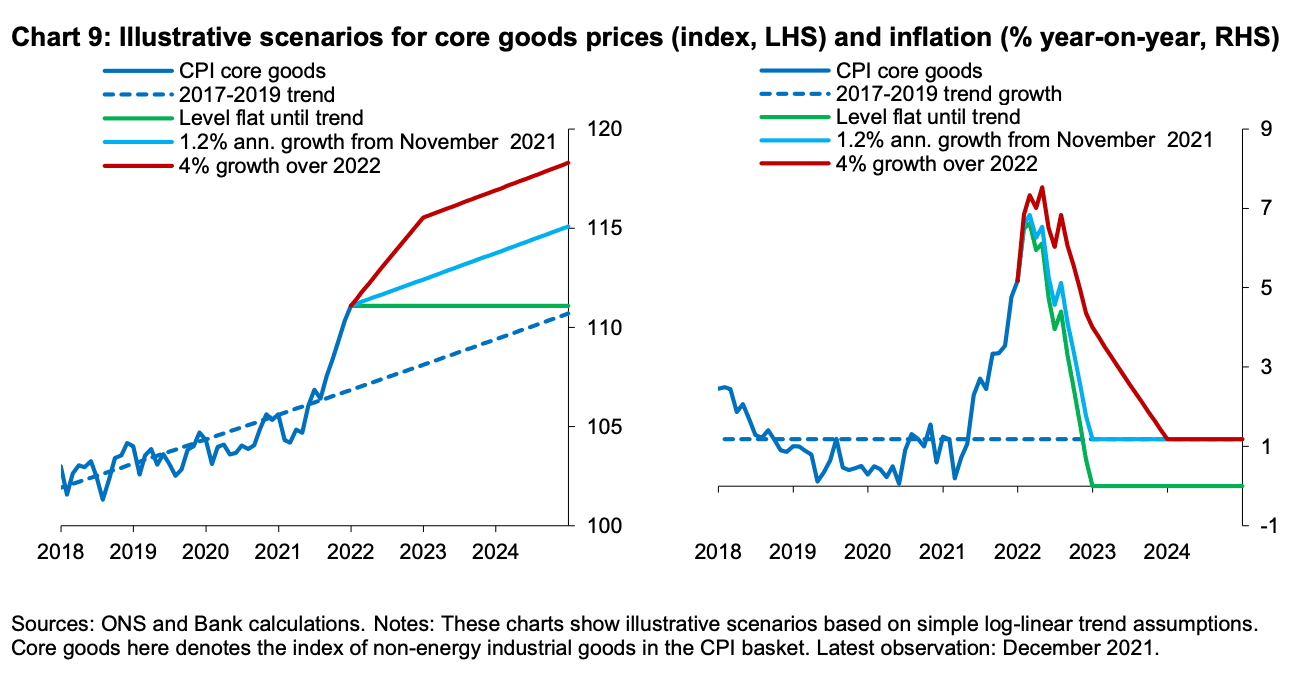 "It should be a concern that the costs from 2021 are becoming reflected in price expectations for 2022," said Mann.

Mann says she voted for a rate hike in December with an aim of trying to signal to businesses that the Bank is ready to act in order to stem inflation.

The objective is to prompt firms into cooling their price hike intentions now, thereby easing inflationary pressures later on in 2022 and 2023.

Therefore she feels achieving an "inflection in these expectations," by acting now can play a significant role in stemming inflation.

"Along with tailwinds from global factors could mean that a shallower path of future rate rises is needed to bring inflation back to target," says Mann.

Mann therefore looks set to vote for another rate in February with the intention of avoiding too many more such votes in the current cycle.