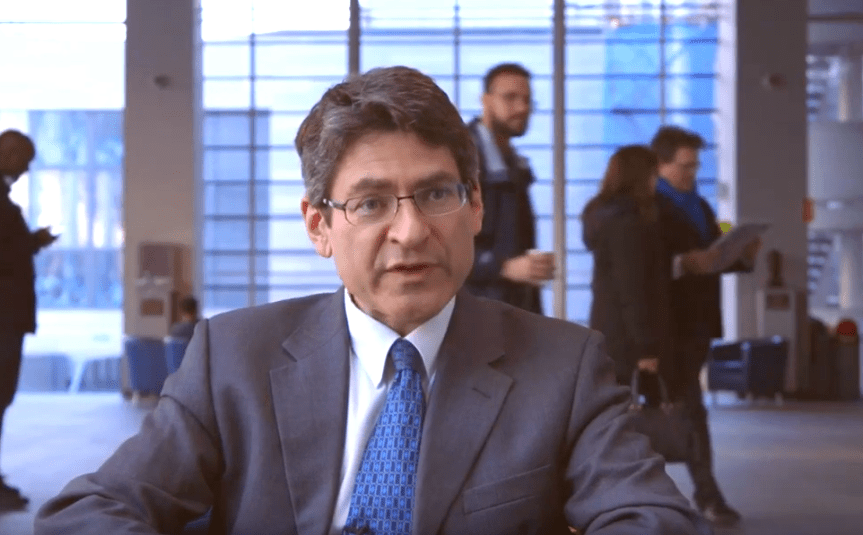 Analysts and investors grew more fervent this week in their anticipation of a December BoE decision to lift Bank Rate from 0.1% to 0.25%, a move that many expect will be a precursor to further increases over the course of 2022.

This is after inflation accelerated to more than twice the BoE’s target in October, continuing an upward trend that had already prompted the bank to warn repeatedly in recent months that it will likely be necessary to lift borrowing costs by some degree over the coming years.

“In my view, the prospective rise in Bank Rate from its emergency level – whenever that comes - is not a bug, but a feature. It reflects the success of fiscal, health and science policy in dealing with the worst economic shock in 100 years,” said Jonathan Haskel, one of six members of the BoE’s Monetary Policy Committee, in a speech.

UK inflation rose to 4.2% in October from 3.1% previously while many economists and the BoE itself have warned that annualised price growth could exceed five percent at times over the coming quarters due mainly to factors that are widely said to be temporary. 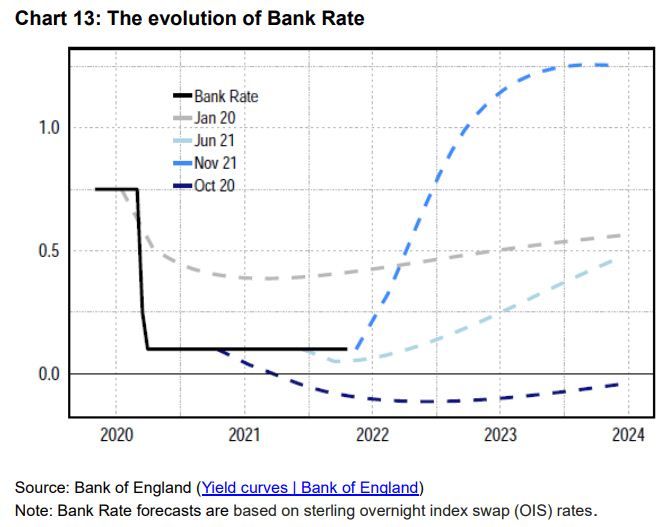 “Much of the variation in inflation is due to global factors such as imported goods and energy prices. I expect much of that variation to be transitory,” Haskell told his audience at an event hosted by the University of Glasgow’s Adam Smith Business School.

“The message of this chart is that future rises in Bank Rate are largely indicative of the recovery,” Haskel also said, referring to the above graphic.

It matters too for the Bank Rate outlook that a flurry of recent data has suggested the economy may have regained some previously lost momentum early on in the final quarter, with the latest being IHS Markit PMI surveys of the manufacturing and services sectors on Tuesday.

“November’s flash PMIs indicate that the economy is proving fairly resilient even as they brought further signs that the rise in price pressures has continued. That suggests to us that the balance of probabilities at the Bank of England’s Monetary Policy Committee meeting in December remains skewed in favour of an interest rate hike, most probably from 0.10% to 0.25%,” says Bethany Beckett, a UK economist at Capital Economics.

Previously, data showed that retail sales growth was stronger than economists anticipated for October while other figures suggested that UK employment has returned to pre-pandemic levels during recent months.

That could mean the job market recovery weathered September’s shuttering of the HM Treasury furlough scheme without any material upset, which has been flagged by the BoE as something that could be almost a prerequisite for it to begin lifting interest rates. 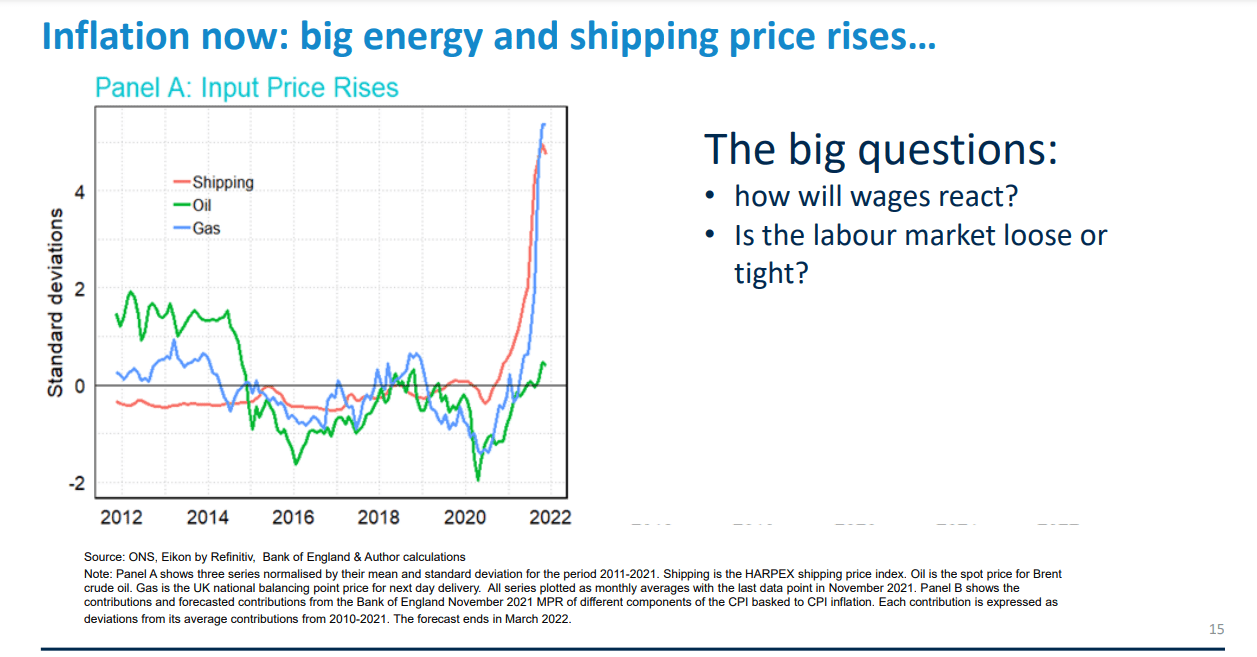 While there is consensus among analysts and economists that an initial lift-off for Bank Rate is most likely to come in either December or February next year, there’s much less agreement in relation to what might be likely to happen after.

“The incoming data post-November’s MPC meeting have raised our confidence in our expectation for lift-off at the upcoming December meeting, although a delay until February remains possible,” says Stefan Ball, chief UK economist at Goldman Sachs, in a recent research note.

The BoE cut Bank Rate from 0.75% in January last year to 0.10% by the end of March in an effort to support households and businesses as the economy ground to standstill amid the earliest attempts to contain the coronavirus.

Last year’s interest rate cuts and the resulting low level of Bank Rate are adding at the margins to inflation pressures that could be set to exceed the BoE’s 2% target for a while yet, hence why some on the Monetary Policy Committee are becoming increasingly keen to reverse them. 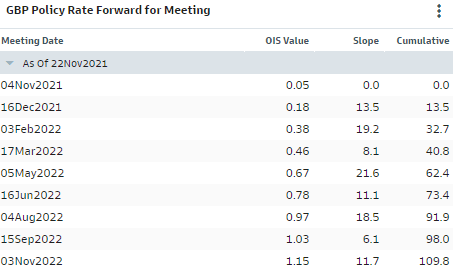 “I would caution against views on the scale of an increase that would be likely to push inflation below target in future by increasing slack in the economy. The short-term evolution of the labour market will be crucial in determining the scale and pace of the response,” Governor Bailey also said.

Financial markets have come to anticipate that Bank Rate could top 1% in 2022 although the BoE has suggested repeatedly that these expectations could be misplaced including in its August Monetary Policy Report.

That was when the BoE said that after the benchmark interest rate gets to 0.50% policymakers at the bank would be likely to become as concerned with managing the bond portfolio on its balance sheet as they would be with raising interest rates.

The BoE bought £985BN of government and corporate bonds under the various quantitative easing programmes announced since the financial crisis of 2008 but said this summer that it would soon begin to slowly but surely shrink the amount of assets held as a result of the programmes.

August’s report said this would happen from when Bank Rate reaches 0.50% and that shrinkage of the portfolio could be accelerated through active sales of bonds if and when the benchmark interest rate gets back to 1%.

This would amount to monetary tightening too and so could mean that a lesser increase in Bank Rate will ultimately be necessary over the medium and longer-term than otherwise.

That in turn could mean the market is mistaken to be betting on Bank Rate rising to 1% as soon as the end of next year.