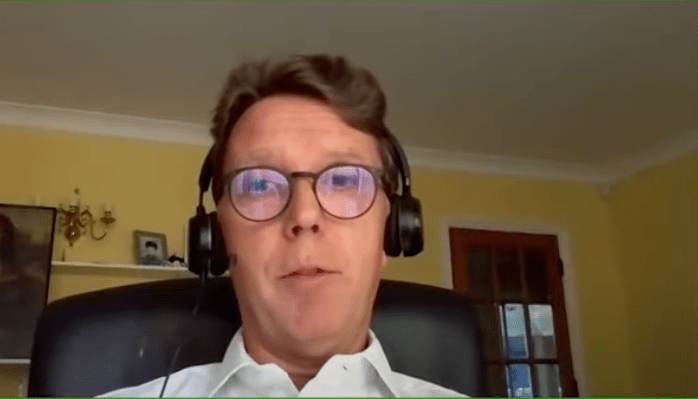 Bank of England policy setter Michael Saunders has said inflation could force an interest rate rise next year, a call that comes as new data from Citi shows inflation expectations are at risk of anchoring at higher levels.

Inflation expectations and central bank policy responses are a key topic for foreign exchange markets at present and therefore Saunder's views have relevance to those watching Pound Sterling over coming months.

"If the economy continues to recover, and inflation shows signs of being more persistent, then it might be right to think of interest rates going up in the next year or so. But that is not a promise and depends on economic conditions," said Saunders in an online speech.

Saunders has emerged as the Bank's foremost 'hawk' in his advocacy for ending quantitative easing and his willingness to signal that interest rates must rise in the near-future in response to heating inflation levels.

For the British Pound, a key question for coming months is how fast his fellow MPC members adopt the view that monetary conditions in the UK should be tightened.

A central bank that hikes ahead of others, and hikes more than others, can often expect the currency it issues to appreciate in value.

Pressure to raise rates at the Bank of England will build should expectations for inflation to remain above 2.0% on a sustained basis increase.

Currently the Bank expects inflation to peak at 4.0% before coming back to target.

The risk to their view is that inflation expectations rise to the extent that inflation anchors itself to higher levels: if consumers and businesses expect higher inflation they shift behaviour accordingly.

In particular, businesses could cost their goods in anticipation of rising prices and higher inflation therefore becomes self-fulfilling.

"Such an outcome could well require a more substantial tightening of monetary policy later, and might limit the committee’s scope to respond promptly the next time the economy needs more stimulus," said Saunders.

Currency analysts at Citigroup say long-term inflation expectations are already showing signs of readjusting to a higher level than was the case pre-crisis and pose challenges if they rise further.

The Citigroup/YouGov Inflation Tracker for the UK shows the 12 months ahead households’ expectations of price changes were steady at 3.1% in August having increased 0.3pp in July.

Despite the increase, they remain markedly below those in January (3.3%) and December (3.8%).

"A marked increase in longer run inflation expectations could yet force the BoE to tighten policy even if the recovery is incomplete," says a currency note from Citigroup.

For now, Citi analysts think these risks remain contained – though if long-term inflation expectations continue to shift up, this could pose challenges.