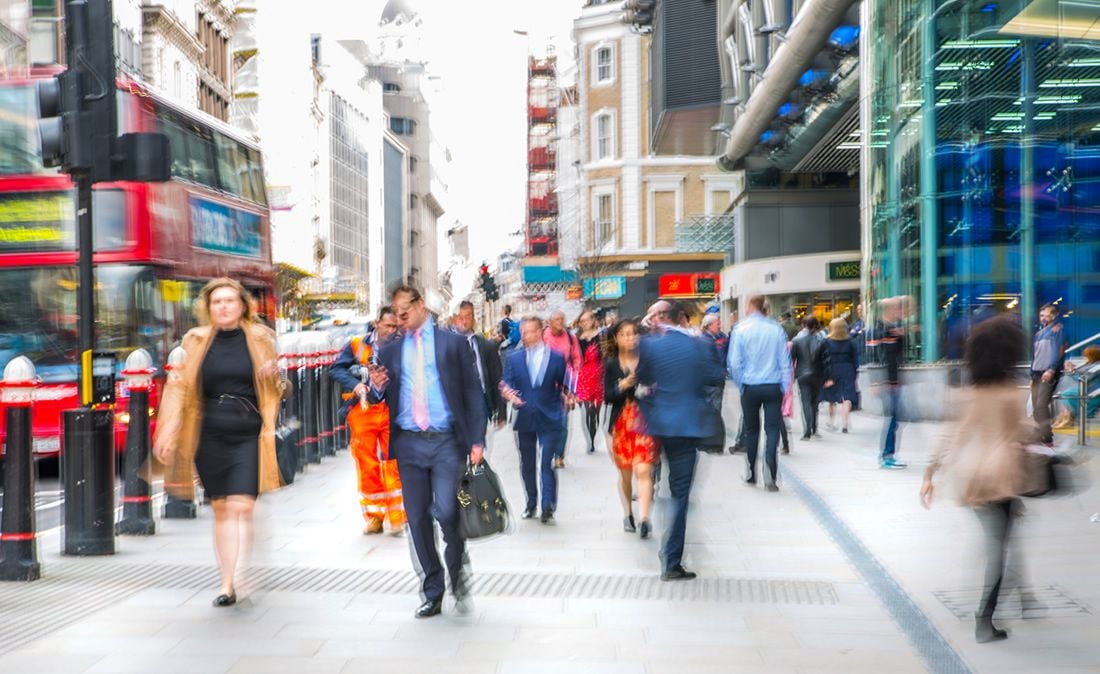 The UK economy's dominant services sector - which accounts for over 80% of economic activity - shrank in September, as an economic slowdown deepened.

The IHS Markit Services PMI read at 49.5, below the previous month's 50.6 and below the 50.3 expected by economists. It was only the fifth time in over a decade that the headline index has fallen below the no-change threshold of 50.0.

A reading below 50 signifies contraction, and with both the Manufacturing and Construction PMI readings coming in below 50 concerns will grow that the UK economy could register another quarter of negative growth. 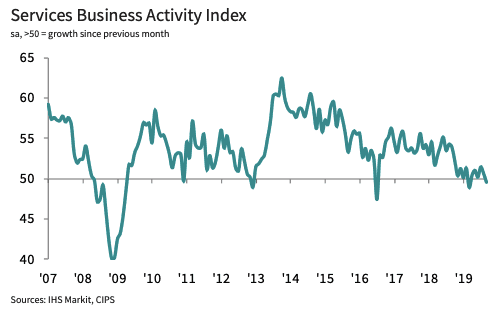 The service sector labour market weakened notably in September. Jobs at service sector companies were cut for the first time in five months, and at the fastest rate since August 2010. Workforces fell at 19% of survey respondents.

"A weak September for the UK economy," says Simon French, Chief Economist at Panmure Gordon. "All three PMIs signalling contraction. Services the most concerning... PMIs signalling UK economy is now at its slowest growth rate since 2012."

French says that employment growth and consumer spending should however mean the UK avoids a contraction in the third quarter.

According to IHS Markit, the Services PMI survey provided evidence that international clients had switched business to other markets amid increased concerns around a potential no-deal Brexit.

The volume of new export business received by UK service providers dropped at the fastest rate since March. Moreover, the month-on-month decline in the New Export Business Index was the largest observed since the series began in September 2014. New work from overseas has risen only twice in the past 13 months.

"Deferred client orders and reduced consumer spending as a result of Brexit uncertainty and a slowing global economy meant hard-pressed businesses started to lose their battle against the hardest conditions for about a decade," says Duncan Brock, Group Director at the Chartered Institute of Procurement & Supply.

Samuel Tombs, UK Economist with Pantheon Macroeconomics is however sceptical as to the forecasting ability of the Services PMI on official measures of economic performance.

"Don't take the UK services PMI at face value!" says Tombs. "Why would it be right all of a sudden now, when it has been too downbeat since last November? It is more an indicator of firms' general confidence than a narrow indicator of output/activity." 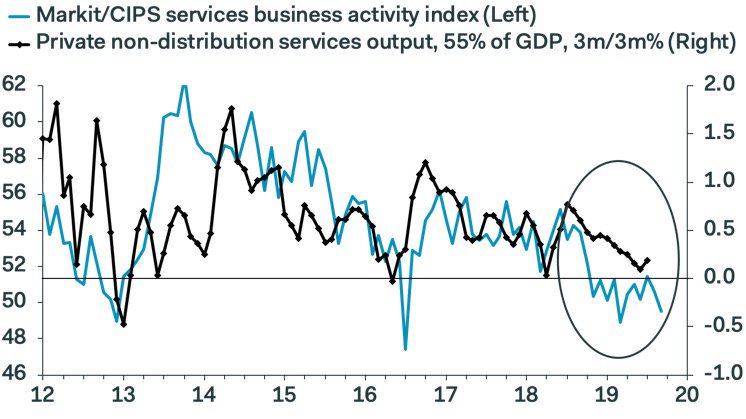 Above: The Services PMI has overestimated the slowdown in the UK economy of late. Image courtesy of Patheon Macroeconomics.

The slowdown in the UK economy mirrors a slowdown in economic activity in the Eurozone, where final PMIs for September painted a bleak picture.

"The German services PMI was a real blow," says Neil Wilson, Chief Market Analyst at Markets.com. "Business activity grew at the weakest pace in three years, while inflows of new work were at a 5-year low. Germany is set for a technical recession. Whilst German is leading the way south, France and Italy are also contributing to the weakness, while Ireland and Spain are also weak." 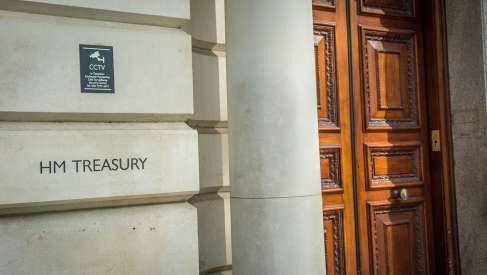 Chancellor Rishi Sunak launched 2020's comprehensive spending review Tuesday, which is expected to see the government make good on a range of past commitments but will underline the goliathan task ahead of HM Treasury if it's to return the public finances to a sustainable footing.