The UK labour market appears to be in decent shape with numbers out of the ONS confirming January saw a joint record for the numbers of employed in the UK economy.

The ONS report there were an estimated 32.60 million people in work, 167K more than for the rolling quarterly measurement that (July to September 2018 quarter), and 444K more than for a year earlier.

Market expectations were for the the rolling quarterly figure to read at 153K (October-December 2018).

Expectations for a disappointing set of labour data in line with recent surveys that show a slowing in employment ultimately proved unfounded.

However, the claimant count did tick up by 14.2K, more than the forecast 12.3K. There were an estimated 1.36 million unemployed people (people not in work but seeking and available to work), 14,000 fewer than for July to September 2018 and 100,000 fewer than for a year earlier. 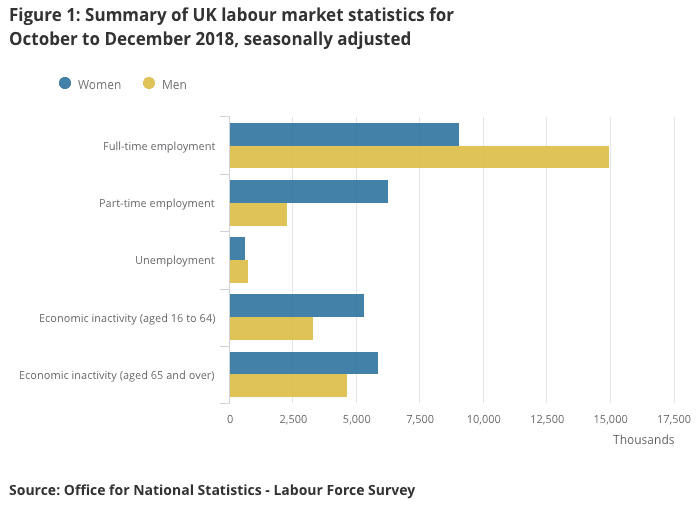 The all-important wage data disappointed somewhat with the average earnings, with bonuses included, reading at 3.4%, unchanged on November but representing a slight miss on the 3.5% forecast by analysts.

The average earnings reading without bonuses included read at 3.4% meaning wages are growing comfortably above the rate of inflation.

"A year ago the average Briton’s spending power was stagnating as paypackets were caught in the crosshairs of low wage growth and painfully high inflation," says Pawel Adrjan, UK economist at the global job site Indeed. "Now, as inflation slows to its lowest rate in two years, a series of strong rises in average wages has swelled both paypackets and workers’ spending power."

“Rising wages are a byproduct of Britain’s relentlessly tight labour market, which is still bumping along the ceiling of full employment," adds Adrjan.

In normal times this wage data would almost certainly prompt an interest rate rise at the Bank of England which would be wary of wages generating unwanted inflation, but with Brexit negotiations at a critical juncture it is understandable that the Bank would rather adopt a wait-and-see approach on rates.

Interest rate moves at the Bank of England are a central driver of Pound Sterling, therefore that the data points at a future of higher interest rates is an all-out positive.

Following the release of the data Sterling was seen trading unchanged on the day, confirming the view that while economic data does matter it matters little in the context of ongoing Brexit uncertainty.

UK economic data has disappointed of late with the much-watched PMI surveys from IHS Markit showing a slowdown in the economy's manufacturing, construction and service sectors at the turn of the year.

The surveys also show a decline in employment, which suggest the official data might yet come under pressure over coming months.

For now though, the data appears to be defying the gloom.