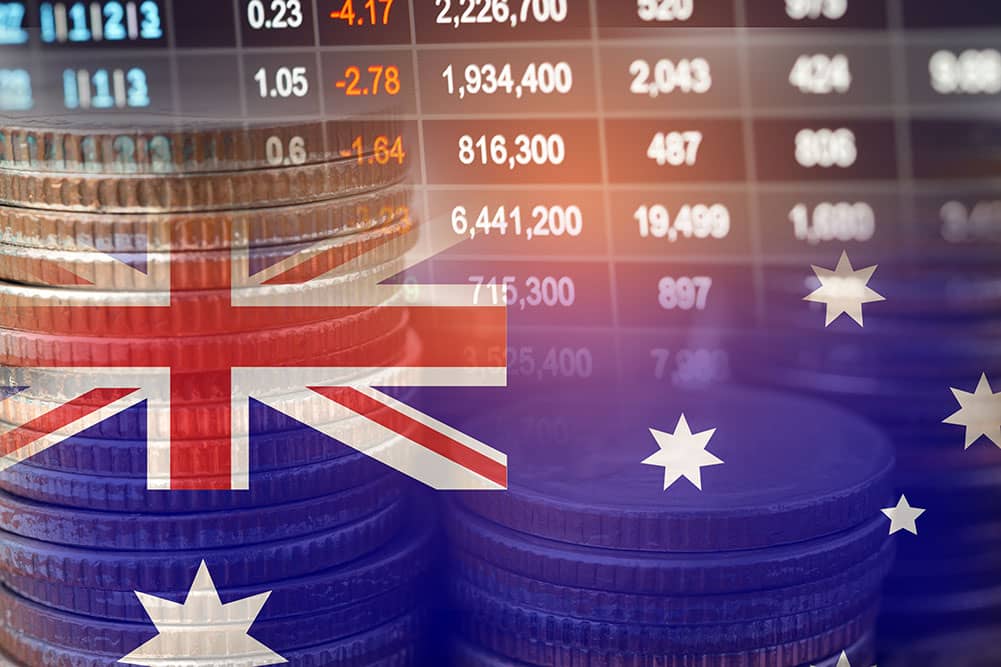 The Australian Dollar was broadly lower following data that showed Australia shed jobs in December, defying expectations for an increase in employment of 22.5K.

The ABS reported employment contracted 14.6K in December, a sharp slowdown on November's 58.2K, which was also revised lower from earlier estimates.

The Pound to Australian Dollar exchange rate (GBP/AUD) rose half a percent to 1.78740, extending a midweek advance of 1.13% and painting a picture of an exchange rate that might have recently bottomed: 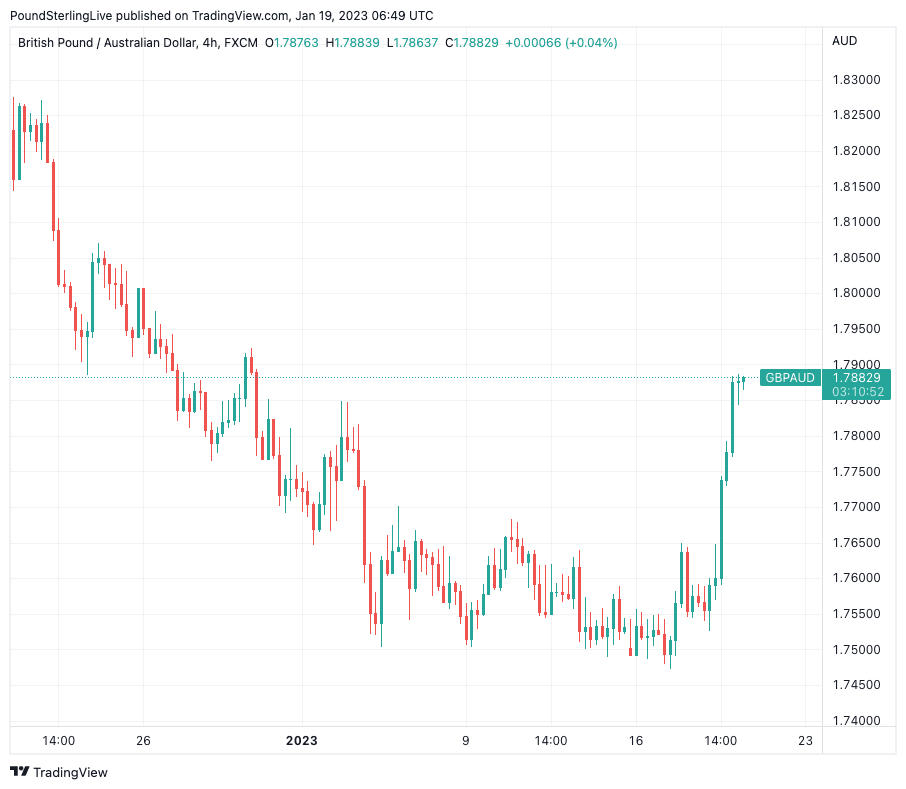 CBA's Australian economics team note that employment growth is slowing in trend terms and expect this to continue in 2023.

"A 25bp interest rate hike is now about 45% priced for the RBA’s February meeting," says Kong.

A slowing in the RBA's rate hike cycle could deny the Aussie Dollar support from the interest rate channel, particularly against currencies belonging to central banks prepared to maintain a more strident approach.

Both the Bank of England and European Central Bank are expected to hike by 50 basis points in February with incoming data suggesting a further such hike in March is also likely at both central banks.

The Federal Reserve is meanwhile anticipated to hike by 25 basis points, suggesting the Aussie might remain supported against the U.S. Dollar but see underperformance against the Euro and Pound.

The labour market figures are nevertheless at odds with other recent prints from the Australian economy which paint a broadly robust picture.

Economists at ANZ say this disappointing figure is a one-off.

"Our view that the labour market will remain very tight over 2023 has not changed," says Catherine Birch, Senior Economist at ANZ.

"With 444,200 job vacancies recorded in November (around double the pre-pandemic level) and businesses still in hiring mode, it’s hard to see a sharp rise in unemployment any time soon," she explains.

The fall in the Australian Dollar therefore might have more to do with global conditions as opposed to domestic news, particularly in light of the larger declines witnessed the day prior which mirrored a sell-off in global equity markets.

"The NZD is not far behind; we think that is more a function of general market sentiment than local news," says Lignos.