ING says the currency is oversold and undervalued as the new year approaches, giving scope for a rebound over coming months.

But risks related to China are significant and a potential downturn in commodity prices could weigh.

China is Australia's most important trade partner and accounts for the majority of the country's exports.

The relationship has served Australia well for over two decades: as China has hoovered up Australian iron ore, coal and natural gas the Australian Dollar could always rely on a steady bid. 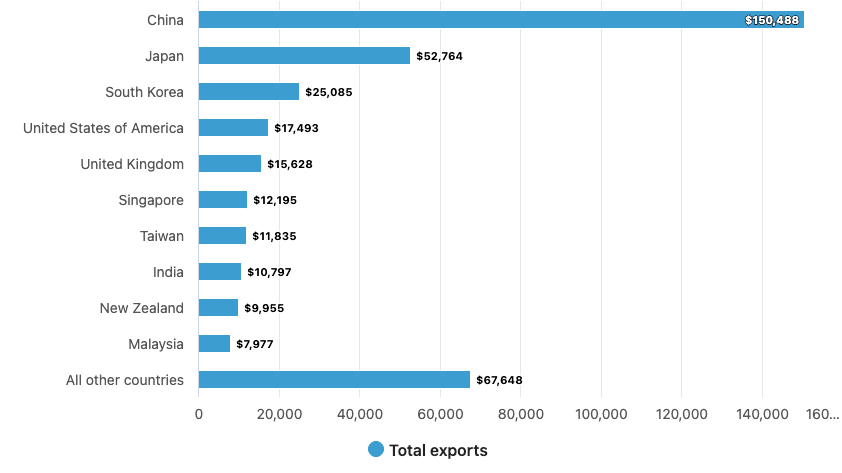 In the commodities super-cycle of the early 2010's the Australian Dollar surpassed parity against the U.S. Dollar and reached an all-time highs against the Pound.

But ING eyes a number of risks concerning China, including geopolitical tensions as the country becomes increasingly belligerent towards Taiwan and adopts a more muscular approach to foreign relations.

China has also made clear its disdain for Australia's criticism concerning the origins of the Covid-19 virus, resulting in numerous Australian commodity import tariffs and bans being put in place since 2020.

"The growth outlook is blurrier as many headwinds may come from China," says Turner. 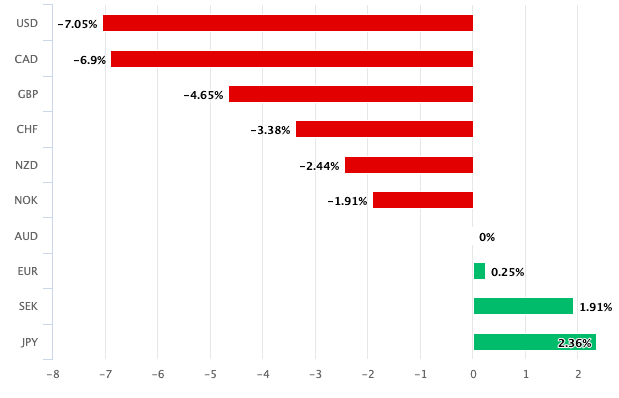 ING's commodities researchers expects natural gas and coal (Australia’s second and third biggest exports) to be among the main victims of the energy price decline in 2022.

Iron ore - Australia’s primary export - whose prices have approximately halved since mid-2021, should be able to hold around the current $100 levels on average next year, says Turner.

But the bank doesn't anticipate prices to return to the levels seen in the first half of 2021, given China’s new restrictions on steel production.

The Reserve Bank of Australia (RBA) is meanwhile expected by ING to raise interest rates in 2023 having started to reduce its quantitative easing programme in 2022.

This could pose a disappointment for a market that is positioned for a rate hike in 2022 and the Australian Dollar could lose support if this were the case.

"The market is pricing in too much RBA tightening in our view, but AUD still has to catch up with the recent hawkish re-pricing," says Turner.

Indeed it is valuation that currently favours the Australian currency and in a world where worst-case scenario risks are not realised this should support a steady rise.

ING's modelling finds the Aussie is the most undervalued (-11%) G10 currency against the USD, "AUD is also the most oversold currency in G10 and has the widest room to benefit from short squeezes in risk-on periods," says Turner.