The Australian Dollar was the worst performing major currency in the wake of a speech given by Lowe to the Anika Foundation, where he said the conditions for higher rates were some way off.

Lowe said that he would like to see inflation sustainably maintained in a 2-3% band before considering interest rate rises.

And for this to be achieved wages must pick up materially. 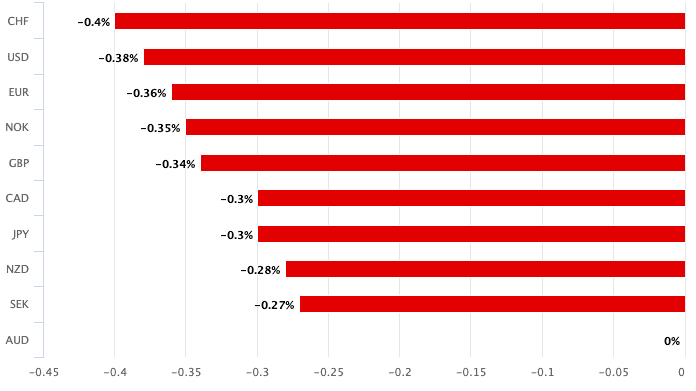 Lowe said the Delta variant had undermined the country's labour market by not only increasing unemployment but shortening the hours worked by employees, particularly in states hard hit by lockdowns.

Hours worked in Australia fell by 0.2% in July, with a large decline in New South Wales offset by increases in other states, including Victoria, where lockdowns were briefly lifted.

This metric is expected to have deteriorated in August as lockdowns wore on.

"Total hours worked are expected to decline by 3–4 per cent in the September quarter. There is uncertainty about the unemployment rate for the reasons I just spoke about, but it would not be surprising to see readings in the high fives for a short period of time," said Lowe.

As such wages were expected to come under pressure not just in the states of New South Wales and Victoria, but nationally too. 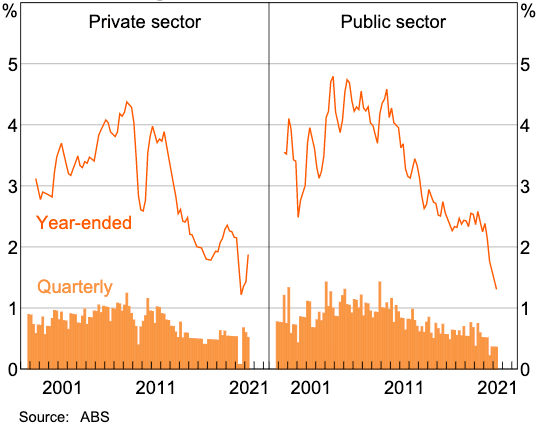 FX transfers: Secure an exchange rate that is between 3-5% better than those offered by banks, learn more. (Advertisement).

On this basis the first opportunity for the RBA to raise interest rates would only likely come in 2024, in his opinion.

Lowe had an unambiguous message to the market:

"These expectations are difficult to reconcile with the picture I just outlined and I find it difficult to understand why rate rises are being priced in next year or early 2023."

This is a clear order to investors to recalibrate expectations for the outlook of Australian monetary policy and as markets duly pushed back the timing of the expected first rate hike the Australian Dollar fell. 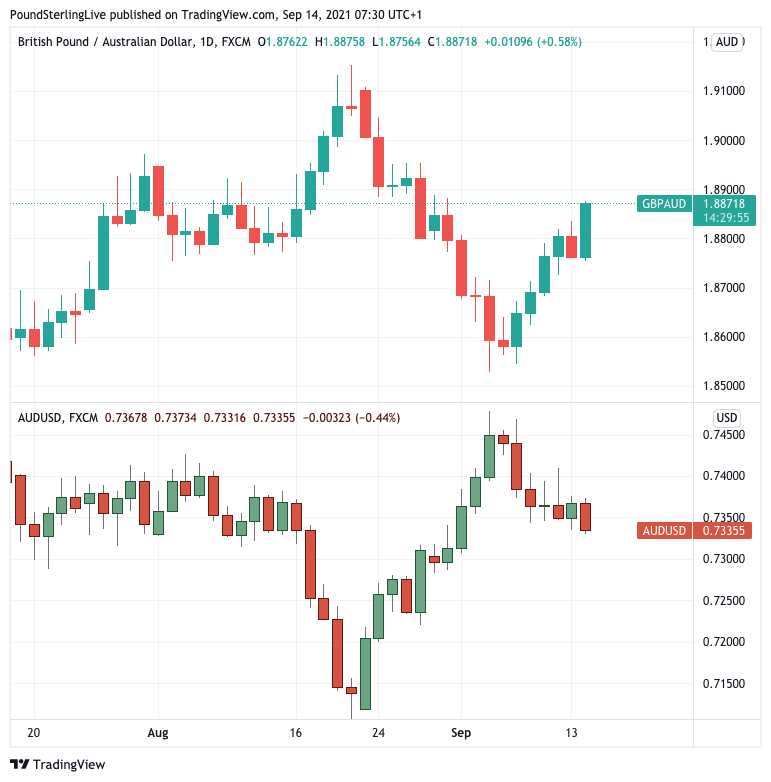 But lower rates, and the prospect of a 'lower for longer' environment, place downward pressures on the currency.

Lowe's speech was significant in that it has communicated to markets that interest rate rises will now largely be a function of wage growth as opposed to inflation.

Yes, controlling inflation remains the RBA's central concern, but the message is that the kind of inflation the RBA is interest is that driven by wage increases which in turn reflects underlying economic health.

"Our judgement is that this condition for a lift in the cash rate will not be met before 2024," said Lowe.

"Meeting this condition will require a tighter labour market than we have now. Our assessment is that wages will need to be growing by at least 3 per cent. We remain well short of this," he said.

He noted that even in industries where there has been strong demand for labour, wage increases remain mostly modest.

The Governor's speech came a week after the central bank signalled it would extend its current pace of quantitative easing of A$4BN a month until February in response to economic contraction in the third quarter.

The RBA expect growth to recover in the fourth quarter and extend through 2022.

The economy is expected to return to pre-pandemic trends in the second half of 2022, necessitating the retention of supportive monetary policy settings at the RBA said Lowe.

A constant source of interest to economists and those watching Australian financial markets are house prices, in that it is often assumed the RBA would raise rates to cool the country's hot house prices.

"I would like to address the question of housing prices, as some analysts have suggested we might lift the cash rate to cool the property market. I want to be clear that this is not on our agenda," said Lowe.

Lowe said that while he was conscious that house prices matter there were other tools available to ensure they remained stable without having to resort to raising interest rates and destabilising other elements of the economy.

"More broadly, society-wide concerns about the level of housing prices are not best addressed through increasing interest rates and curbs on lending," he said.