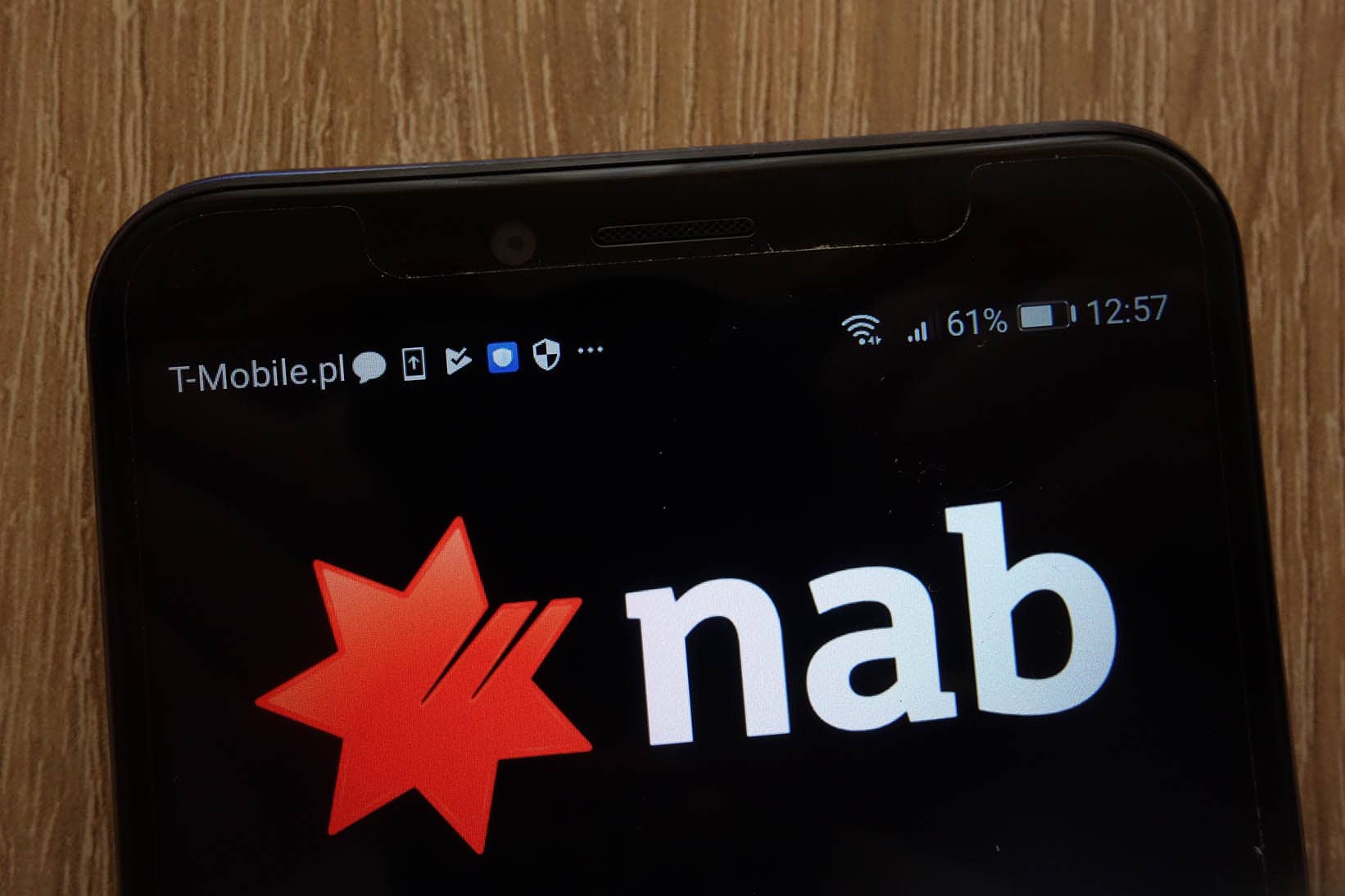 Any weakness in the Australian Dollar is likely to be temporary, say foreign exchange analysts at Australian lender National Australia Bank (NAB).

In a monthly exchange rate forecast briefing, NAB say that while the Australian Dollar has been dragged down a bit by a deterioration in investor risk sentiment of late, commodity price pressures still remain "strongly positive."

"Barring a much deeper or protracted risk sell-off, it is commodity prices relevant to Australia that provides the key underpinning for the AUD rally in the latter half of 2020," says Ray Attrill, Head of FX Strategy at NAB. 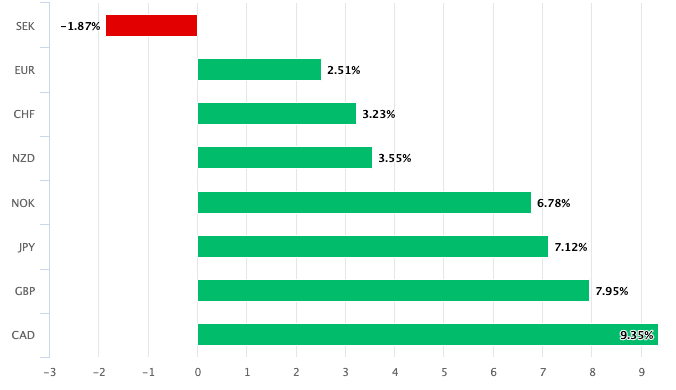 Above: Australian Dollar performance against its peers over the past year.

The Australian Dollar enjoyed a stellar 2020, riding a sharp rally in commodity prices and stocks through the second half of the year as investors geared up for a strong post-pandemic recovery, with the move fuelled by an abundance of liquidity provided by the world's central banks.

This outperformance has extended into 2021, but an easing of sentiment over the course of the past week has meant that the currency has lost some of its upside impetus. Highlighting this loss of traction in AUD, the GBP/AUD exchange rate has risen by over 2% in the past two weeks.

Australia's Dollar is said to maintain a 'high beta' with investor sentiment, and U.S. stock markets in particular. The correlation between the Aussie Dollar and the S&P 500 index is particularly strong, as highlighted by the below chart from NAB: 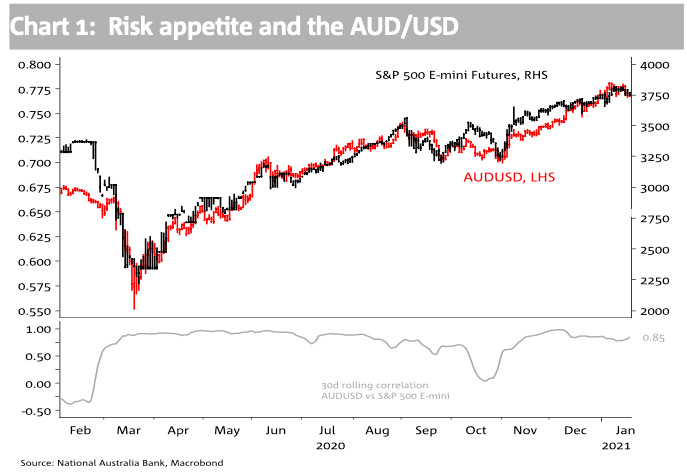 Above: AUD's 'high beta' on display.

Attrill observes an ongoing strong positive correlation between risk sentiment as proxied by the S&P 500 and AUD/USD.

NAB are wary of a pullback in risk sentiment over coming weeks, which could yield further short-term declines in the Aussie Dollar.

But, focussing too heavily on the Aussie Dollar's relationship with stocks means a potential risks only half the story being read and Australia's status as a commodity producing powerhouse should underpin the currency's valuation. 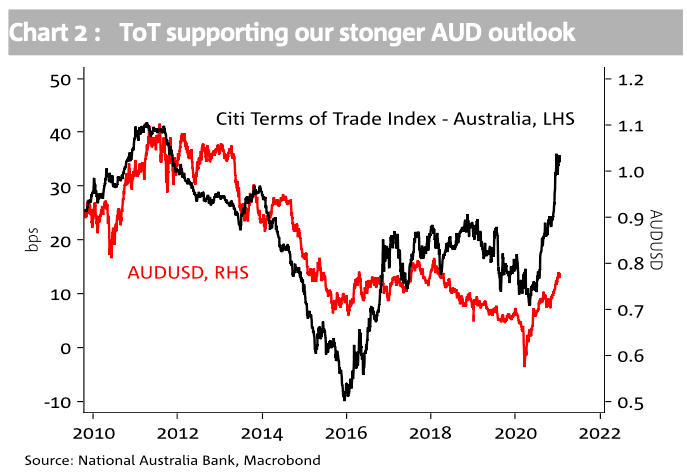 Australia's preliminary trade balance for December showed exports rose 16% m/m, while imports fell 9%, with the Australian Bureau of Statistics saying a large increase in iron ore exports were behind the strengthening in the country's trade position.

Iron ore exports increased in both quantity and quality, going up 11% in December. 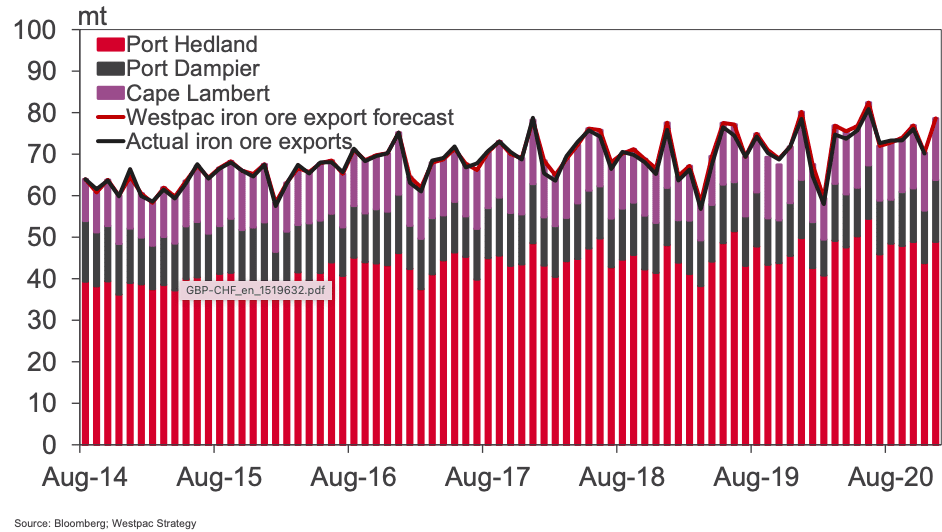 Meanwhile, coal exports - the country's second most important export - also rebounded strongly, despite a shadow ban on the product being introduced by China.

Coal export volumes out of Newcastle reached a 4-month high, Dalrymple/Hay Point reached a six-month high and Gladstone reached a one-year high, according to Westpac economist Robert Rennie in a recent briefing to clients.

"The sharp improvement in December volumes is likely due to cold winter conditions in Asia; heavy rains in Kalimantan and rising demand out of Japan, South Korea and Taiwan. Closures in the Hebei region in China due to a Covid outbreak has also helped demand for thermal coal," says Rennie.

According to NAB, the rally in commodity prices and demand continues to be driven by the Chinese economic recovery which is expected to extend.

However, the emergence of a broader global recovery in the latter half of 2021 should provide a backstop to the supportive role played by Chinese commodity demand in the Australian Dollar story.

"It will take a challenge to the view that vaccine roll-outs in major economies will succeed in allowing for fuller economic re-opening and much stronger growth come H2 2021, to prompt a decline in commodity prices of sufficient magnitude to hurt the AUD," says Attrill.

For the consensus estimates for GBP/CAD in 2021 from the world's leading financial institutions and investment banks, Global Reach have compiled a valuable document, available for download now.

The Australian Dollar-to-U.S. Dollar exchange rate is forecast by NAB to be at 0.77, 0.800 and 0.83 for the aforementioned timeframes.