Australia's Dollar was one of the poorer performing major currencies midweek having risen tentatively against only the Kiwi and Swedish Krona while suffering its largest decline at the hands of a resurgent Pound.

Sterling topped the board among major currencies again on Wednesday after the Bank of England appeared to remove one of the last remaining impediments to investors' participation in British exchange rates when Governor Andrew Bailey poured cold water over the idea of an experiment with negative rates.

Bailey gave short-shrift on Tuesday to the idea that negative rates could do much for the economy, lifting the Pound in the process. This, combined with the removal of 'no deal' Brexit risks has enabled investors to focus on more positive fundamental drivers like the UK's success on the vaccine front.

"The overall picture may, for the first time, be a reaction to hope that the acceleration in vaccination rollout is going to brighten things up in the second half of the year. I've been surprised by sterling's strength in the last few days, but I do think EUR/GBP should fall towards 0.85 over time and GBP/USD will be trading in the 1.40s later this year," says Kit Juckes, chief FX strategist at Societe Generale. 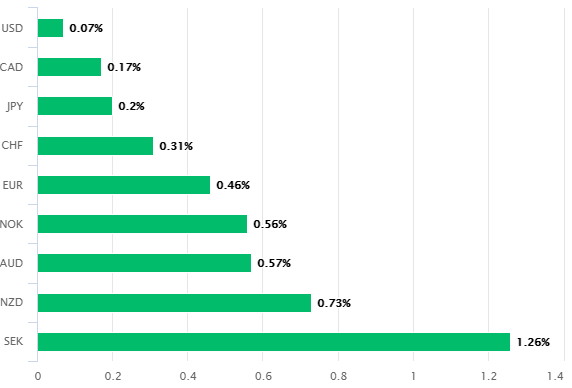 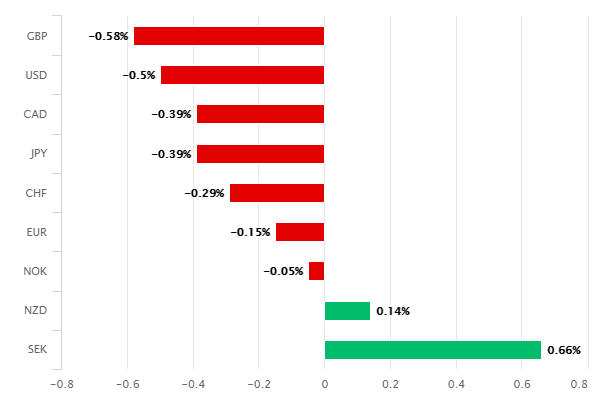 The UK has the second largest vaccine orderbook in the world and is vying with a handful of other smaller economies in a race to vaccinate as much of the population as it can in as short a time as possible. Prime Minister Boris Johnson said last week that 15 million should receive a first dose by mid-February, meaning that by that time more than a quarter of the population will either have already had the virus or been vaccinated against it.

"AUD should have been one of the largest beneficiaries of lower UST yields, but has instead been an underperformer," says David Forrester, a strategist at Credit Agricole CIB. "Declining iron ore prices are weighing on the AUD and are lower on the back of concerns about demand. Covid-19 outbreaks in Japan and China – two large markets for Australia’s iron ore – are weighing on iron ore."

Australia's Dollar has stalled meanwhile and largely thanks to new coronavirus infections that have placed a question mark over the short-term outlook for growth in China and so demand for Australia's iron ore exports. China's quick recovery in 2020 from its January-to-March coronavirus shutdown provided a strong tailwind to the commodity-linked Aussie last year and is expected to lift the Australian economy to the top of the G10 league in 2021 but China's virus woes have dealt both a short-term setback. 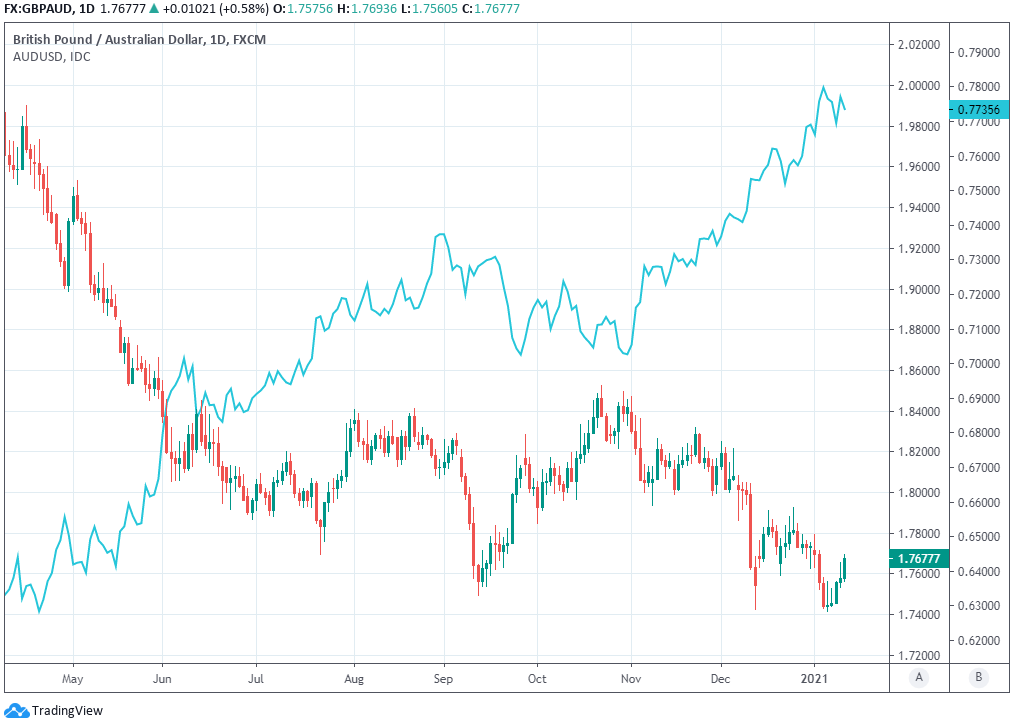 "Winners in the pandemic, in terms of how growth forecasts have moved, are the US and Australia. Australia is also the G10 economy where there has been the biggest upgrade in the last three months. The AUD has had a good run but one days when it is lower thanks to concerns about its relationship with China, I would look to buy into dips," says Societe Generale's Juckes.

Juckes and others see the main Sterling exchange rate GBP/USD having scope to rise above 1.40 this year which, if combined with Wednesday's 0.77 level of AUD/USD, would lift the Pound-to-Australian Dollar rate to 1.80. GBP/AUD always closely reflects relative moves in GBP/USD and AUD/USD, but if an advance to 1.80 happens at all it would likely take time to play out because the Australian Dollar is also a popular prospect with investors, which means AUD/USD is unlikely to take the rest of 2021 lying down.

"UK rate differentials versus G10 peers (weighted basis) has also widened to its highest levels for the year and have even widened against the USD. For now, we believe this will prove supportive for GBP," says Kamal Sharma, a strategist at BofA Global Research. "Higher GBP/USD remains the cleanest expression against the backdrop our medium-term bearish USD view. However, we have looked at the other major GBP crosses versus respective yield spreads. Here GBP/JPY; GBP/AUD and EUR/GBP standout as other expressions of a higher GBP based on spread widening in favour of the UK." 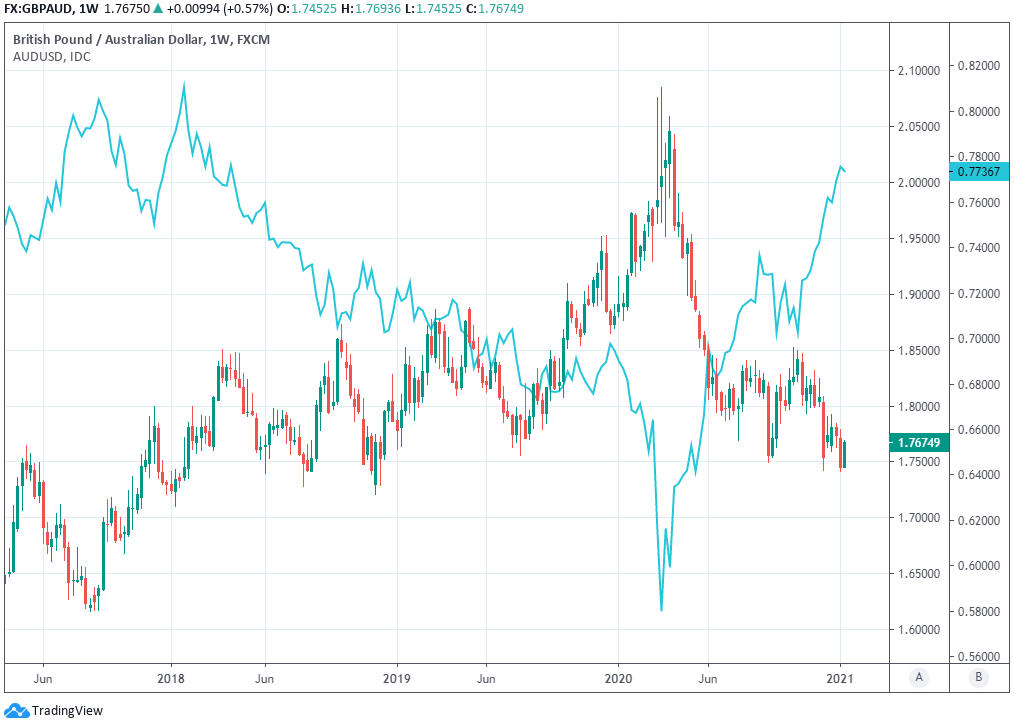