- AUD on offensive as Chinese data boosts, ahead of RBA decision.

The Australian Dollar was on the offensive Monday and analysts are looking for it to make further gains in the days ahead even in the face of a likely Reserve Bank of Australia (RBA) interest rate cut, which is expected overnight.

Australia's Dollar was boosted at the start of the new week when IHS Markit said the Chinese manufacturing sector likely continued to grow during the month of May, despite last month's escalation of the so-called trade war with the U.S.

China's Caixin manufacturing PMI held steady at 50.2 last month, above the 50 threshold that separates expansionary conditions from the contractionary. The survey result contradicts China's official PMI, which suggested last week that the industrial sector contracted in May.

"This seems to suggest that the private sector has been performing more resiliently than the state-owned firms, largely due to the targeted supportive policies from the government this year," says Hao Zhou, an analyst at Commerzbank.

The Aussie has a strong positive correlation with the Chinese Renminbi and Australia's economy is sensitive to changes in Chinese demand for raw materials given the large bilateral commodity trade between the two countries.

However, it's the market response to the RBA's Tuesday interest rate decision that's expected to power the Aussie higher during the days ahead, which could be more bad news for a beleaguered Pound-to-Australian-Dollar rate.

The RBA will announce its latest interest rate decision at 05:30 and is expected to reduce the cash rate from 1.5% to 1.25%, which would be the first cut since August 2016. 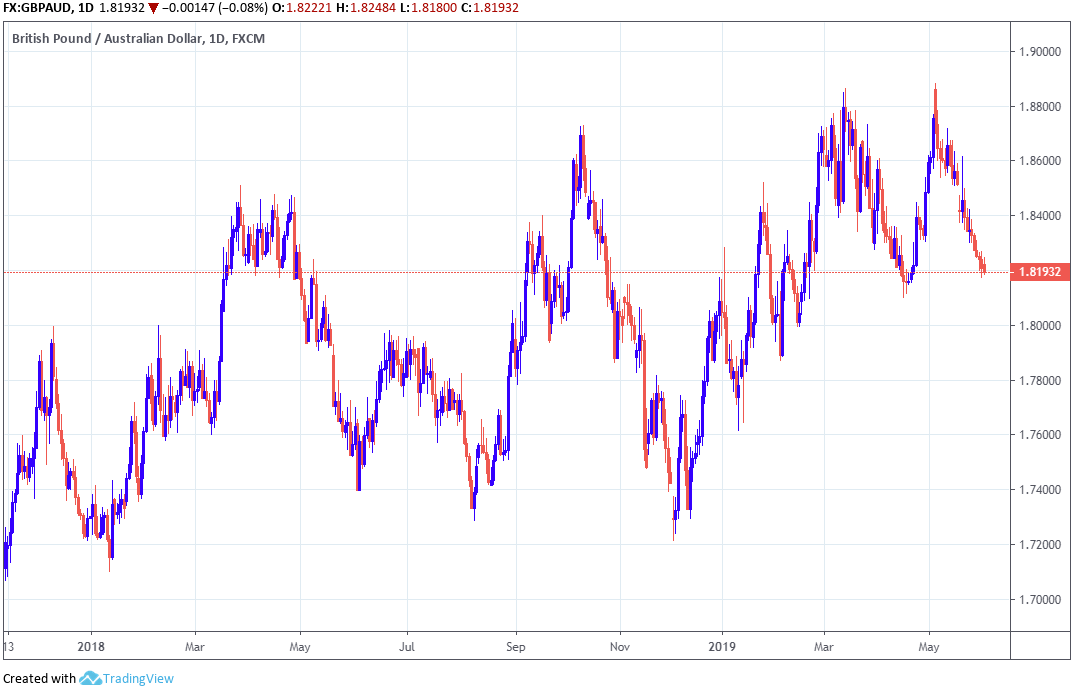 "AUD/USD could lift overnight despite the virtual certainty the RBA cuts the cash rate to 1.25% (5:30am London). A 25bp cut to the RBA cash rate is over 100% priced. Therefore, unless the RBA flags the likelihood of more cuts in the accompanying statement, AUD will lift," says Kim Mundy, a strategist at Commonwealth Bank of Australia.

This would be what analysts refer to as a 'buy the rumour, sell the fact' response. The Aussie has already depreciated significantly ahead of the RBA meeting, so much so that the actual event is now expected to produce a positive reaction rather than encouraging more losses.

Mundy says the RBA tends to play a "straight bat" that sees it avoid tying itself up with early commitments to future policy action and so it's unlikely to give speculators anything new of future interest rate cuts this Tuesday.

That might cause some investors to question whether they've gotten ahead of themselves on the bets they've already made about the RBA this year. Financial markets have fully priced-in two RBA interest rate cuts for 2019 and are now flirting with the idea of a third. 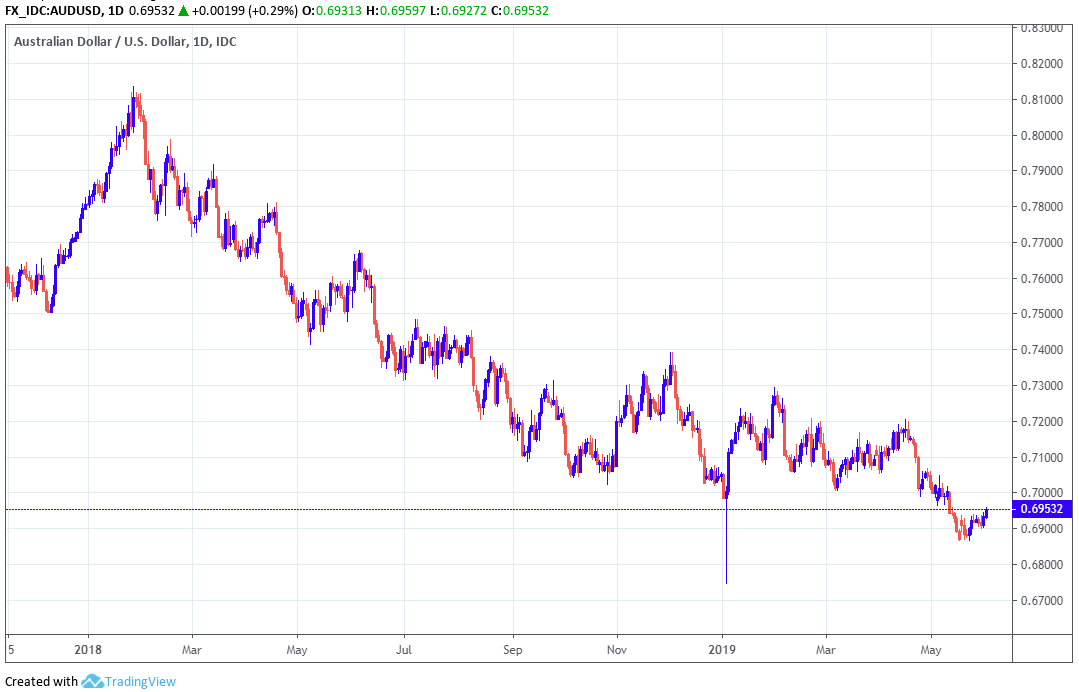 RBA governor Philip Lowe said last month the bank would "consider" the case for a rate cut this Tuesday, after first-quarter inflation data surprised on the downside and as other developments in the economy forced the RBA to cut its Aussie growth forecasts.

Inflation has been below the 2%-3% target for a number of years and the RBA needs faster economic growth to coax it higher. Only now the economy is slowing and the outlook for it turning darker amid the U.S.-China trade war.

"A 25bp cut is widely expected and fully discounted and the focus will therefore be on whether the statement supports the further cut and high risk of a third that the forward curve discounts. We think the risk is of disappointment, with the RBA retaining an easing bias, but offering little more in terms of forward guidance," says Adam Cole, chief FX strategist at RBC Capital Markets.

Cole says the RBA will likely assume "strong pass-through" to variable mortgage rates that puts more money in the pockets of Australian households that have mortgage debt, which is another reason why the bank might not want to be seen on Tuesday commiting to future interest rate cuts.

RBC Capital Markets has told clients to bet on an increase in the AUD/NZD rate, targeting a move up to 1.08 over the coming days, from 1.0598 on Monday. And Commonwealth Bank of Australia is looking for the AUD/USD rate to rise, which might mean the Pound-to-Aussie rate finds itself on its back foot this week. 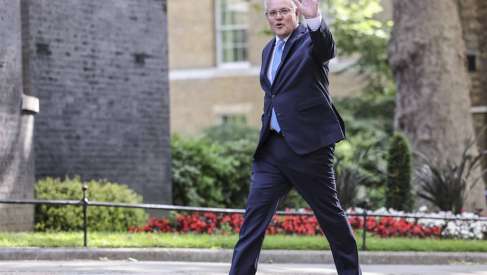