"The aim of policy is to anchor inflation expectations more firmly around the mid-point of the target band and to increase confidence of attaining the inflation target sustainably over time," - SARB Governor Lesetja Kganyago 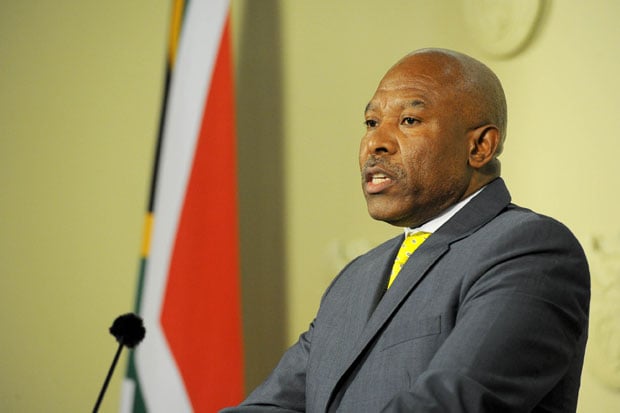 South Africa's Rand was higher against the Euro and Swiss Franc but trailing behind other counterparts within the G20 grouping of currencies at the time when SARB policymakers voted by the narrowest of majorities to lift the repo rate by three quarters of a percentage point to 7%.

The decision left the benchmark for borrowing costs sitting at its highest since soon after the financial crisis of 2008 and came in response to inflation that has risen above the top end of the three-to-six percent target band though two out of five Monetary Policy Committee members favoured a smaller increase.

"The MPC views the current monetary policy stance as being supportive of the economy and credit growth," says Carmen Nel, an economist and macro strategist at Matrix Fund Managers.

"The SARB seems willing to take the policy stance into restrictive territory. As such, a further interest rate increase at the January meeting should be the base case. The size of that increase will depend on how quickly inflation rolls over from the upside surprise in the October release," she adds. 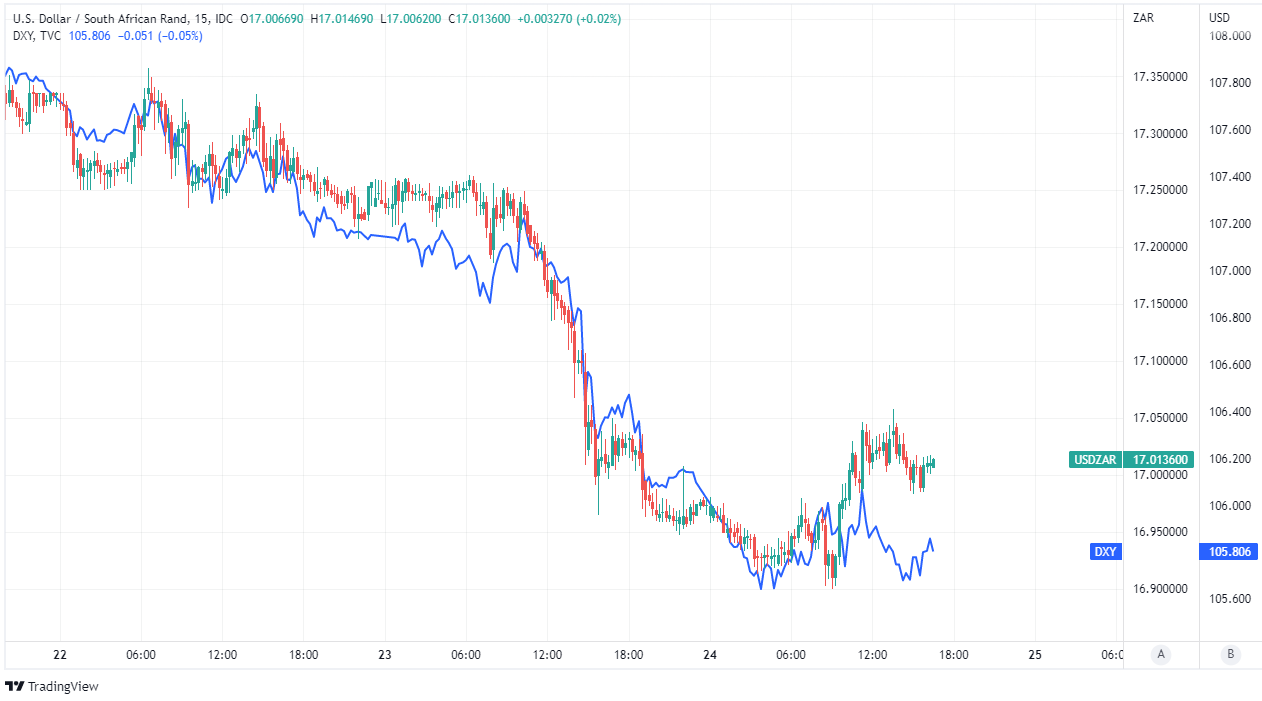 Above: USD/ZAR shown at 15-minute intervals with U.S. Dollar Index. If you are looking to protect or improve your international payment budget you can secure today's rate for use in the future or set an order to lock-in your ideal rate whenever it becomes available. More information can be found here.

The Rand appeared to recover its footing against the Dollar following the decision but had previously ceded ground to it and despite the greenback itself beating a retreat from most currencies amid a rethink in the markets about the outlook for Federal Reserve (Fed) interest rates.

"The SARB has upped its local food price inflation projection for 2022 to 8.8% from 8.1%, partly due to the “weaker exchange rate”. The forecast for 2023 has also been increased," says Lara Hodes, an economist at Investec.

"While the domestic currency along with other emerging market currencies has gained some ground on a weakening greenback it is still -7.0% weaker on a year-to-date basis and remains a risk to the inflation outlook," Hodes adds.

The reserve bank lifted its shortest term inflation forecasts on Thursday but lowered projections for next year and downgraded all forecasts for local economic growth in the years ahead on Thursday while also crimping its expectations the trade-weighted or overall South African Rand exchange rate.

It now anticipates deeper declines than it did previously with losses of almost five percent seen likely for next year and spoke of a need to guard against any increase in inflation expectations, which was a partial driver of Thursday's interest rate decision.

"The aim of policy is to anchor inflation expectations more firmly around the mid-point of the target band and to increase confidence of attaining the inflation target sustainably over time," Governor Lesetja Kganyago said. 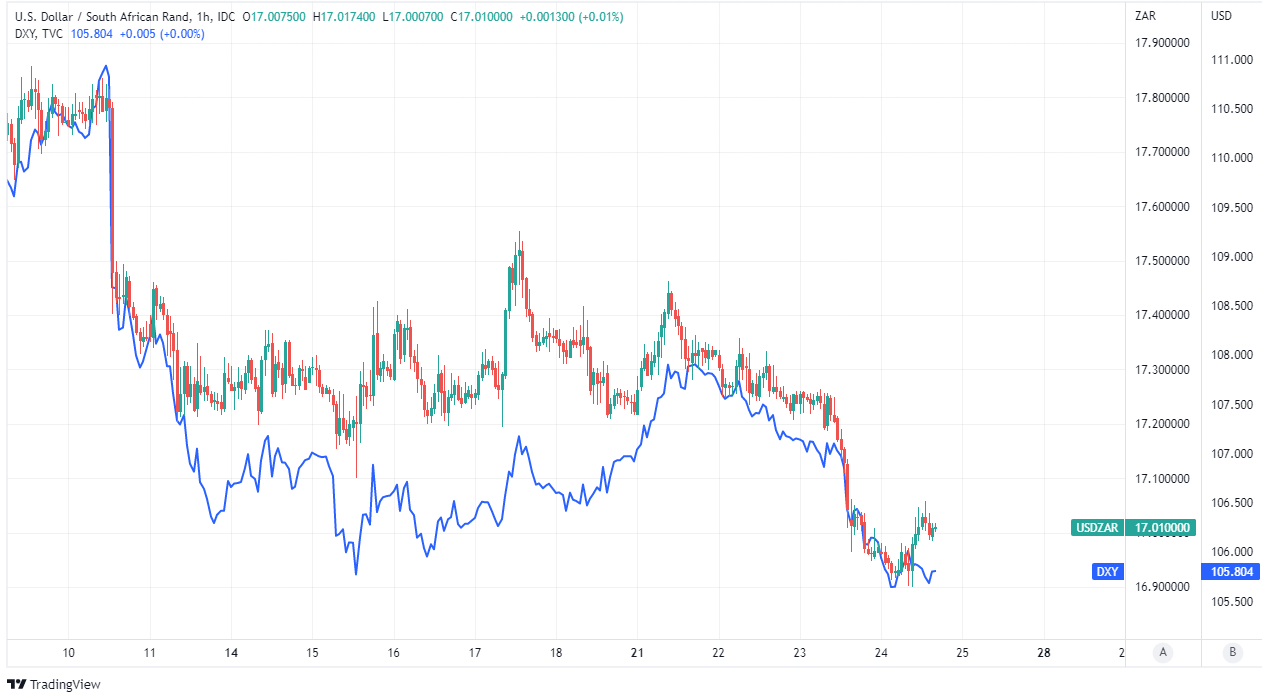 Above: USD/ZAR shown at hourly intervals with U.S. Dollar Index.