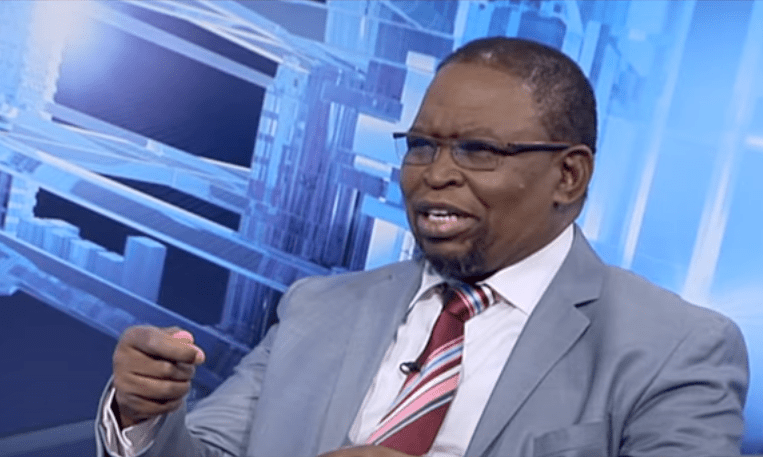 The Pound was back to testing its July highs against the South African Rand amidst falling stock markets and commodity prices linked to soft sentiment amongst global investors, although domestic developments concerning the country's finance minister are seen as supportive of the medium-term outlook says Investec.

Investor sentiment has deteriorated in the week starting August 16 amidst rising expectations that global economic growth rates are due to slow as the Delta variant of Covid pressurises Asian and Pacific countries to tighten restrictions.

Anxieties are largely centred on China where growth has slowed sharply over the course of the past three months due to the impact of bad weather and a COVID resurgence.

"The investor mood remains sour in Asia on the back of concerns of the spread of the delta variant as well as signs of slowing Chinese growth following weak China data on Monday," says Valentin Marinov, Head of G10 FX Strategy at Crédit Agricole.

The Pound-to-Rand exchange rate (GBP/ZAR) was seen knocking on a resistance level located at 20.64, it was here that the rise in the pair failed in late July: 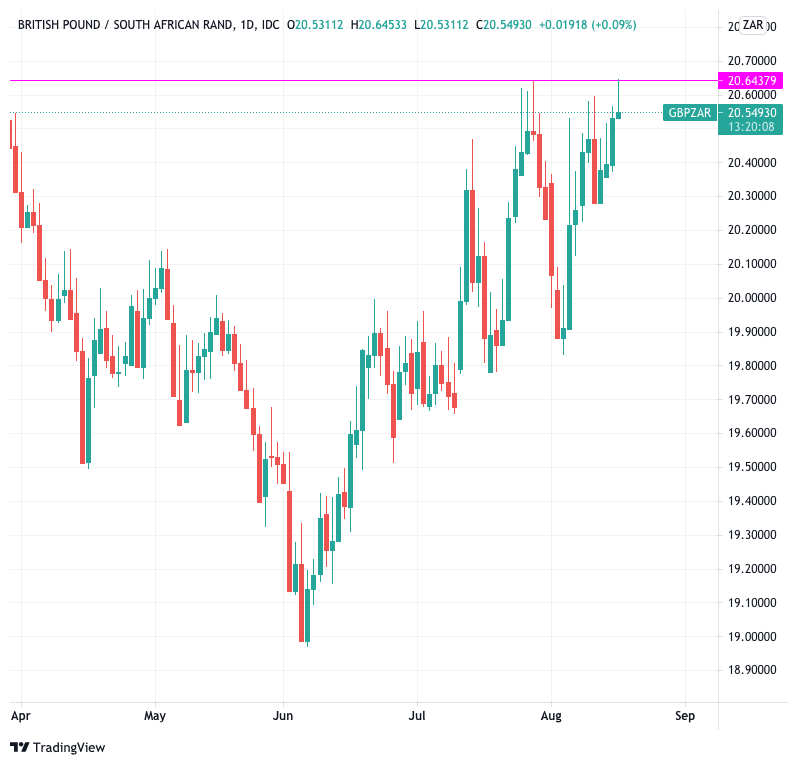 For GBP/ZAR to convincingly break above the resistance noted in the above chart, another impulse of market negativity is likely required.

Concerning the outlook, Standard Chartered say they expect the Chinese economy to ultimately remain robust, which should eventually limit investor concerns and allow for a recovery in commodity and Emerging Market currencies, such as the Rand.

"Growth is likely to recover in August and September, driven by reconstruction activity in areas hit by typhoons and flooding. Businesses are expected to normalise on the government’s effective containment of the COVID spread," says Wei Li, an economist at Standard Chartered.

However, given the uncertainty associated with the Delta variant timing will remain difficult and for the Rand the near-term looks to favour further downside.

But looking at the South African economy and the Rand over a multi-month timeframe, recent domestic developments are supportive.

Concerns over the sudden departure of Finance Minister Tito Mboweni - that lead to a knee-jerk selloff in ZAR - have proven short-lived and the country's leadership appears committed to improving its fiscal position.

"The rand has pulled back from last week’s R14.91/USD, on the drop in US consumer confidence and monthly CPI while Finance Minister Godongwana sounds the right notes on fiscal restraint, cheering markets," says Annabel Bishop, Chief Economist with Investec Bank in South Africa.

Godongwana has said non-interest expenditure will be reduced to 4.0% of GDP with a primary focus on the cost cutting coming from government’s wage bill, and that there will be continuity in the fiscal policy trajectory set by Mboweni.

Godongwana said he and Mboweni came from the same party and therefore do not have different mandates.

"From that perspective there will be continuity in terms of the sustainable fiscal path he (Mboweni) has chosen... as things stand, I do not see any changes in the fiscal framework," said Godongwana.

"Godongwana’s political seniority and leadership style will aid in his ability to communicate clearly, with a likely interactive style, the ANC’s position on fiscal policy restraint, and aid his ability to say no where needed in the face of expenditure pressures," says Bishop.

Bishop notes that Godongwana is committed to not increasing taxes over the medium term, which is seen as the period through to 2025.

"The rand doubtless gained some support from all his comments, as did the bond market," says Bishop.

Bishop says investors will also have taken confidence from Godongwana's commitment to structural reform, increasing skills capacity instead of introducing the controversial basic income grant, tying in with government’s plan of boosting township economies, "which would have the benefit of adding to revenues".

"A more co-ordinated policy stance communicated from all areas of government will boost business confidence, which already will have likely received some support from the new Finance Minister’s reassurances, in turn positive for economic growth and job creation," says Bishop.