- ZAR up at start of new week
- Gains come in face of renewed lockdown measures
- But restrictions unlikely to hurt economic activity, for now 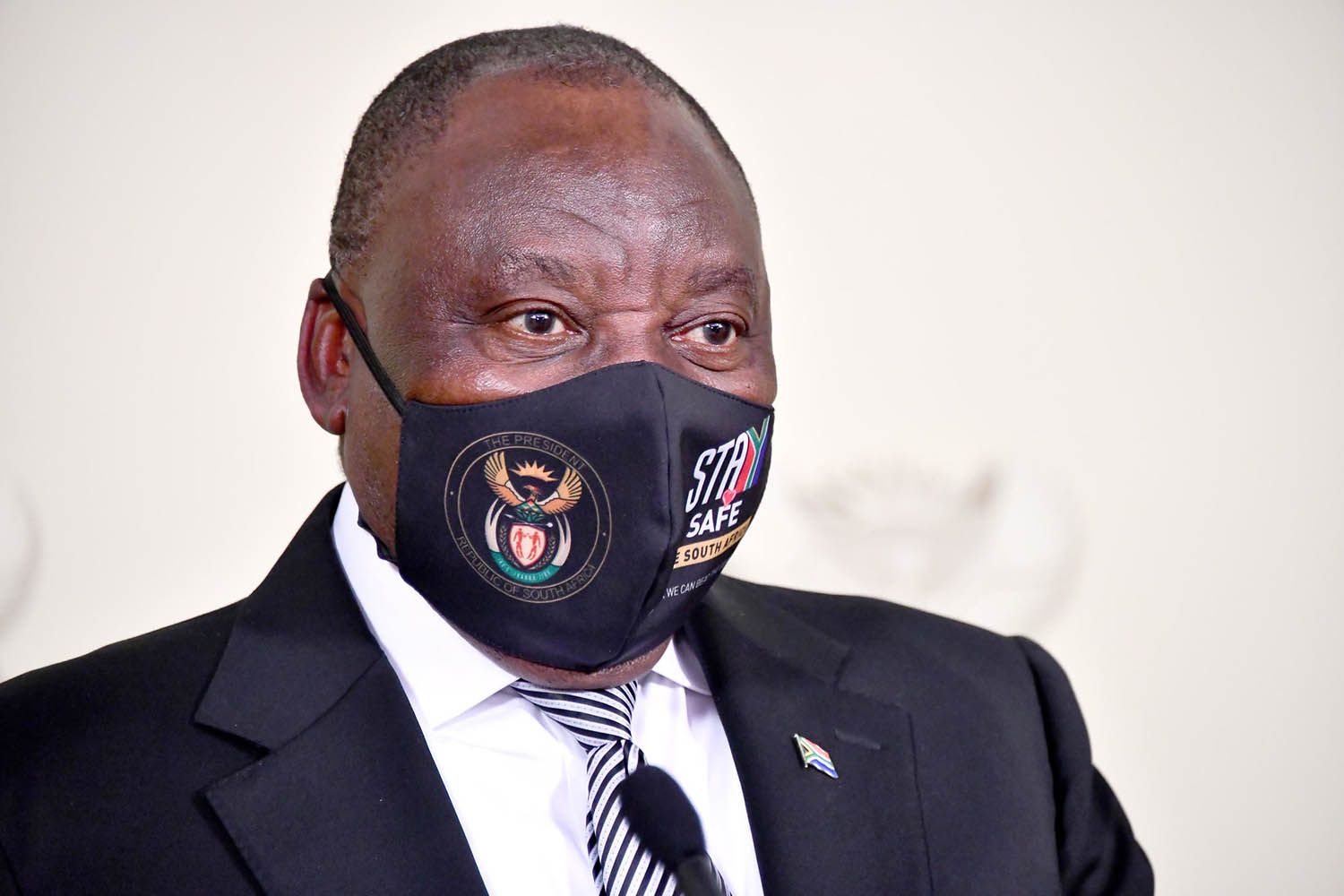 One such hot spot is South Africa where a continued upward trend in cases and deaths has prompted the government to reimpose some of those lockdown measures it had lifted some weeks ago.

The government on Sunday reimposed a ban on the sale of alcohol and introduced a nighttime curfew to reduce pressure on its hospitals as coronavirus infections rise rapidly.

President Cyril Ramaphosa said on Sunday the steps were part of the "fight to save every life, and we need to save every bed. The coronavirus storm is far fiercer and more destructive than any we have known."

The curfew will last from 9 p.m. to 4 a.m. and take effect from Monday, apart from for those travelling to or from work or seeking medical help. The lifting of a ban on alcohol saw hospitalisation rates rise sharply and the Government feels the ban will ultimately ease pressure on medical services that are becoming increasingly stretched.

Regulations on the wearing of masks will be strengthened, but the country will remain on the third level of its five-level coronavirus alert system which means broader restrictions that would choke the economy will be avoided for now. 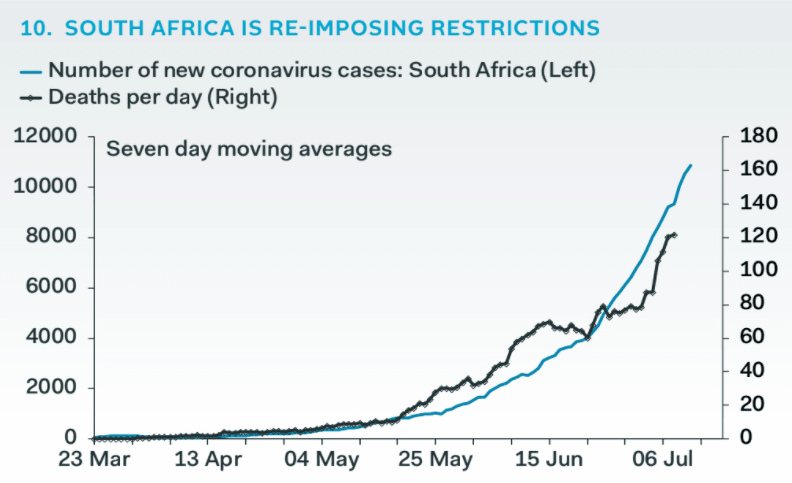 The reaction of the South African Rand to the developments - which will unquestionably hobble the economy further - suggests that for now the global picture remains more of primary driver of value than the domestic picture.

The Pound-to-South African Rand exchange rate is quoted half a percent lower at 21.17 at the time of writing as the pair looks to be sinking towards the bottom of a multi-week consolidation trade. The Dollar-to-Rand exchange rate is meanwhile at 16.77 which places it towards its lowest point since June 11. 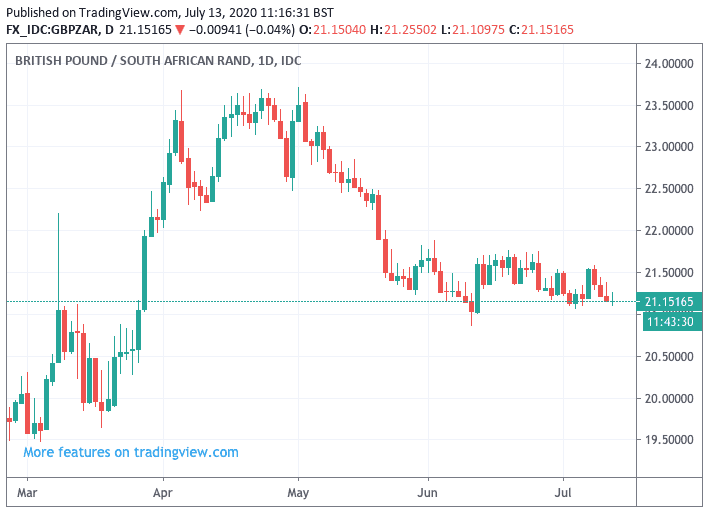 The gains by the Rand at the start of a new week comes as the Johannesburg stock exchange trades a percent higher in an echo of Asian and European market action, meanwhile commodity prices - a core currency earner for the South African economy - are also broadly firmer thanks to the ongoing robust recovery in China.

"Currencies are still playing to the tune that has dominated over the past few weeks, i.e. a continued struggle between global risk aversion and global risk appetite. The latter prevails in the end over risk-off sentiment, but this is not a straight road. Concerns about the COVID-19 pandemic – new cases are steadily rising in the US; Melbourne has just announced another six-week lockdown – are still preventing risk-on sentiment from spreading much more across markets and currencies," says Roberto Mialich, FX Strategist at UniCredit Bank in Milan.

The Rand will likely find itself coming under renewed pressure should the South African government take more concrete steps to lockdown in the face of growing covid-19 cases as for now the measures announced on Sunday do not necessarily roll back economic activity.

Yet the immediate risk to the Rand's value will prove to be a bout of stock market and commodity selling which would potentially increase capital outflows from South Africa.

With this in mind, the market's reaction to this week's corporate earnings announcements are being will be important.

"Equity markets were in a surprisingly chirpy mood on Monday, with little sign of distress ahead of what is expected to be the worst earnings season in at least 12 years. Banks will be the primary focus this week, with Citigroup, JP Morgan and Wells Fargo kicking things off on Tuesday. Financial stocks that derive a higher share of revenue from investment banking look set to be the winners as the volatile trading of the past few months is likely to have boosted those banks’ earnings," says Raffi Boyadjian,
Senior Investment Analyst at XM.com.

However, Boyadjian says although there is no doubt that this earnings season will bring plenty of surprises – good and bad – the bar has been set very low for revenue expectations. Earnings for S&P 500 companies are estimated to have slumped by about 44% in the second quarter and given the impressive pace at which consumption bounced back in the United States and elsewhere after the lockdowns were eased in May, many firms will have an easy job in beating the gloomy forecasts.

"And this is what most traders appear to be betting on, with US stock futures gaining around 0.6% in European trading, having sharply reversed higher on Friday. Shares in Asia closed mostly in positive territory today and European stocks jumped by over 1% at the open as optimism about the economic recovery from the virus continues to prevail over the still hugely uncertain outlook," says Boyadjian.